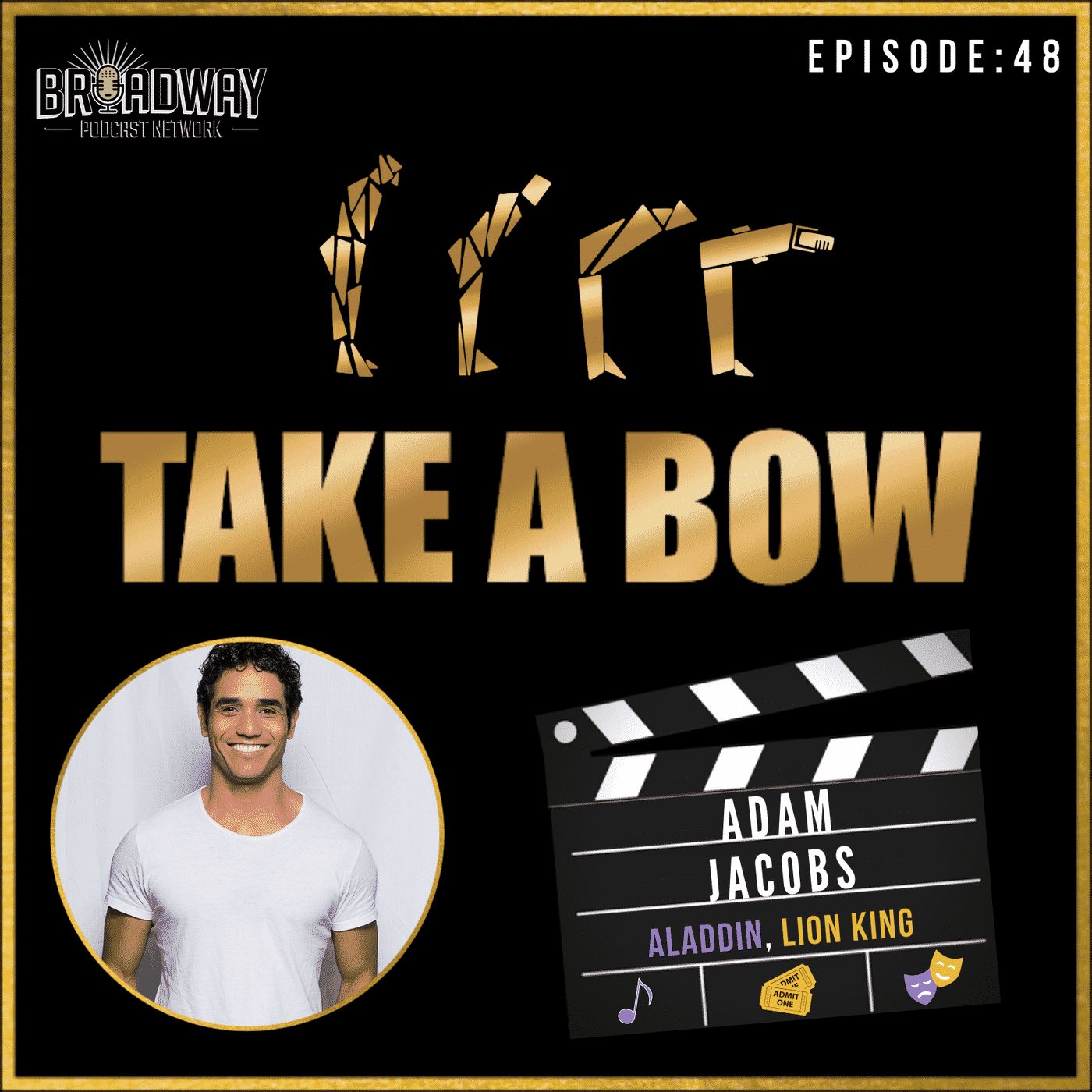 #48 – Adam Jacobs, The Prince of Disney on Broadway

Grammy and Drama Desk Award Nominated Actor, Adam Jacobs joins the podcast to discuss his upcoming docu-concert, Behind The Curtain with Adam Jacobs. Adam gives a peak behind the curtains of his journey through 3 Broadway shows (Aladdin, Lion King, and Les Miz) on this episode, however he completely opens the curtains in the docu-concert. It is currently available to preorder on the iTunes store. With a background unlike any other and playing the title role in Aladdin for 7 years, his stories never failed to put you in disbelief or put a smile on your face.

We wrap up the episode with a discussion about another upcoming project called Last Call in the Dog House. Which leads to a discussion about the divide in actors of the theatre and film industry. Jacobs also shares his point of view on the difference between stage and camera acting. A fun and insightful episode you won’t want to miss. *Special “Thank You” to Bruce Reissman!*