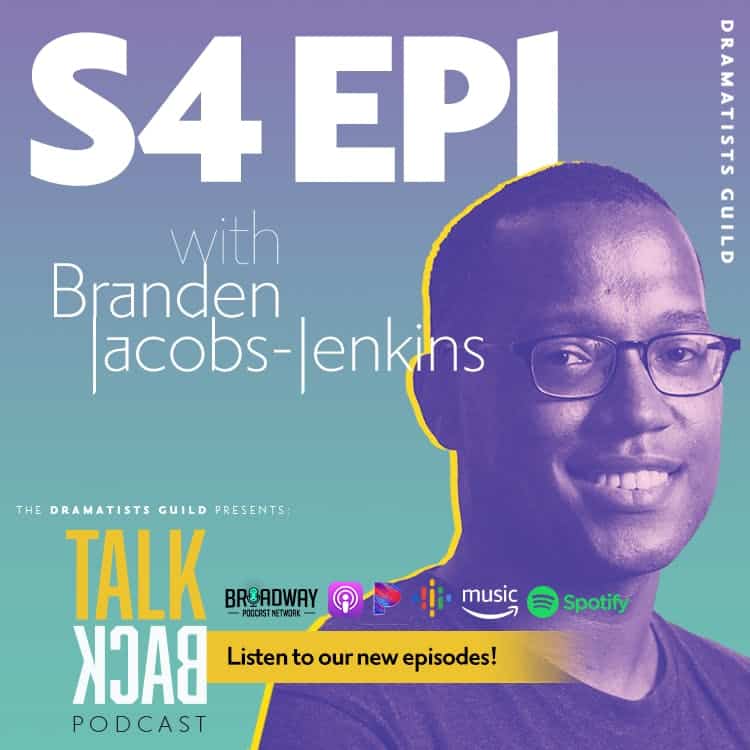 S4E1 “You should feel weird if they love what you do”: A Conversation with Branden Jacobs-Jenkins

DG Council Vice President Branden Jacobs-Jenkins has made his career by building community with other writers – even if that community started as three blogs in the early aughts. In this episode, Branden tells Talkback host Christine Toy Johnson about his passion for fair and equitable treatment of writers and how his role at the Dramatists Guild enables him to advocate on behalf of his community of fellow playwrights, composers, lyricists, and librettists. He also discusses some of his earliest work as a young writer, revealing how his love of R.L Stine’s Goosebumps led to an interest in theatrical adaptation.

This season of Talkback was produced by Amy VonMacek and Christine Toy Johnson, with postproduction by John Marshall Media. The music is composed by Andrea Daly. Talkback is a production of the Dramatists Guild of America and is distributed by The Broadway Podcast Network.