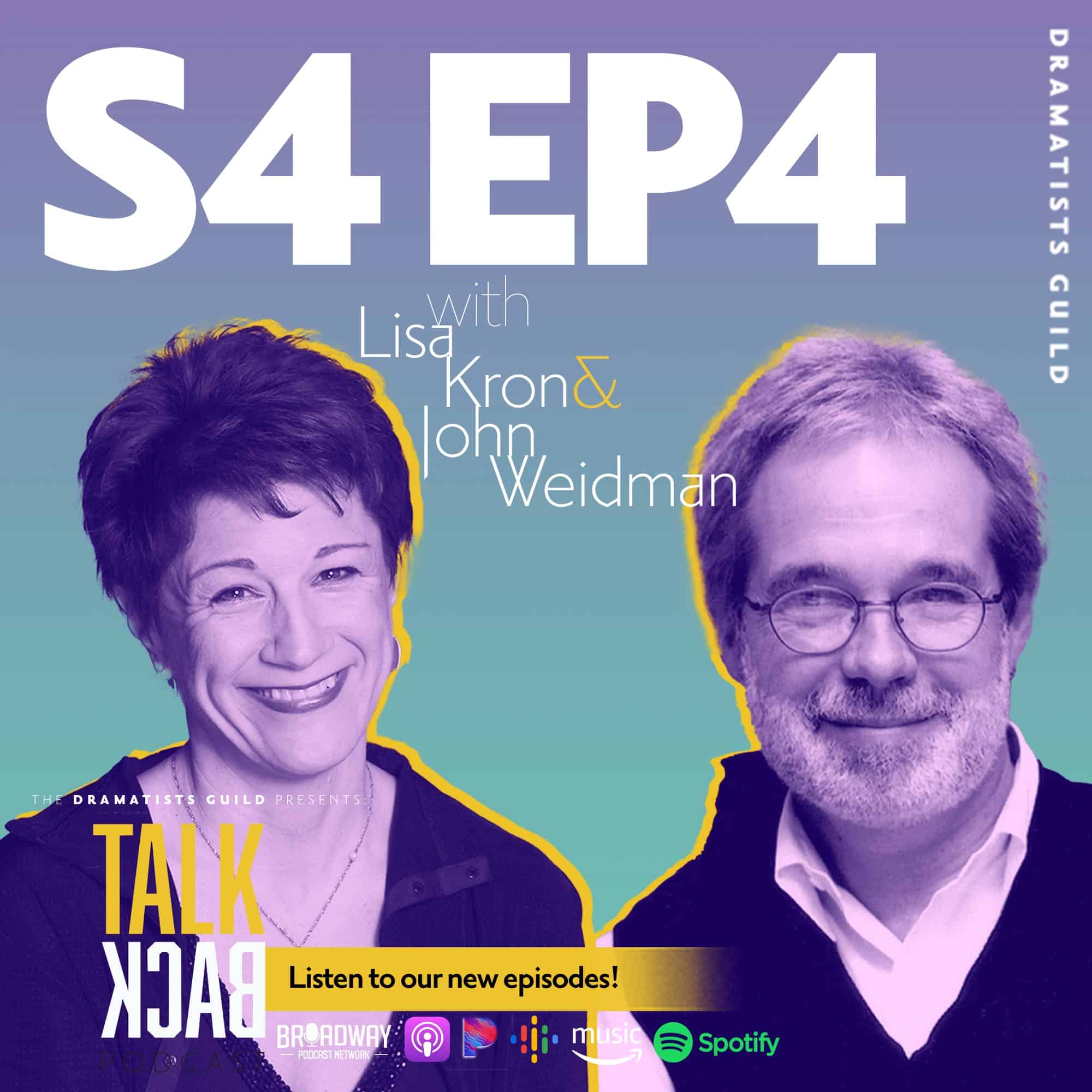 S4E4 Talking is Easy, Writing is Hard: A conversation with Lisa Kron and John Weidman

In this episode, Christine interviews longtime friends and colleagues, Lisa Kron and John Weidman. Both John and Lisa have served as officers on the Dramatists Guild Council; under their purview, the Guild grew to become a national organization that seeks to serve writers of all backgrounds. They discuss the labor relations and gender equity issues that fueled their respective desires to help lead the Guild and talk about what it means to them to advocate on behalf of their community of writers. In addition, John reveals what inspired him to write the musical Pacific Overtures with Stephen Sondheim and Lisa shares her approach to adapting and theatricalizing the musical Fun Home.