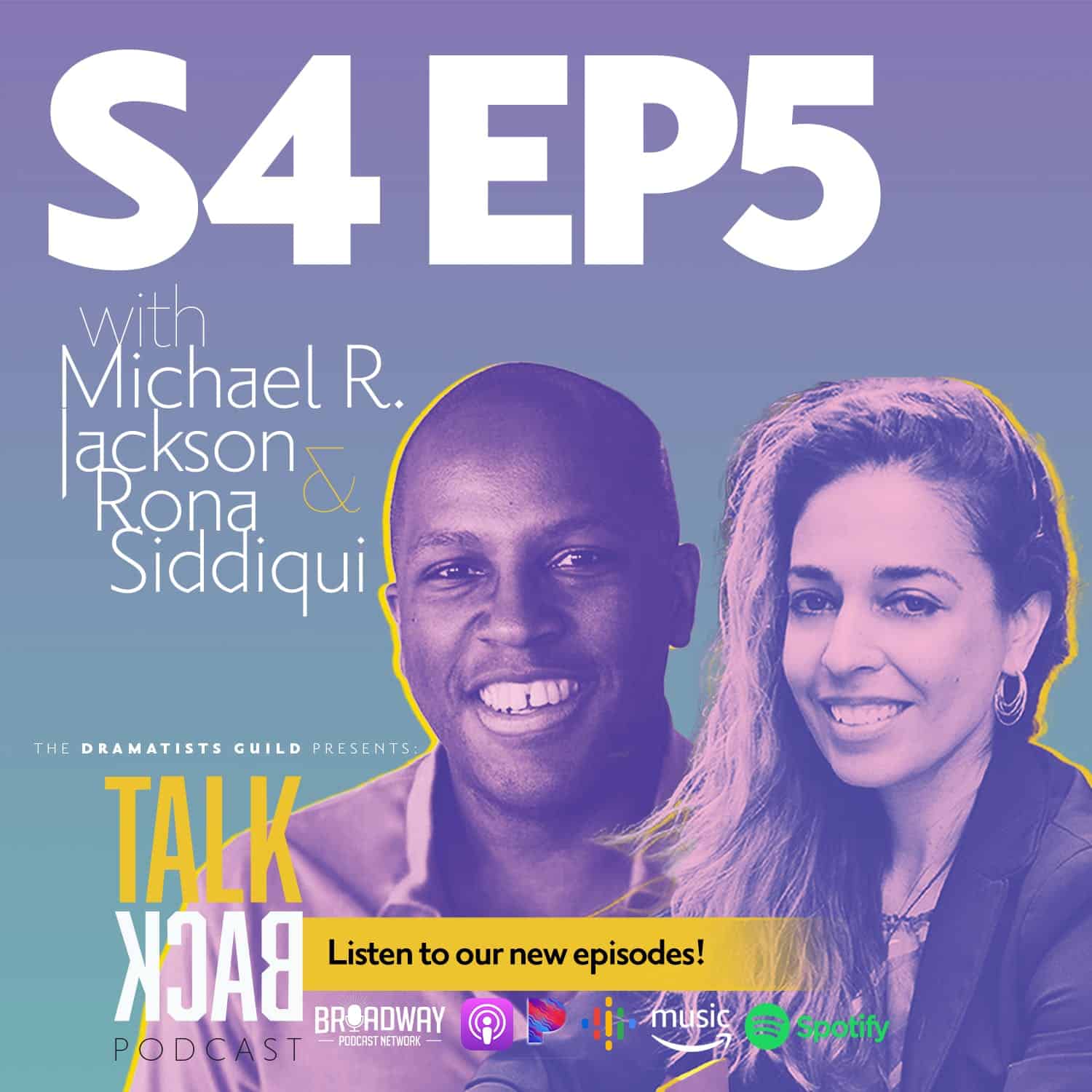 S4E5 Writing as a Way For Me to Make Sense Out of Certain Things: A conversation with Rona Siddiqui and Michael R. Jackson

In this episode, hosted by Christine Toy Johnson, Michael R. Jackson and Rona Siddiqui share their creative inspirations, discuss their collaboration on the upcoming musical White Girl in Danger, and reflect upon their respective journeys with the Pulitzer Prize and Tony Award winning musical A Strange Loop, which was recently nominated for a 2023 Grammy Award for Best Musical Theater Album. They also discuss the importance of advocating for their community; as active members on the Dramatists Guild Council, both Michael and Rona are passionate champions of supporting and empowering their fellow writers.

This episode first premiered in June 2022, in celebration of A Strange Loop‘s meteoric success at the Tony Awards. A Strange Loop is currently running on Broadway until January 2023. For tickets, please visit: https://strangeloopmusical.com/