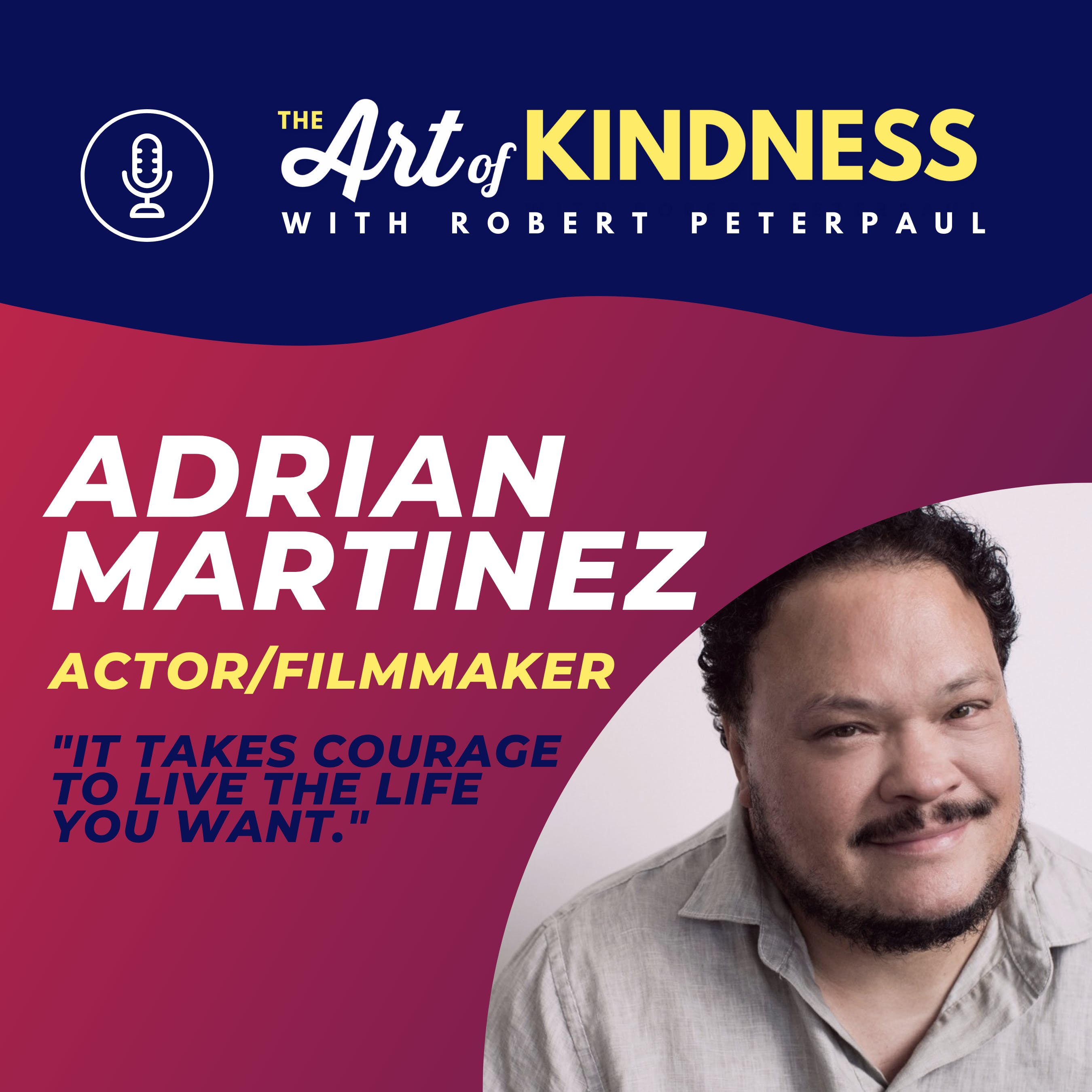 Actor Adrian Martinez joins host Robert Peterpaul to discuss his directorial debut “iGilbert,” acts of kindness throughout his career, finding the courage to live the life you want, his acting process and more.

Adrian Martinez has over 100 television and film credits including several standout sidekick roles in “Focus,” opposite Will Smith and Margot Robbie, “The Secret Life of Walter Mitty,” opposite Ben Stiller, “Casa de mi Padre,” opposite Will Ferrell, “I feel Pretty” with Amy Schumer and the CGI and live-action re-imagining of Disney’s Lady and the Tramp. On the television front, Adrian recently starred in ABC’s crime drama series “Stumptown,” and in the CBS comedy “No Activity,” produced by Will Ferrell and Funny or Die. Adrian was also a series regular in NBC’s “The Blacklist: Redemption.” Adrian’s directorial debut, “iGilbert,” a drama he wrote starring himself, Dascha Polanco (“Orange is the New Black”) and Raul Castillo (”Looking”) was recently released by Gravitas Features and currently available on demand and in select theaters.