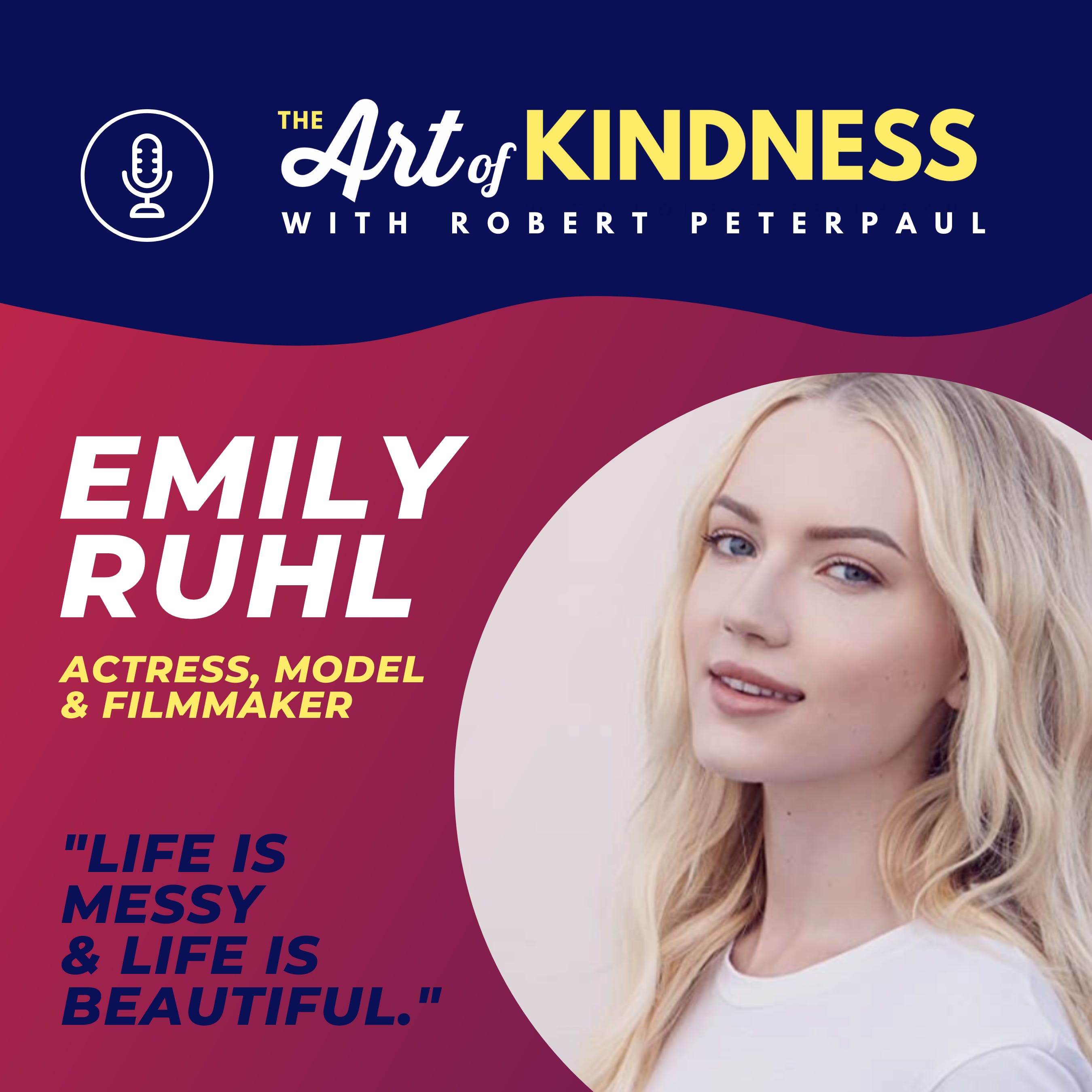 Emily Ruhl joins The Art of Kindness with Robert Peterpaul to discuss breaking through the entertainment industry as a model, actress and now filmmaker and acts of kindness along the way.

Emily was thirteen when she was scouted while attending New York Fashion Week. Shortly thereafter, the Dallas native signed her first modeling contract in Tokyo. She later returned to NYC to sign with top modeling agency Marilyn Management. She has since appeared in Teen Vogue, Marie Claire, WWD, Seventeen Magazine, Nylon, and Elle Canada amongst others. She has been the face of many cosmetic companies including Smashbox, Too Faced, the Kardashian’s KKW Beauty, and MAC. On the acting front, Emily starred opposite Nicholas Hoult in the film NEWNESS, which premiered at the Sundance Film Festival. She also made a cameo appearance in Troian Bellisario’s short film, LIFE ON MARS.

The talent made her producing, directing, and writing debut with the short film BLUE MOON. Additionally, she co-wrote and produced the theme song to BLUE MOON titled HER. She is currently in production for her first TV series, 13TH STEPPING, which she also wrote, directed, and stars in.