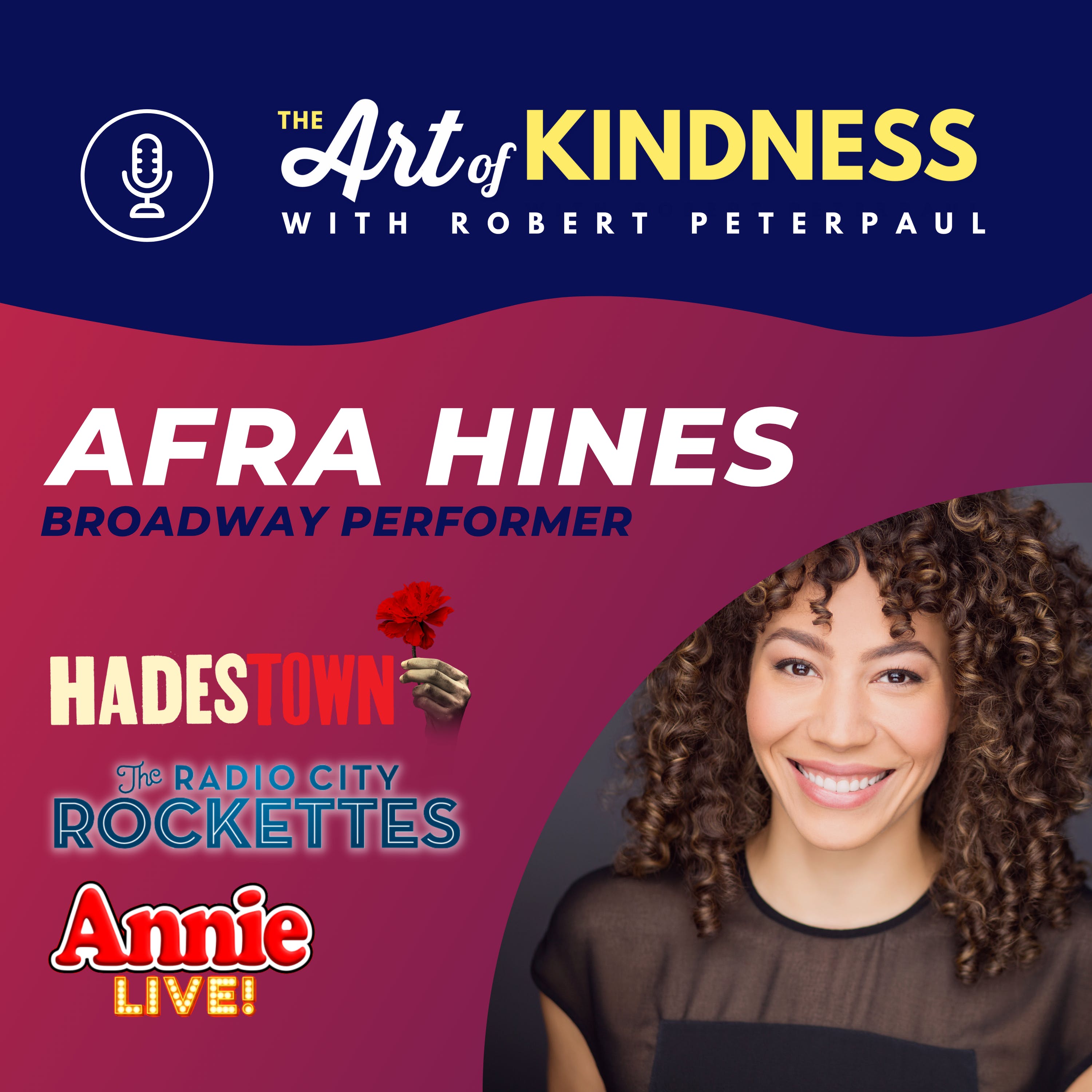 Broadway performer Afra Hines joins host Robert Peterpaul to talk being a Rockette in Radio City’s Christmas Spectacular, taking care of her body as a Broadway dancer, acts of kindness from stars like Brian Stokes Mitchell and more.

Afra is a veteran performer with 8 Broadway credits to her name. She was most recently seen in the musical Hadestown (where she understudied the role of Persephone). Some of her other favorites include: SUMMER: The Donna Summer Musical, Motown, and the Original Broadway Companies of In The Heights with Lin-Manuel Miranda, Shuffle Along with Audra McDonald, Brian Stokes Mitchell, Billy Porter and Joshua Henry, and Ghost the musical. She also spent a year on the First National Tour of HAMILTON. Additionally, Afra was a Radio City Rockette for 7 years. On screen, you can see Afra in the FX miniseries Fosse/Verdon, Amazon’s Mozart In the Jungle and, most recently NBC’s Annie Live!