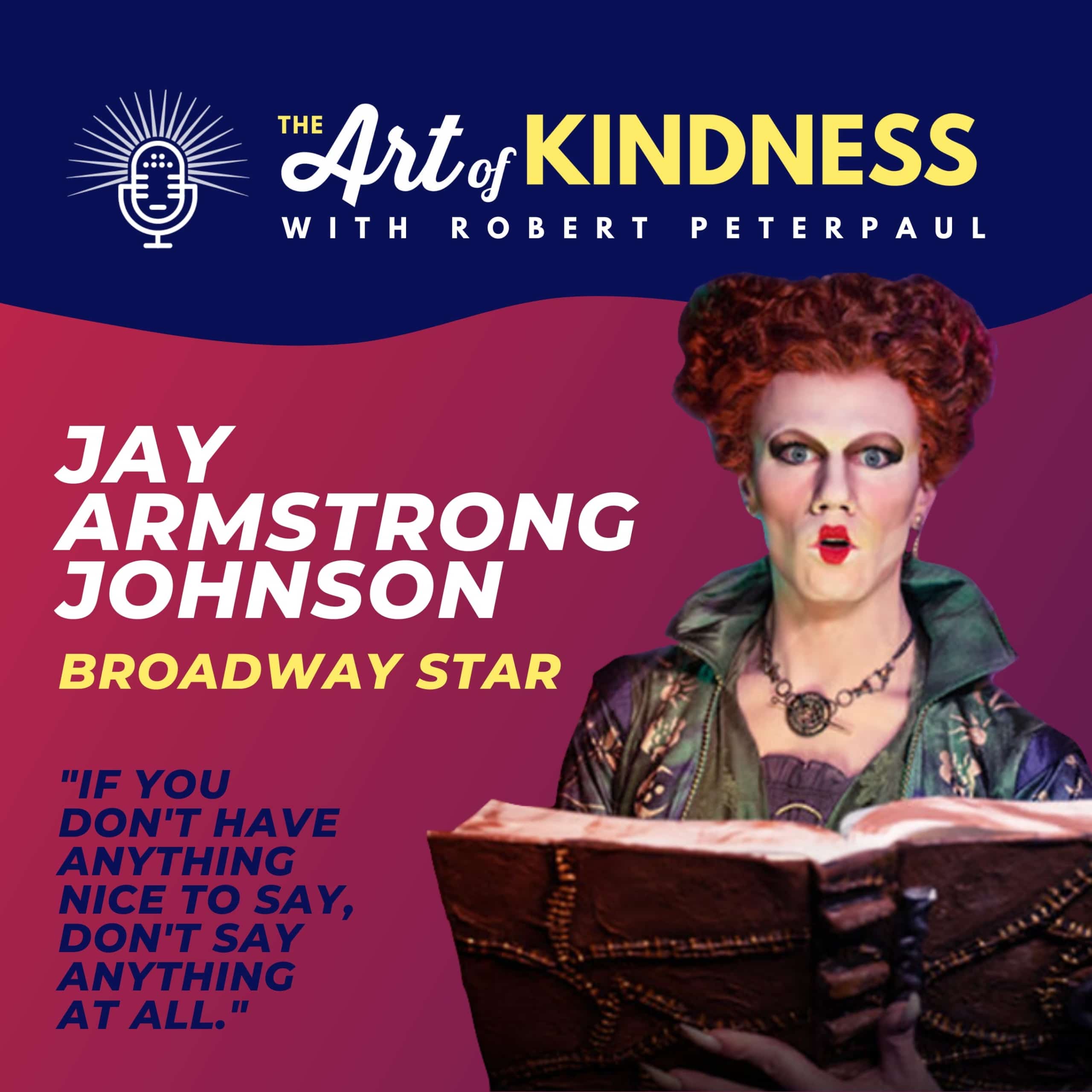 Broadway star Jay Armstrong Johnson (On the Town, The Phantom of the Opera) joins The Art of Kindness with Robert Peterpaul to discuss acts of kindness on Broadway, his Hocus Pocus-inspired benefit concert I Put A Spell on You and more!

Over the course of his 5 Broadway shows, Jay Armstrong Johnson has cemented himself as a triple threat. From his debut in Hair, which he shares a kind story about during our chat, to his more recent turn as Raoul in Phantom of the Opera’s 30th anniversary year, Jay is always a standout. Following Phantom, Jay originated the role of Banko in Roundabout Theatre Company’s world premiere show Scotland, PA. His performance earned him critical nominations from both the Lucille Lortel and Drama Desk Awards for Outstanding Featured Actor in a Musical. He was also the recipient of a 2020 Outer Critics Circle Award Honor for his performance. Jay’s other Broadway credits include the original casts of Catch Me if You Can, Hands on a Hardbody, and the celebrated revival of On the Town. On screen, Jay is also known to audiences worldwide as genius hacker Will Olsen in ABC’s Quantico.

Jay created the annual live show I Put A Spell on You as a tribute to the beloved cult classic movie Hocus Pocus with larger-than-life performances and choreography, over-the-top costumes and makeup and a healthy dose of Broadway magic. In their search to find beauty, youth and immortality, the bewitching and beloved Sanderson Sisters return from the dead and gather their most famous friends to help them lure the children of New York. This year, those famous friends include Broadway stars like Gavin Creel, Krista Rodriguez, Robyn Hurder and more. The show will be ALIVE at Sony Hall in Times Square on October 23 at 8PM. Most importantly, it benefits Broadway Cares/Equity Fights AIDS. Tickets start at $35 for the dance floor and are on sale now at broadwaycares.org/spell.

“Awake” by Ricky Alvarez, “I Put a Spell on You” by Jay Armstrong Johnson & “Sunshine” by Lemon Music Studio