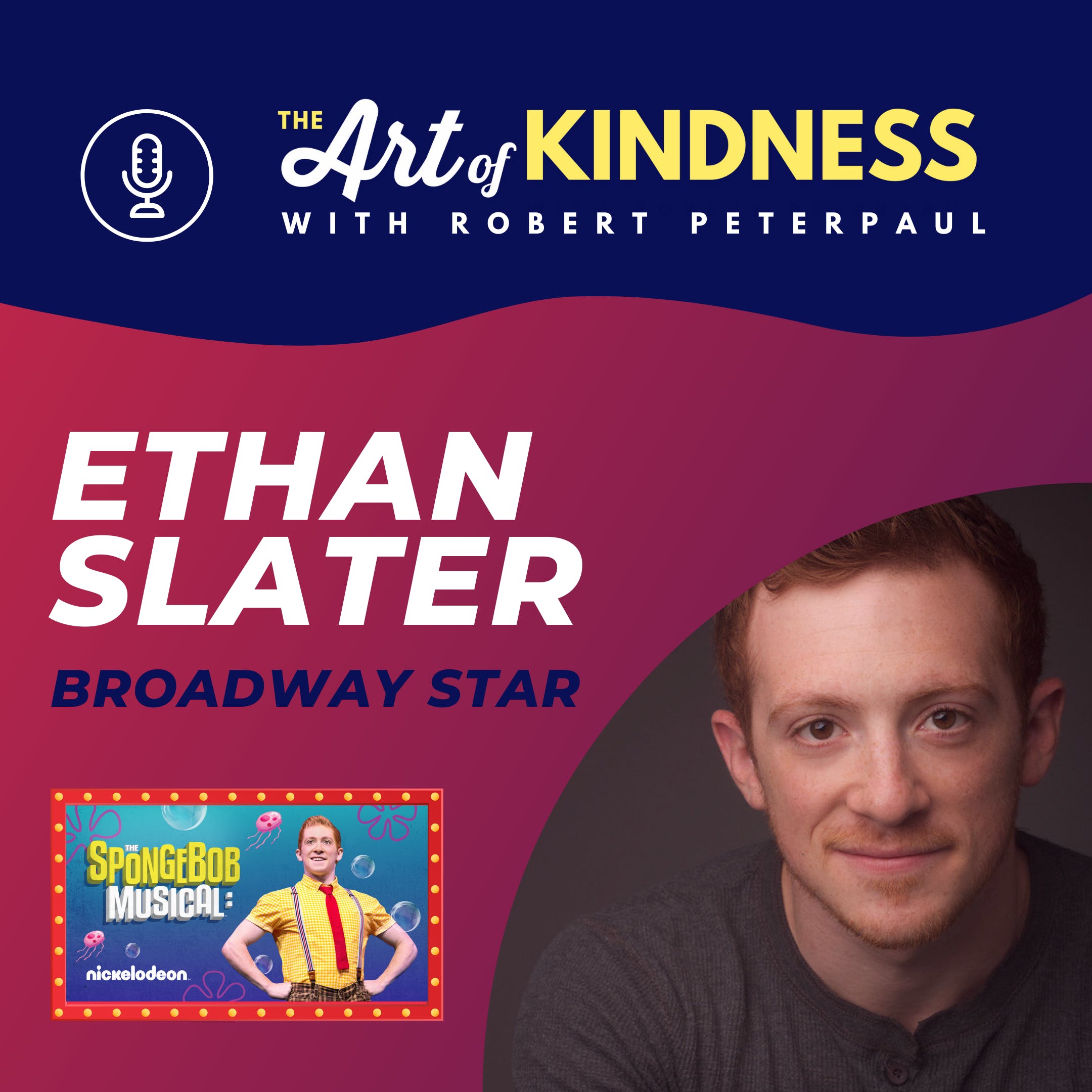 Broadway star Ethan Slater joins Robert Peterpaul to discuss kindness in the theatre, the spectrum of grief, avoiding self-doubt while recording cast albums, learning positivity from playing SpongeBob SquarePants, and much more in this jam-packed chat.

Ethan Slater is an actor, writer and musician. He was nominated for a Tony Award, and won the Drama Desk Award for playing SpongeBob in The SpongeBob Musical, which also happened to be his Broadway debut – casual! As a writer, some upcoming projects include the films Intervenors and Silent Mode, both of which he co-wrote and co-stars in. He’s released two EPs of original music, including Edge of the World. As an actor, other theater includes: Who’s Your Baghdaddy…, Camelot (Lincoln Center) and more recently Stephen Sondheim’s Assassins which recently released a cast recording. Some TV/film credits: Fosse/Verdon (FX), Law and Order (NBC), Murphy Brown (CBS) and of course SpongeBob: Live On Stage (Nickelodeon), which filmed the musical version for TV.