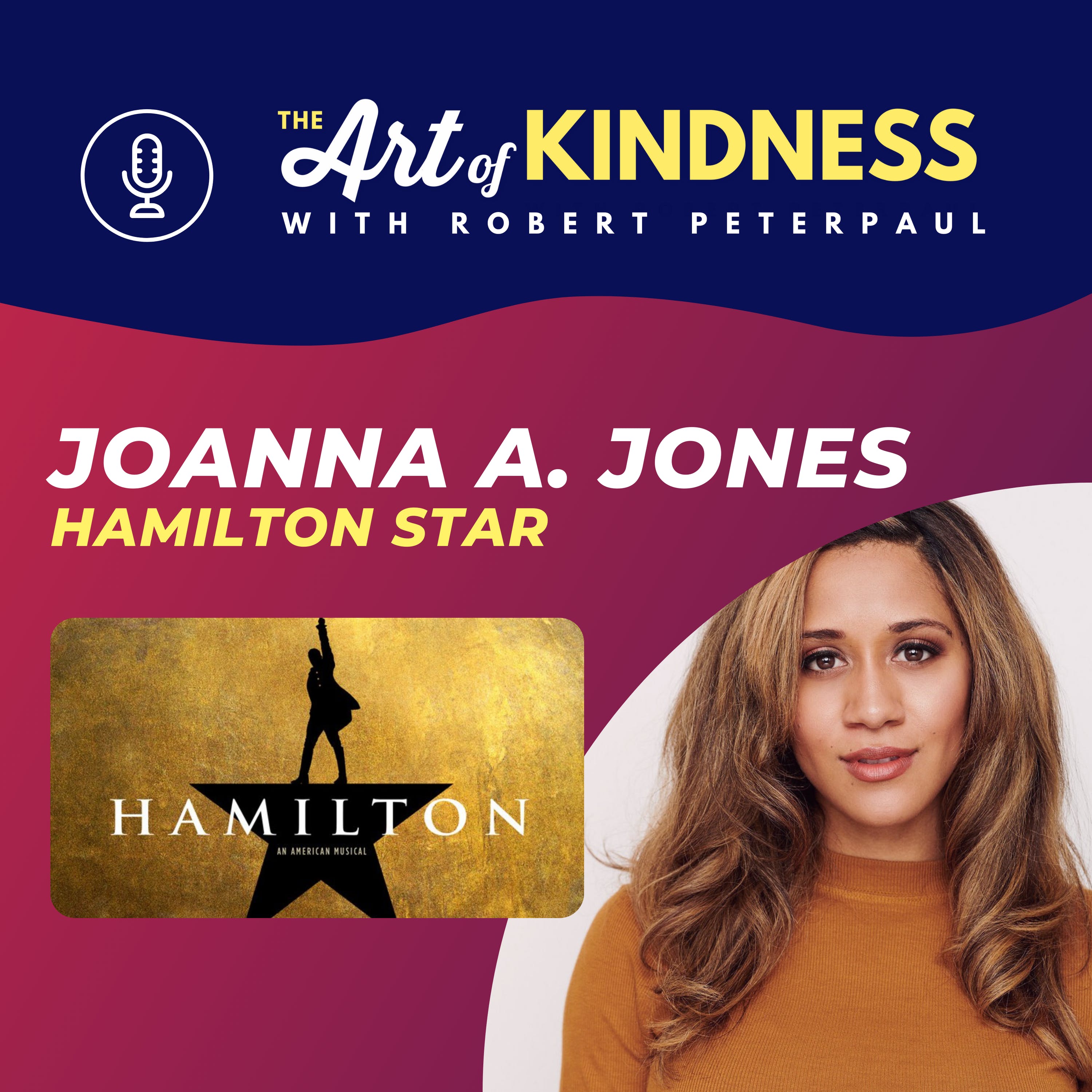 Hamilton star Joanna Alexis Jones chats with Robert Peterpaul about kindness, growing up with a Pastor father, battling stage and audition anxiety and much more.

Joanna Alexis Jones is a proud California native and received a Bachelor’s Degree in Theater from UCLA. She left college in the middle of her senior year after booking the West End production of a Michael Jackson musical called Thriller Live. Over the years, the triple threat has been seen in many incredible productions, including: NBC’s Hairspray Live! In 2017, she made her Broadway debut with none other than Hamilton as Peggy Schuyler/Maria Reynolds. Now, Joanna takes on a new role in the same show across the country, playing Eliza Hamilton in the Los Angeles production of the smash hit musical.