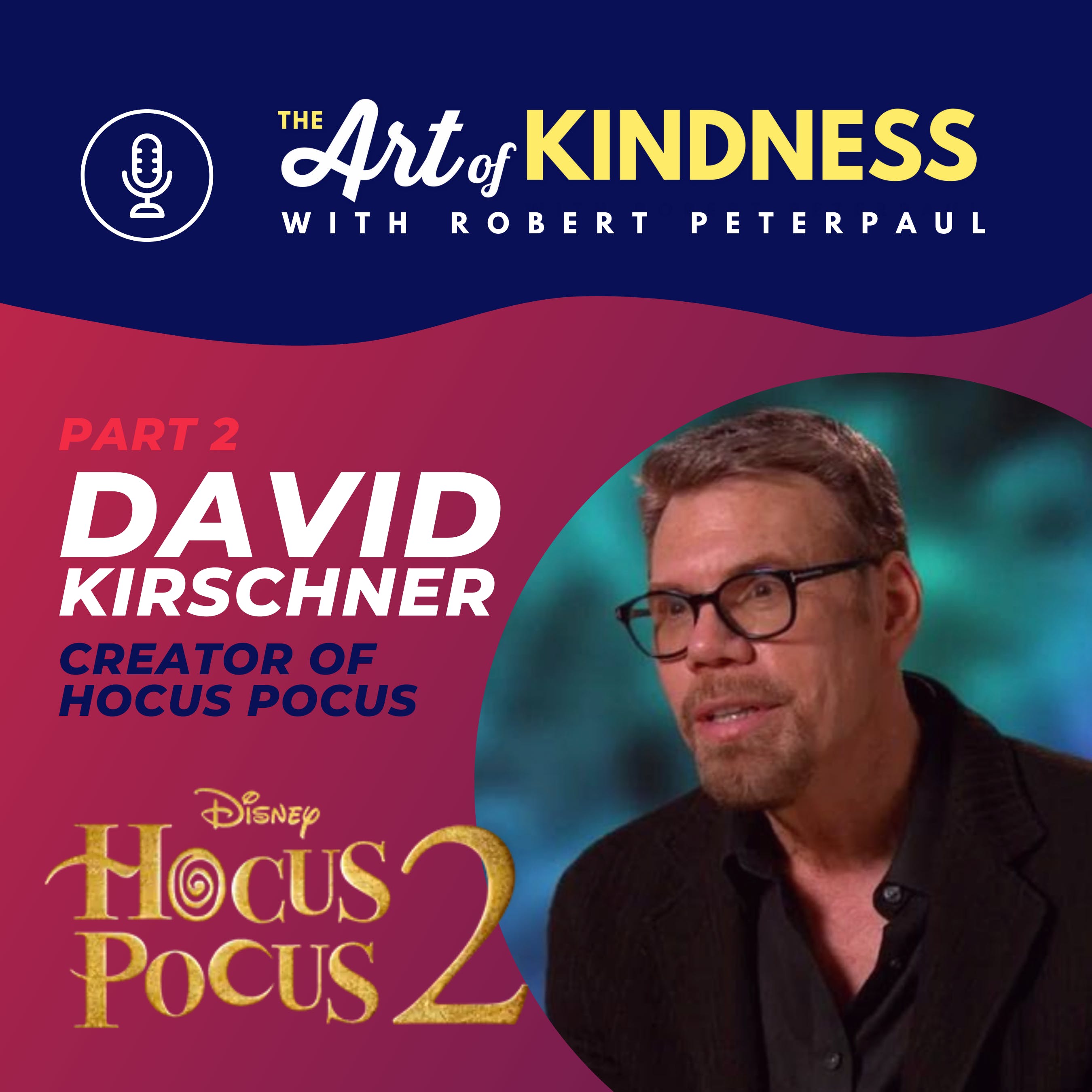 Hocus Pocus creator and producer David Kirschner returns to The Art of Kindness with Robert Peterpaul for part 2 of his interview spooktacular! The creative discusses the origins of Hocus Pocus, acts of kindness from the Sanderson sisters, making the upcoming sequel: Hocus Pocus 2 and much more! There may even be a special guest or two in this one…

Today’s guest is the iconic producer, screenwriter, illustrator and all-around creative mastermind David Kirschner. His career is like the perfect trick-or-treat bag, brimming with a variety of treats. Kirschner began his illustrious career as an illustrator for Jim Henson’s Muppet and Sesame Street characters, and also creating art for prolific talents like Neil Diamond. At 23, he wrote and illustrated a series of children’s books entitled Rose Petal Place.

Success struck like lightning in 1986, when Kirschner created and executive produced An American Tail alongside Steven Spielberg, which went on to become the highest-grossing non-Disney producers animated feature of all-time and spawned several sequels and a tv spinoff. In 1989, Kirschner was appointed the chairman of Hanna-Barbera Productions, where he worked on countless iconic properties from The Addams Family to the Flinstones to The Pagemaster, which is one of my all-time favorites.

You may also know him as the creator of Chucky, the insidious doll that has been terrorizing viewers across a hit franchise of slasher films and most recently a television series. Currently the head of his own production company, aptly named David Kirschner Productions, here are some other highlights along the way: the golden globe-nominated film Miss Potter starring Renée Zellweger, the Curious George franchise and an animated special of Ray Bradbury’s legendary book The Halloween Tree.

Of course, we are here today to focus on one particularly glorious story that was plucked from the patch of David’s spooktacular mind: Hocus Pocus. David first conjured up the idea for three evil witches vying to suck the life out of children as a bedtime story for his own kids. As magic so often does, it seemingly took on a life of its own. Almost three decades later, Hocus Pocus is a cult classic and there’s a sequel on the way!

Hocus Pocus 2 soars on to Disney+ on September 30, with all three witches – Bette Midler, Sarah Jessica Parker and Kathy Najimy – reprising their wicked roles. Ahead of the sequel, David so graciously talked with me about the kindness he felt making the original and then returning to the story. As he zoomed in from his otherworldly office, he showed me the original Black Flame Candle, Winnie’s spell book, and above all else, kindness.