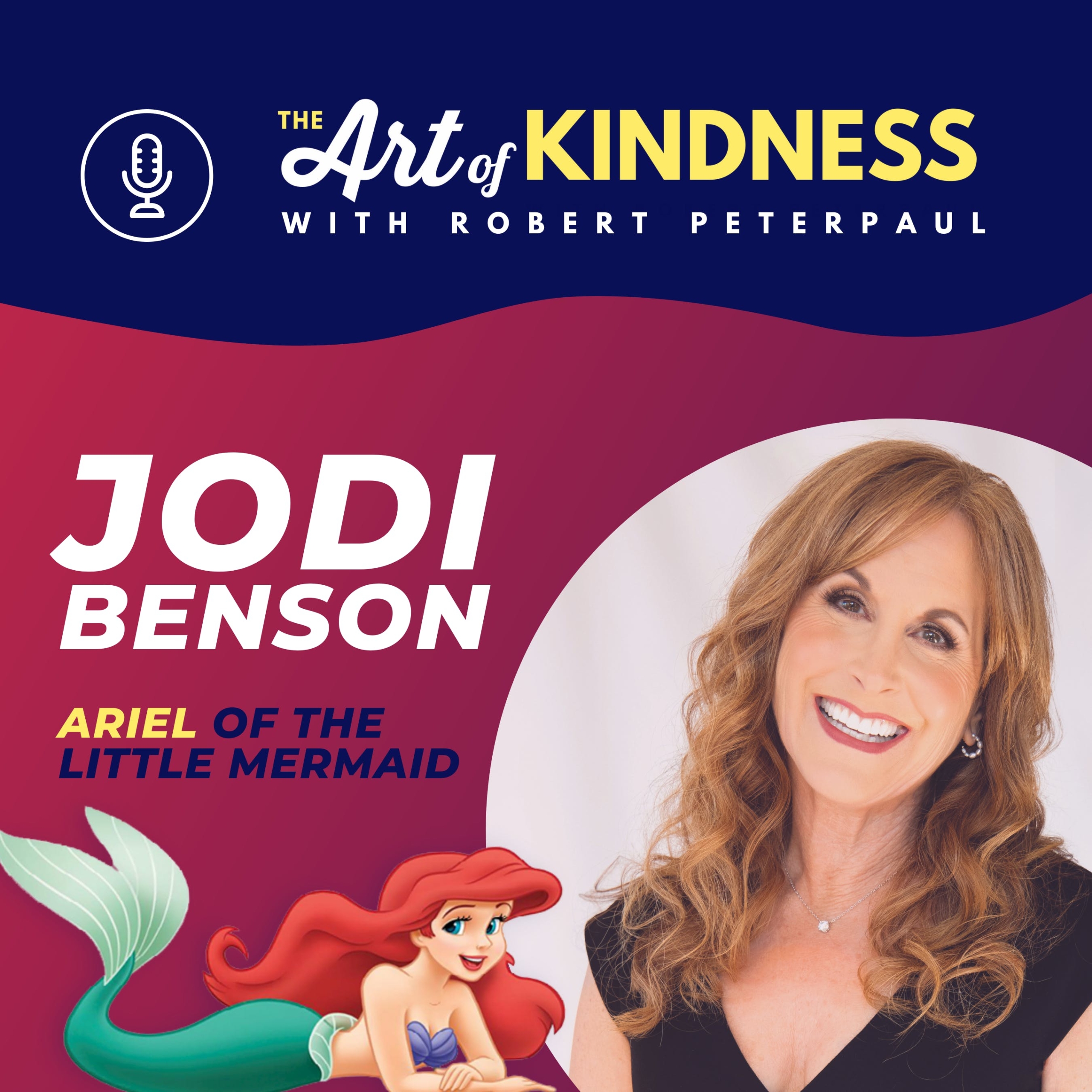 Disney Legend Jodi Benson joins The Art of Kindness with Robert Peterpaul to discuss working on The Little Mermaid, her new book Part of My World, learning to let go of perfectionism and much more.

Jodi Benson has been a part of all of our worlds since she swam on the scene in 1989 as the voice of Ariel in Disney’s iconic animated film The Little Mermaid. Of course, Jodi has also lent her talents to some other incredible characters over the years. An accomplished, singer, dancer, and actress, Jodi got her start on Broadway performing the iconic song “Disneyland” in the Howard Ashman/Marvin Hamlisch musical Smile, and she earned a Tony nomination for her role as Polly Baker in the hit Gershwin musical Crazy for You.

After striking animation gold with The Little Mermaid, Jodi went on to voice Barbie in Disney/Pixar’s Toy Story 2 and Toy Story 3 and delighted Disney fans with a cameo in Enchanted before reprising her role as Ariel once again in Ralph Breaks the Internet. In 2011, the Walt Disney company honored Jodi’s contributions by officially naming her a Disney Legend. It’s a well-deserved accolade as Jodi carries the torch of being a Disney princess with such grace and joy. Of course, people on the outside always wonder what it must be like to live the life of a Disney royal. Lucky for us all, Jodi has shared a treasure trove of behind-the-scenes stories in her new book Part of My World: What I’ve Learned from the Little Mermaid about Love, Faith and Finding My Voice. She also wrote the forward for Disney Princess: Beyond the Tiara, which explores the legacies of the Princesses and what they represent today. Both books are available now.

“Awake” by Ricky Alvarez, “Part of Your World” by Jodi Benson & “Sunshine” by Lemon Music Studio