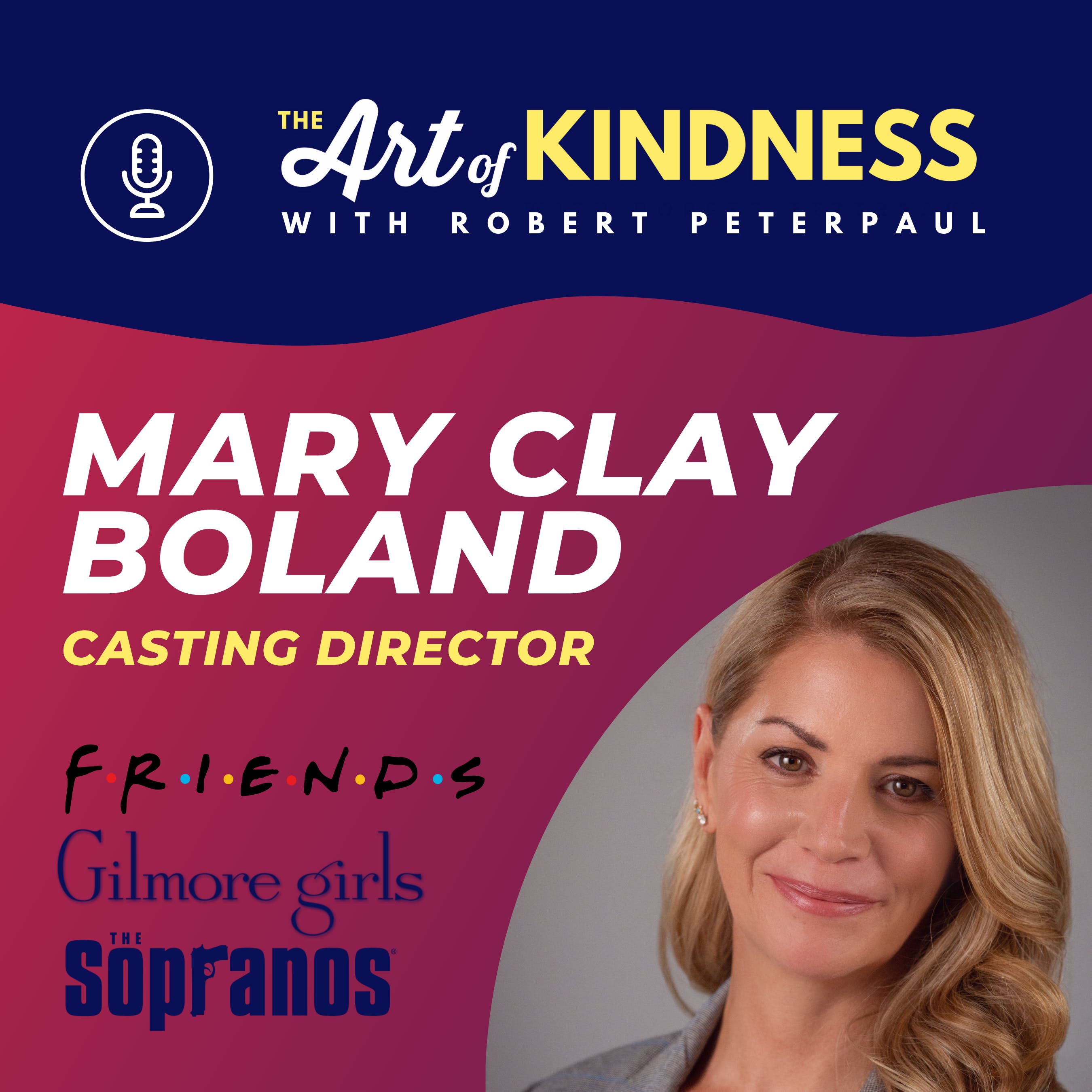 Emmy-winning Casting Director Mary Clay Boland joins Robert Peterpaul on The Art of Kindness podcast to discuss approaching auditions with kindness, tips for actors, working on iconic shows like Friends and The Sopranos, returning to casting with MCM Creative and much more!

Mary Clay Boland is a two-time Emmy award winning and three-time Artois nominated Casting Director who has been casting film, television and theater projects for over 18 years. She started her career at Circle Repertory Theater and then transitioned to television working with Walken/Jaffe Casting. There she was the casting associate on the first two seasons of The Sopranos as well as numerous feature films. Moving over to the casting department of Warner Brothers Studios Television, Boland cast over 40 pilots including Everwood, Smallville, Gilmore Girls, George Lopez, and Without a Trace. She also cast the first two seasons of NBC’s Third Watch and was responsible for the New York casting of Warner Brother Studio’s shows like ER, West Wing, and Friends. Boland then moved to daytime television, casting for CBS’ As The World Turns, where she won two Emmys for Outstanding achievement in Casting a Drama Series

Boland went on to open her own company, Boland Casting, where she cast projects like the first season of the Adult Swim series Your Pretty Face is Going to Hell. Throughout her career, Boland has also cast many independent films that have played heavily on the festival circuit such as The Marconi Bros., Best Thief in the World and Confess, among others.

Boland currently resides in Louisville, KY, where she took a hiatus to raise her daughter and be close to her family. She remains immersed in the Louisville Film community, casting such projects as the Netflix film Under the Eiffel Tower. She has taught media and film studies as a guest lecturer for the Governor’s School of the Arts and has also led multiple workshops on auditioning technique. Boland is a member of the Academy for Film and Television and IFP and Women in Film and Television. She was also on the board of the New York CSA for four years.