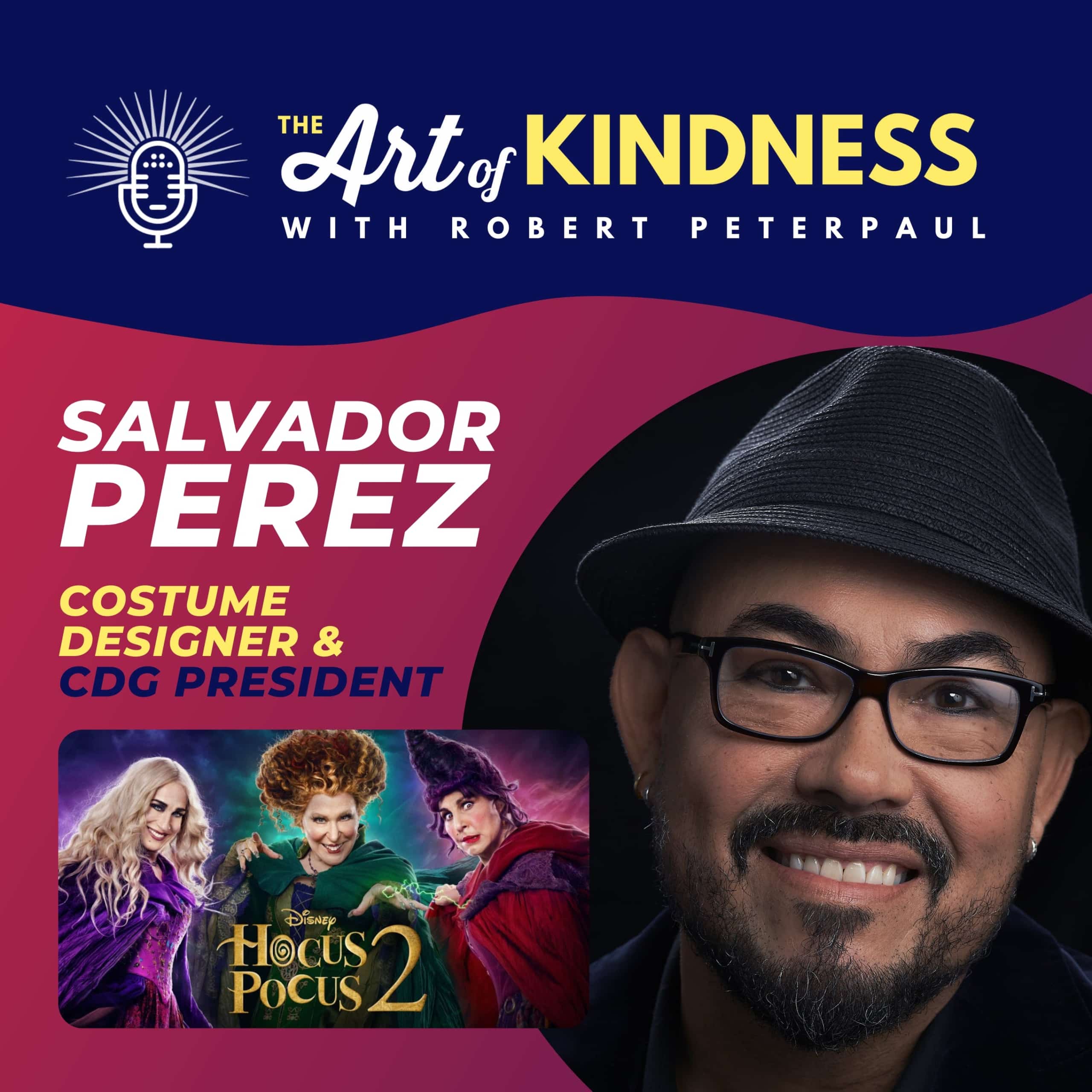 Happy Halloween! Disney’s Hocus Pocus 2 Costume Designer and Costume Designer Guild President Salvador Perez joins The Art of Kindness with Robert Peterpaul to discuss how he put his own magical spin on the franchise while still paying homage to the original cult classic, acts of kindness from stars like Bette Midler during brisk night shoots on Rhode Island, the fantastical alternate ending to Hocus Pocus 2 and much more!

Salvador Perez is a one of a KIND costume designer with a diverse resume. He has designed for many TV series including CASTLE, MOONLIGHT, VERONICA MARS and 6 Seasons of THE MINDY PROJECT where he was nominated for an Emmy for costume design. Salvador has also worked on movies such as PITCH PERFECT 1, 2 and 3, THINK LIKE A MAN 1 and 2, MEN OF HONOR and DRUMLINE. Born and raised in Central California, Perez moved to Los Angeles to attend The Fashion Institute of Design and Merchandising to pursue a career in fashion design. Once other Costume Designers discovered his costume manufacturing talents, he began running the costume workrooms and assisting on films like TITANIC, THE FLINTSTONES, and BARB WIRE. Outside of film and TV, Salvador designed and developed the “Movie Legends Line” for the J. Peterman Catalog, he designed a line of Jewelry for Bauble Bar, and designed a signature line of colorful coats for GILT.COM. He most recently designed Hocus Pocus 2 with Bette Midler, Kathy Najimy and Sarah Jessica Parker. Salvador is also the elected president of the Costume Designers Guild.

“Awake” by Ricky Alvarez, “I Put A Spell on You” Disney & “Sunshine” by Lemon Music Studio