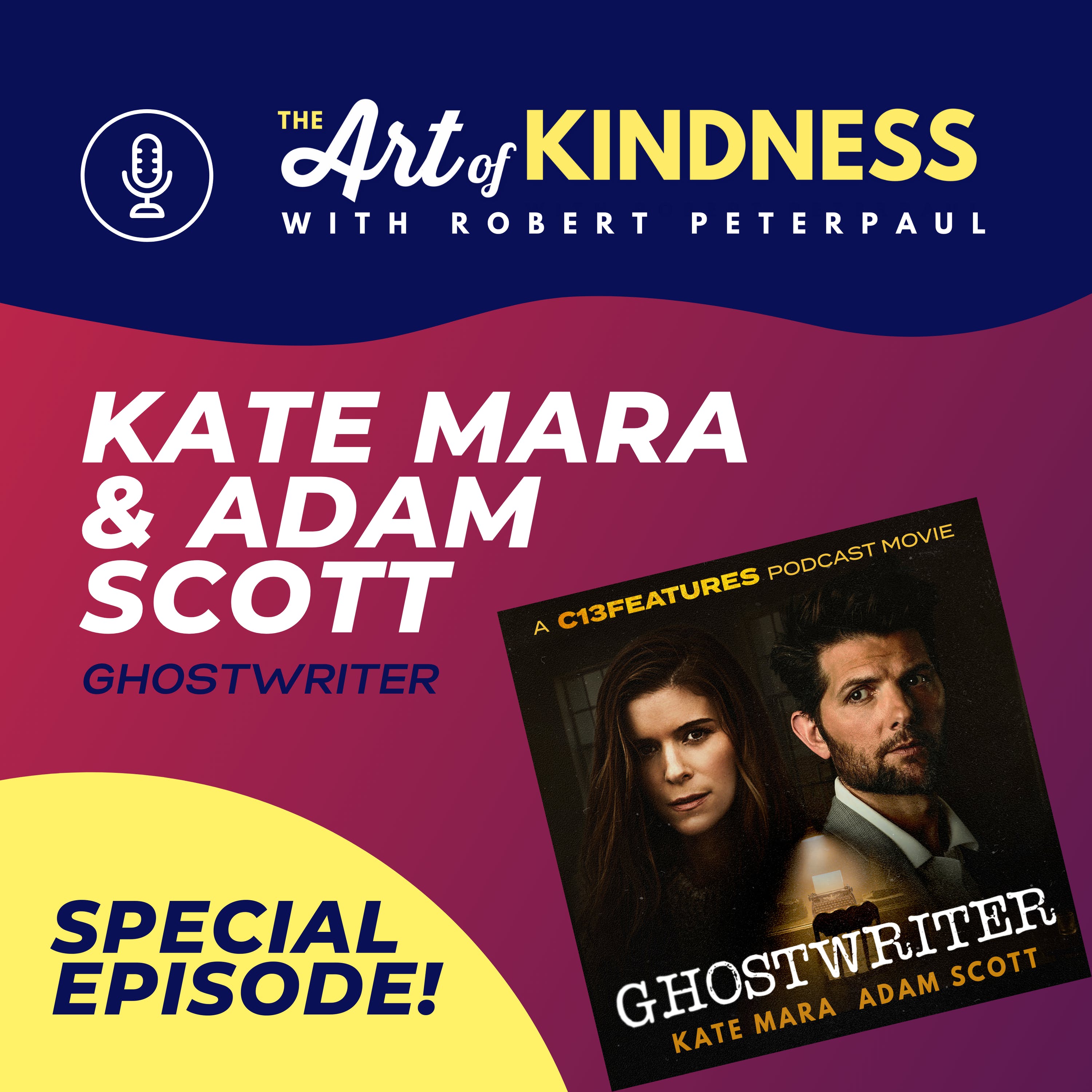 Kate Mara (A Teacher) and Adam Scott (Big Little Lies) pop by the AOK in our first ever double guest episode! The actors discuss kindness and making their new podcast movie Ghostwriter.

Kate Mara is an actress perhaps most known for playing reporter Zoe Barnes in the Netflix political drama House of Cards. Her TV credits also include the Fox thriller series 24, the FX miniseries American Horror Story: Murder House, the FX drag ball culture drama series Pose and, and the FX on Hulu miniseries A Teacher. For the latter she created a lot of buzz, including an Independent Spirit nomination for Best New Scripted Series as an executive producer. On the film front, you may have seen Kate in My Day of Mercy, The Martian or Chappaquiddick.

Adam Scott has also appeared in countless tv shows and films. He most recently starred in the acclaimed HBO series Big Little Lies. On the comedy front, he is renowned for his starring role in the beloved Emmy-nominated series Parks and Recreation. His big break in television started with the cult favorite sitcom Party Down, which he starred in and produced, and since then has appeared in The Good Place, Jordan Peele’s The Twilight Zone and Netflix’s Wet Hot American Summer: Ten Years Later. Scott’s long list of roles in high-profiles films include Martin Scorsese’s The Aviator and Ben Stiller’s The Secret Life of Walter Mitty, as well as Adam McKay’s Step Brothers and Judd Apatow’s Knocked Up.