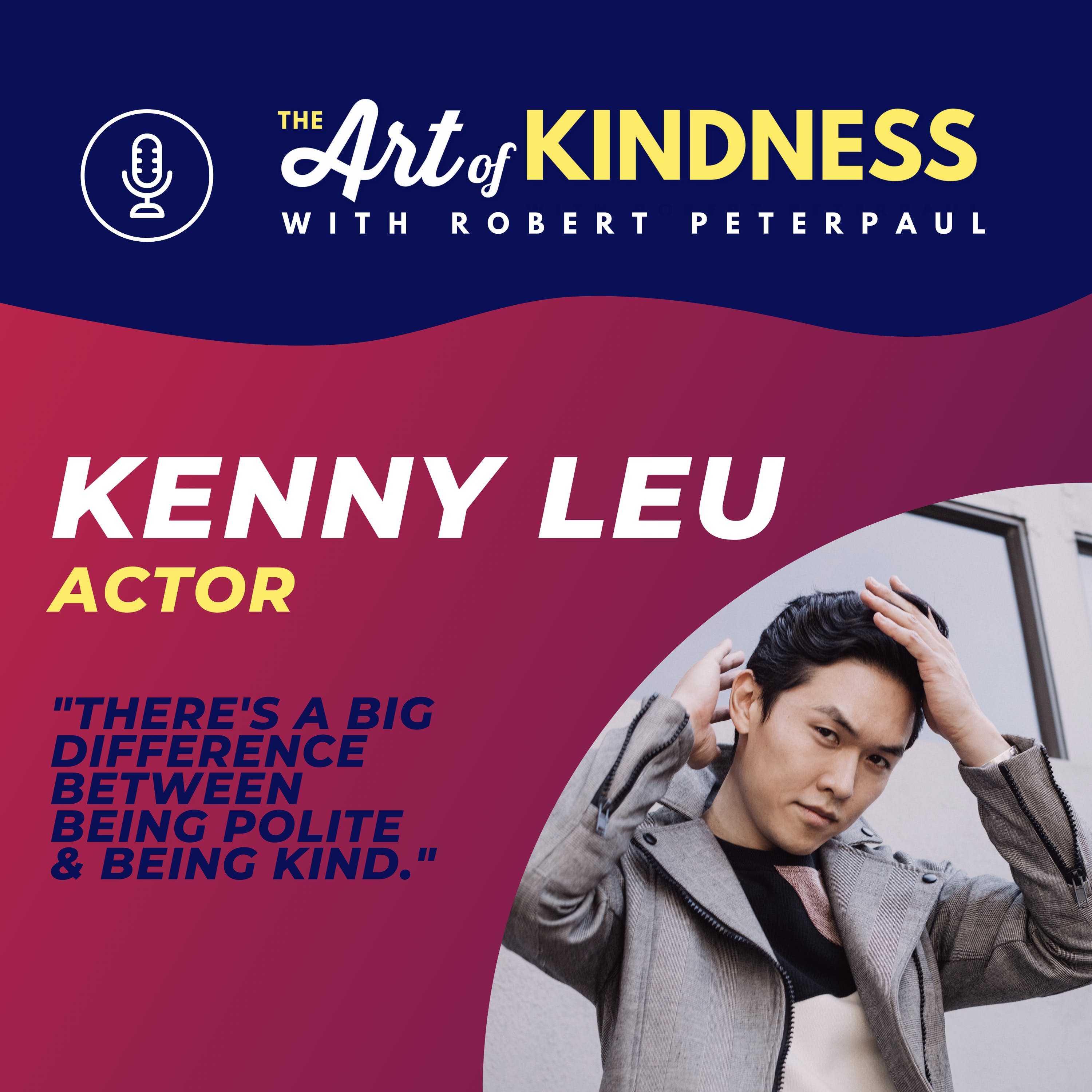 Kenny Leu (A Shot Through the Wall) on Asian Representation, Kindness vs. Politeness & More

Actor Kenny Leu (A Shot Through the Wall) talks with host Robert Peterpaul about Asian representation in television and film, the difference between being polite and being kind and much more. You won’t want to miss his kindness tip!

The only son of Chinese immigrants, Kenny Leu grew up in the San Francisco Bay Area. After graduating from UC Berkeley with an engineering degree, Kenny founded startups in Silicon Valley and competed in martial arts tournaments around the world. When one of his startups was sold to Google, Kenny decided to pursue film and television. He quickly landed roles on NCIS, NCIS: Los Angeles and The Player, performing all of his own stunts. He is now widely recognized as Gohan from Dragon Ball Z: Light of Hope, NatGeo’s The Long Road Home (2017), and Yakuza Princess (2021) and more. Kenny’s breakout role came with A Shot Through the Wall (2022). He plays a young Asian-American cop who is responsible for accidentally shooting and killing an innocent Black man, through a wall.