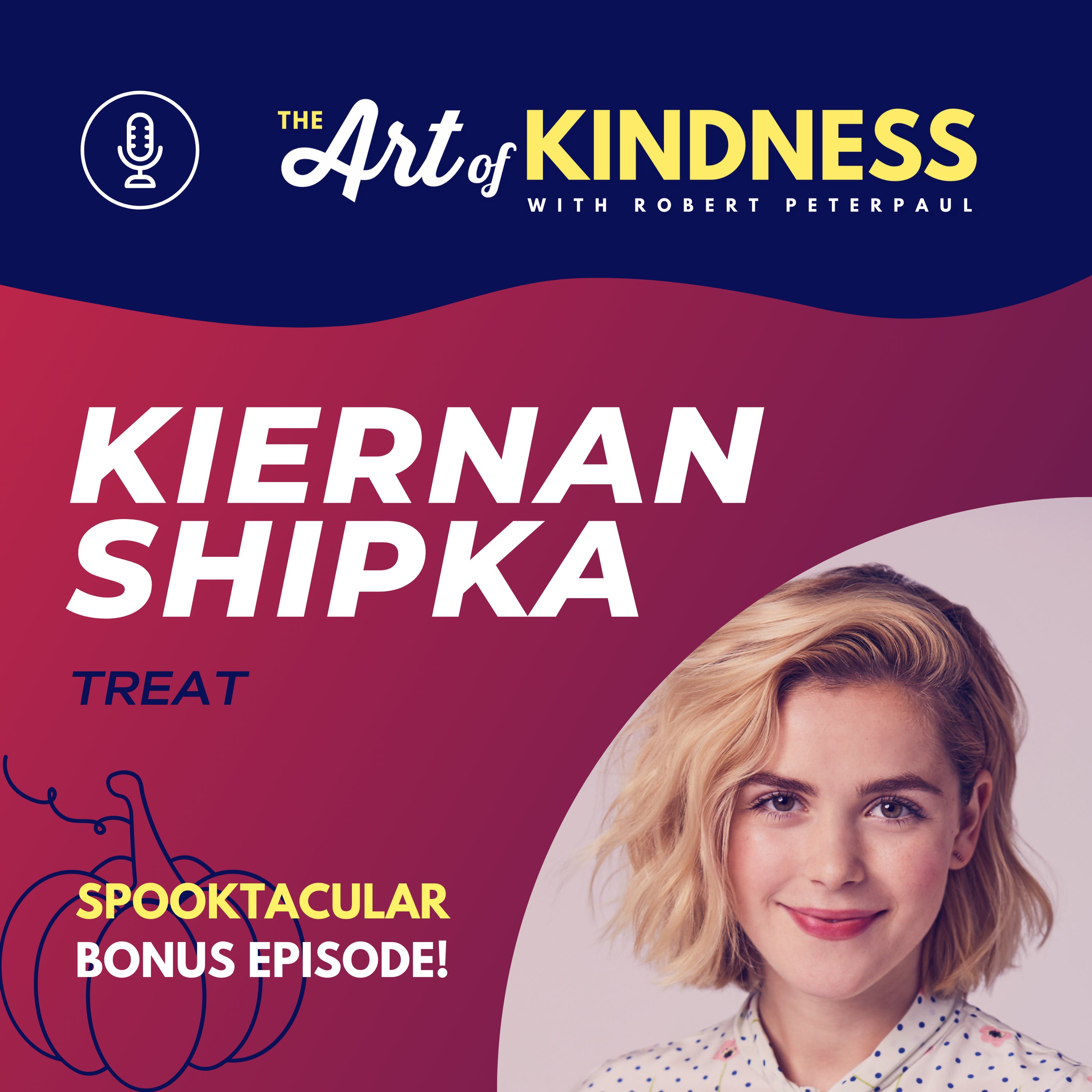 Chilling Adventures of Sabrina star Kiernan Shipka discusses her new podcast movie Treat (which she stars in and produces) in a spooktacular Halloween episode of The Art of Kindness. Robert also shares three exciting pieces of news and, as always, ends the episode with a practical kindness tip of the week!

Kiernan Shipka most recently played the title role of Sabrina Spellman in Netflix’s Chilling Adventures of Sabrina, and starred as Sally Draper on seven seasons of the Emmy-winning drama Mad Men. She appeared in FX’s Feud: Bette and Joan, and is starring in the upcoming HBO series The White House Plumbers and Roku limited series Swimming with Sharks. Shipka won a Screen Actors Guild award in 2009 and 2010 for Outstanding Performance by an Ensemble in a Drama Series for Mad Men.