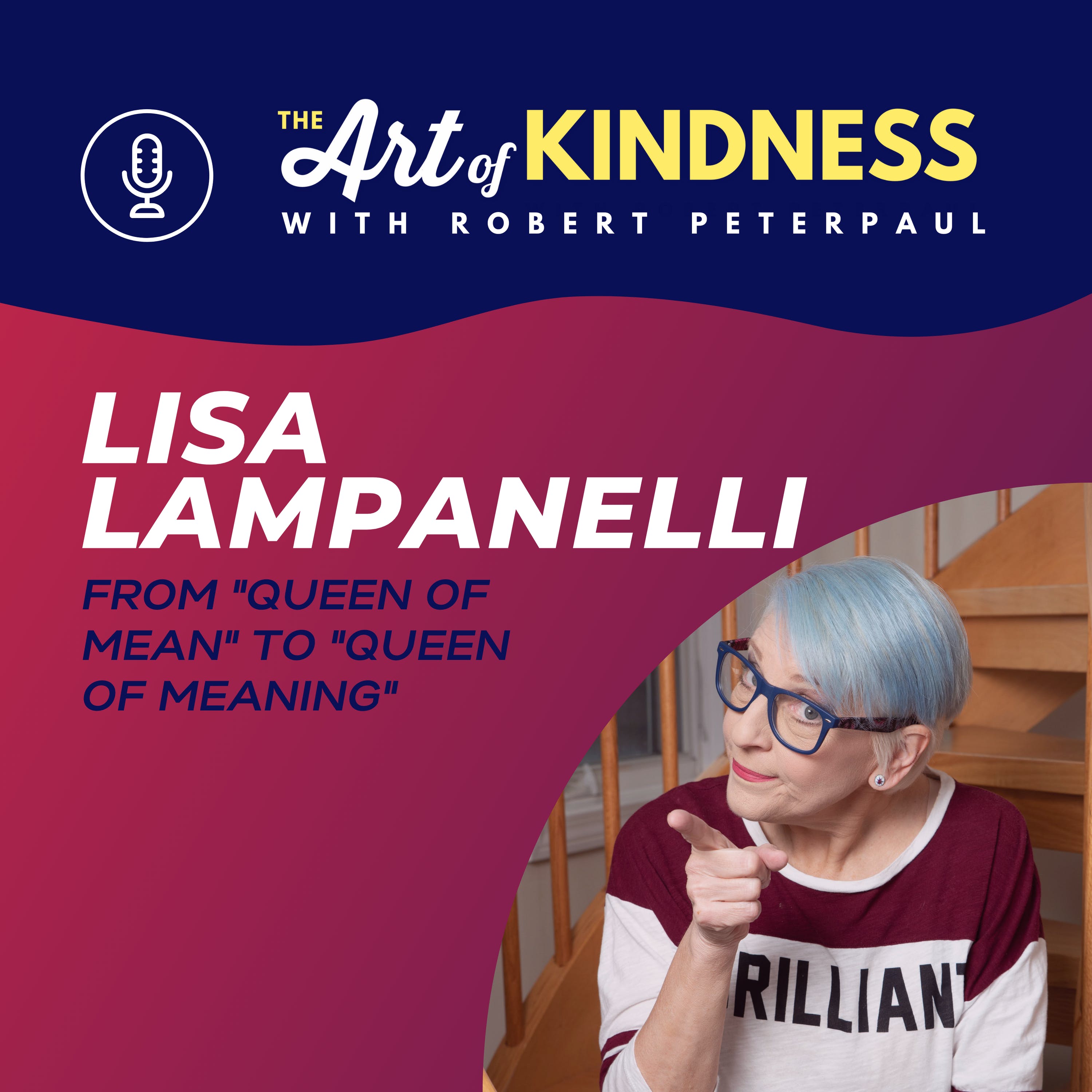 With a career that spanned more than 30 years, Lisa Lampanelli is synonymous with the comedy scene. She’s done numerous tours, received Grammy nominations, and appeared on TV shows like 2 Broke Girls, The Simpsons, Inside Amy Schumer, Celebrity Apprentice and more. Despite much acclaim and her lengthy resume, Lisa realized she wasn’t happy, so she retired from the comedy scene in 2018. She now dedicates her life to performing and hosting the podcast Losers with a Dream.

As always, say tuned after the interview for your kindness tip of the week!