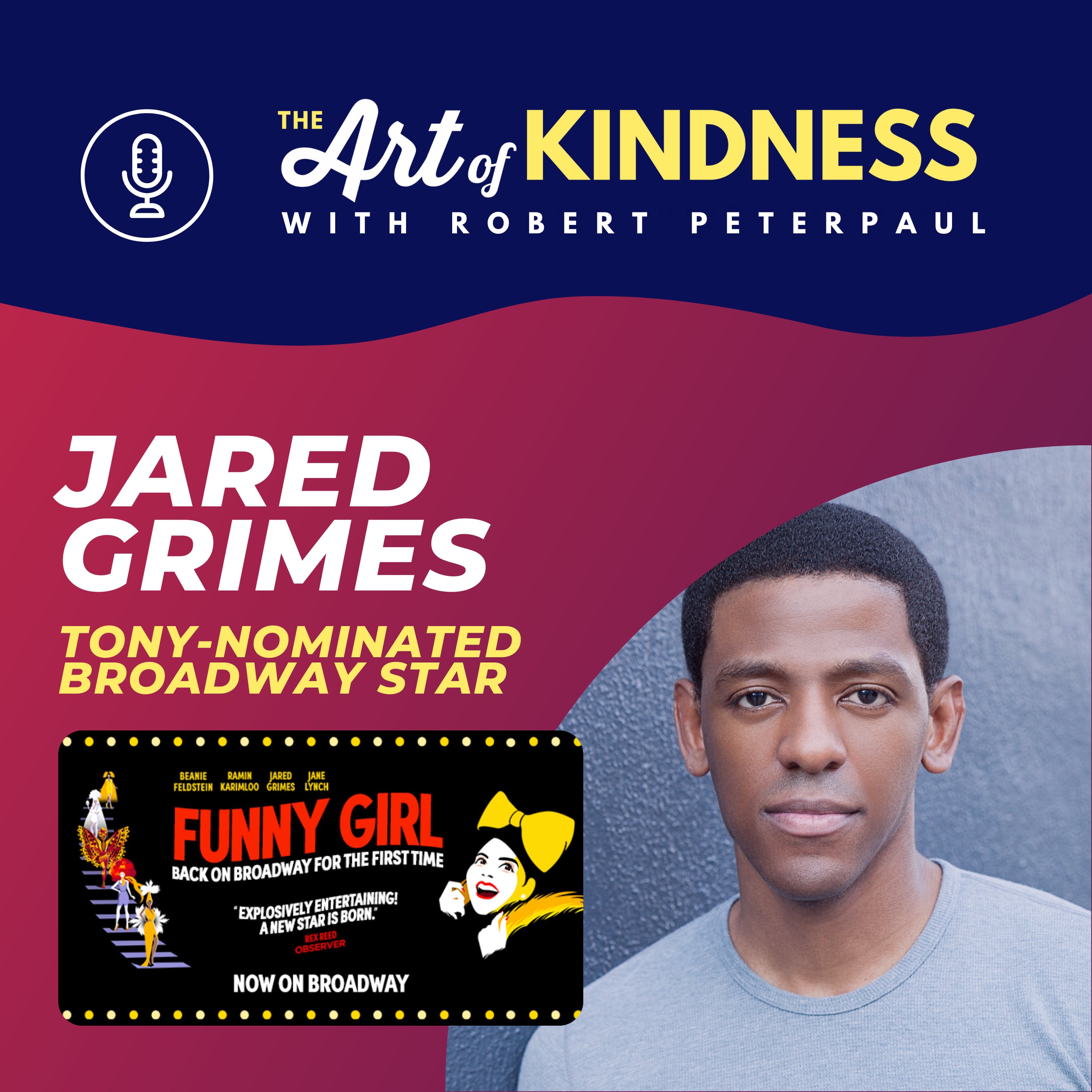 Tony-nominee Jared Grimes joins The Art of Kindness with Robert Peterpaul to discuss Funny Girl on Broadway, acts of kindness from Beanie Feldstein, why he loves auditioning and more.

Jared Grimes is a quadruple threat, making his mark on the entertainment world with singing, dancing, acting and choreographing. Though he is now a bonafide Broadway star, Grimes started out tap dancing on the New York City subways at the age of 16. As fate would have it, years later he wound up getting paid for that passion, choreographing at theaters around the nation and notably being cast as a dancer for icons like Mariah Carey, Salt-n-Pepa and even at Barack Obama’s illustrious Kennedy Center Honors.

Jared’s got to flex his acting chops over the years as well, getting recognized on a wider scale for his television roles on Netflix’s hit series Manifest and HBO’s Boardwalk Empire and in films like Paramount’s The Marc Pease Experience starring Ben Stiller. Of course, he never strays too far from the lights of Broadway. Jared’s glowing stage career includes After Midnight which is performed and choreographed in, A Soldier’s Play and, most recently, Funny Girl where he plays Fanny Brice’s upbeat dancer friend Eddie Ryan.