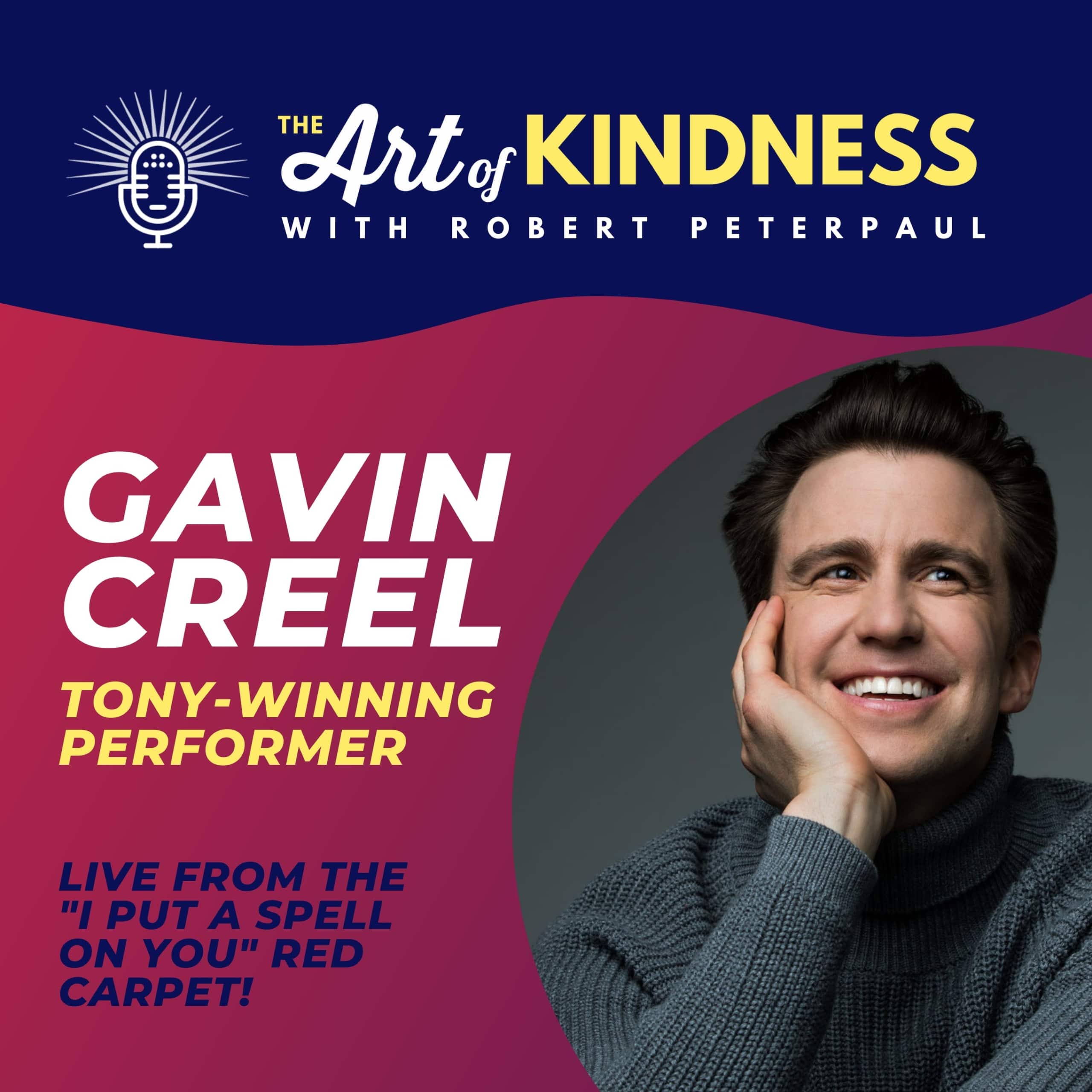 Tony-Winner Gavin Creel (Into the Woods): Live from the I Put A Spell On You red carpet!

Tony-winner Gavin Creel (Into the Woods) joins The Art of Kindness with Robert Peterpaul LIVE from the red carpet of Jay Armstrong Johnson’s I Put A Spell On You Hocus Pocus benefit to talk acts of kindness, onstage giggles and more. Enjoy this special LIVE 60th episode!

Gavin Creel is a bonafide Broadway star, shining bright ever since he made his debut as Jimmy Smith in Thoroughly Modern Millie, for which he received a Tony nom by the way. He then starred in Broadway productions of HAIR (also Tony-no​minated​​​​), La Cage Aux Follies, She Loves Me, Waitress and Book of Mormon (which he also did on the West End and got an Olivier Award for). Gavin finally won a well-deserved Tony Award for his performance as Cornelius Hackl in HELLO, DOLLY! starring Bette Midler. Most recently, Gavin has graced the star-studded cast of New York City Center Encores! critically acclaimed production of INTO THE WOODS starring as Wolf/Cinderella’s Prince. The celebrated production has transferred to Broadway and keeps getting extended.

Gavin has ​also ​shone on screen in tv shows like Ryan Murphy’s “American Horror Stories” and the sweet movies “Eloise at the Plaza” and “Eloise at Christmastime.”​ ​Of course, nothing makes Gavin shine brighter than the kindness he exudes. From co-founding Broadway Impact, the first and only grassroots organization to mobilize the nationwide theater community in support of marriage equality, to treating his castmates and crew with kindness, Gavin is a beacon of light.

“Awake” by Ricky Alvarez, “I Put a Spell on You” by Jay Armstrong Johnson & “Sunshine” by Lemon Music Studio