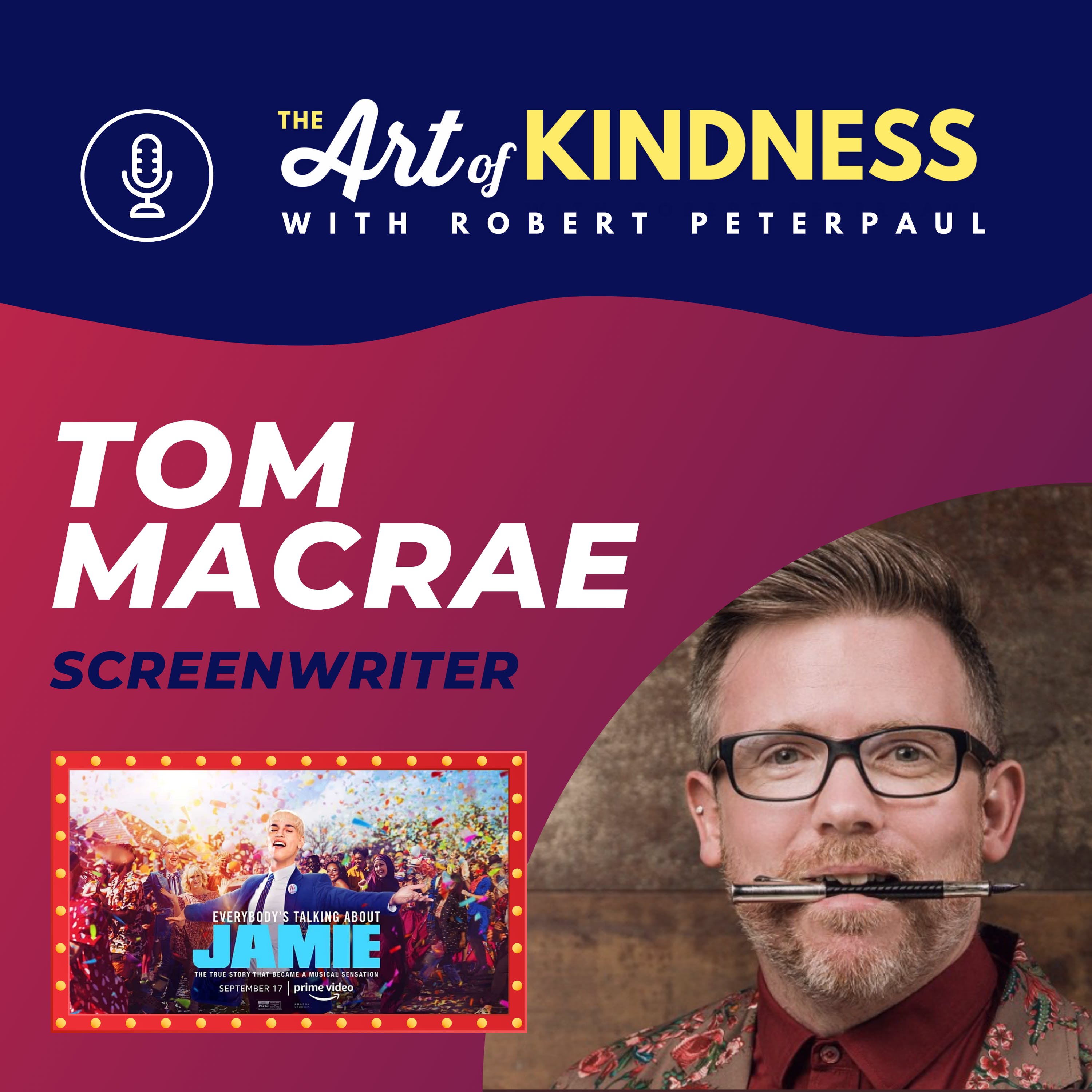 Writer Tom MacRae (Everybody’s Talking About Jamie): “Kindness is all we have”

Everybody’s Talking About Jamie screenwriter and playwright Tom MacRae joins host Robert Peterpaul to discuss adapting the musical into an Amazon film with his friends, advice for aspiring writers, and much more.

Tom MacRae is a BAFTA and Olivier award-nominated screenwriter, playwright, lyricist, producer and author Tom MacRae. Born in Northampton, Tom relocated to Los Angeles in 2017 to work as a writer and producer on the US TV show The Librarians. On British television he is the creator, writer and producer of the Comedy Central sit-com Threesome, as well as contributing to many other TV shows, including Doctor Who. Tom adapted his stage play and lyrics for Everybody’s Talking About Jamie into the Amazon Prime movie version released in 2021, reuniting with his friends Jonathan Butterell and Dan Gillespie Sells to bring Jamie’s story to the big screen, and writing a few new songs in the process. Tom is now working on a variety of exciting secret projects for stage, screen and television which I wish we could’ve talked about. He lives in Los Angeles with two cats and one husband.

Donate to Save the Children: