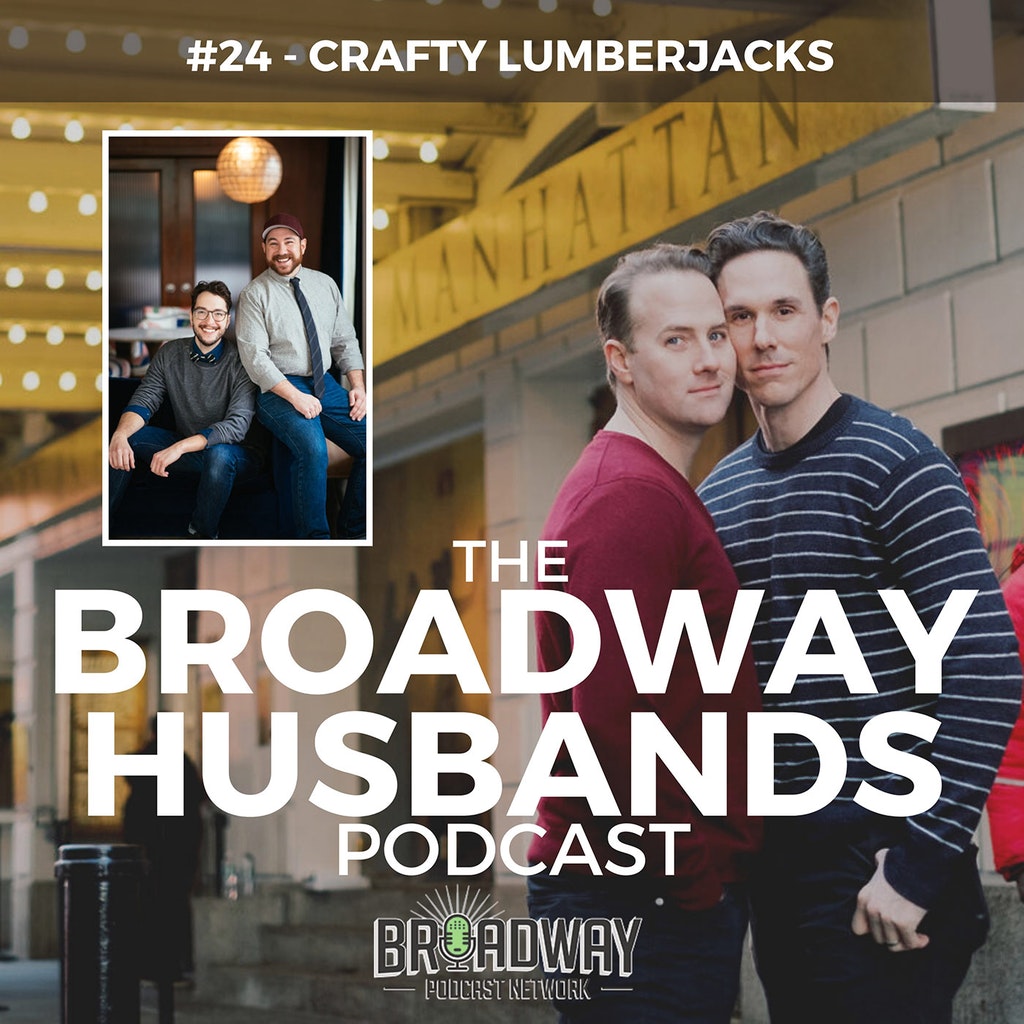 #24 – How Do I Know if He Really Loves Me? with the Crafty Lumberjacks

The Crafty Lumberjack Dennis Setteducati and Andrew Boza are both actors who met while traveling on the National Tour of Fiddler on the Roof! Oy!

Along with coffee, crafting and Netflix, they have a love for the holidays and decorating! This love lead to their successful and ever growing blog and Instagram, which aims at giving their followers some quick, easy and affordable inspiration!

The have appeared on The Chew and The Rachael Ray Show and can be seen on the HGTV Handmade Youtube Channel.

They have performed all over the United States and Canada and have been featured on several publications including Buzzfeed, DIY Network blog, Urban Bear, Gay Star News, The Vegan Roadie and the lifestyle magazine, Sweet Paul.

We discuss our lives in Astoria Queens the first home that we had was in Astoria, and these two craft-makers make their home there. They met performing on a National Tour of Fiddler on the Roof. How appropriate for the Broadway Husbands Podcast! It was there that they discovered a passion for blogging, crafting, and each other.

Since then they have built a name for themselves online with their blog and with HGTV. Learn about how they fell in love, their passion for performing, being vegan, and ways that you can get crafty in quarantine.

In our Segment SPOTLIGHT ON LOVE, our listener asks:

What are some things I can ask if he is interested on FB messenger?

A big shout out to our friend and the composer of our theme music David Dabbon, and to the amazing We are grateful to be apart of the Broadway Podcast Network: http://bpn.fm/husbands

We are grateful to be a part of the Broadway Podcast Network. Music composed by David Dabbon, photo by Roberto Araujo Photography.