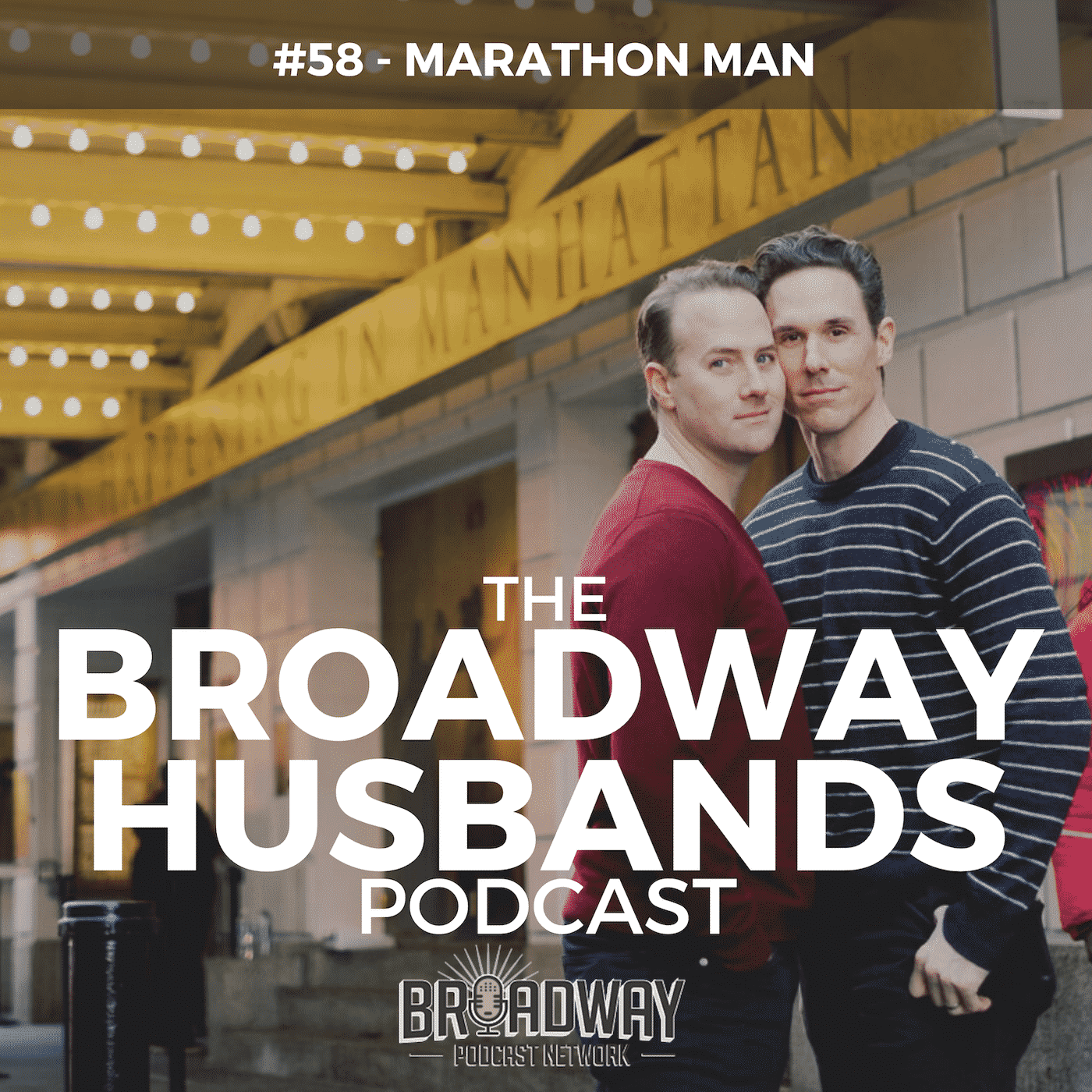 Today’s episode is dedicated to all of our runners and would-like-to-be-runners out there. Bret is fresh on the heels of his first half marathon in ten years! The idea to train for the Woodlands Half Marathon was born out of his desire to have a physical goal to reach for in Texas.

In this episode we talk about the mental- not just physical- process to train for a long-distance race like this one. And Bret has found that there are many similarities between being a runner and an actor: Both require you to check in with your body, live in the moment, try your best not to compare yourself with those who seem to be passing you through the metaphorical (and very real) uphill stretches of the race. So for anyone in the performing arts who is thinking of training for the first time… you’ve already been doing a lot of the mental work without knowing it!

Running is inherently a solo activity, but it doesn’t have to be! When we were living in New York, Bret was introduced to some awesome groups that made running more social and fun. Team in Training- https://www.teamintraining.org/ plans cross-training events with coaches and they raise funds to support the Leukemia/Lymphoma foundation. Running buddies and helping a worth cause? Yes please! New York Road Runners https://www.nyrr.org/ is another great nonprofit that hosts races every weekend. And Bret also worked for City Running Tours https://www.cityrunningtours.com/, which was an incredible way to show people around New York (and get paid to work out- Bonus!)

Even if you decide to train solo, race days involve people gathering in some pretty fabulous places. Our personal favorite- as you might have guessed- is Run Disney https://www.rundisney.com/. You can’t help but smile when you’re surrounded by the energy of thousands of other people working towards a goal. Plus all that pixie dust in the air doesn’t hurt. Even Stephen who prefers to cheer from the sidelines loves that one!

This week’s Spotlight on Love comes to us from an anonymous listener:

I’ve been ghosted twice during the pandemic and it has traumatized me. I met a guy on an app and he called me daily. When I was home sick with Covid, he kept me company through FaceTime. We had a lot of talks about the future- our dreams, house, our family. And then one day, he just never answered the phone. I thought he was dead. After three days, he called and said “Hey it’s not going to work.” That was it. I’d like to chalk it up to bad luck, but two weeks later… another guy did the same thing! How do I keep hope alive for finding someone who’s trustworthy? Should I stop using dating apps?

Has today’s episode inspired you to dust off those running shoes? Are you training for anything in particular right now? Please tell us about it! We love inspiring stories, and Bret has a number of resources that he’d love to share. Send him a message!