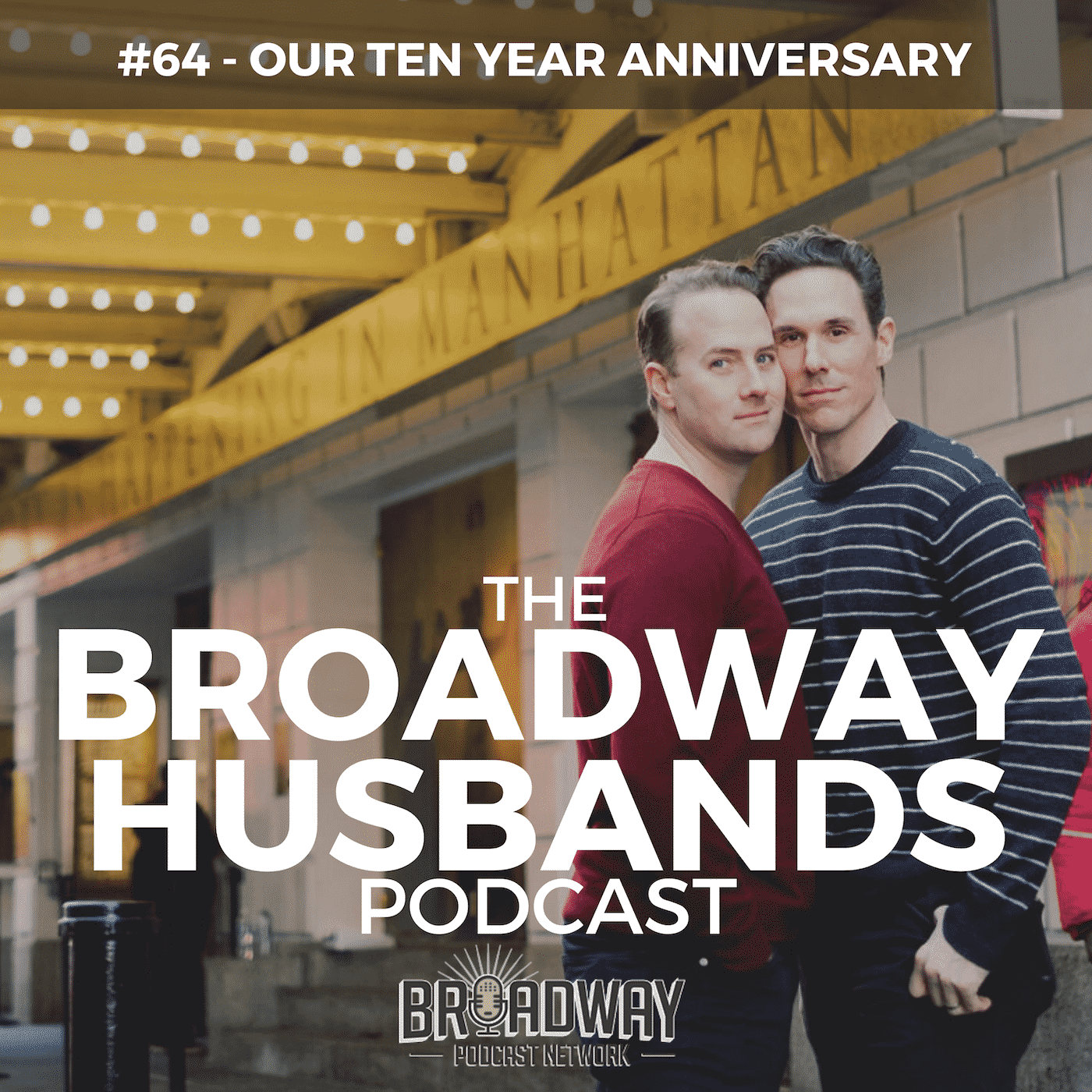 On April 18, 2021 we celebrated ten years of wedded bliss! That’s right- one decade ago, we said “I do!” And what better opportunity than an anniversary to pause for some reflection on the past and hopes for the future!

Since 2011, we’ve had some epic anniversary gifts. There was the year Stephen surprised Bret with a plane ticket to Japan to celebrate our “paper” anniversary. And who can forget our “copper” anniversary when our rings turned both our fingers green! We’ve come a long way in ten years. Geographically, we’ve moved from our East Village apartment to our Texas home. Career-wise, we’ve been on Broadway, National Tours, film and tv, taught ballet, directed, and coached from home. And emotionally, we’ve learned more about each other and ourselves than we ever thought possible.

The world around us has changed quite a bit since 2011, too. And in this episode, we also discuss some changes that are happening in the Broadway community. Actors Equity is in uncharted territory deciding the future of post-pandemic theatre. Producers like Scott Rudin are being exposed for behavior that many kept secret until now. And theatre makers everywhere are calling for diversity and equality at long last. It’s an empowering and unprecedented time to be in show business. And these changes are long overdue.

We had so much fun recording this episode. And we hope that when we look back one year from today that many more changes will be made. In our own lives, we hope that one year from now, we’ll be dads. In fact, we can’t wait for that day to come! We also hope to make an impact on the theatre and arts community here in Houston.