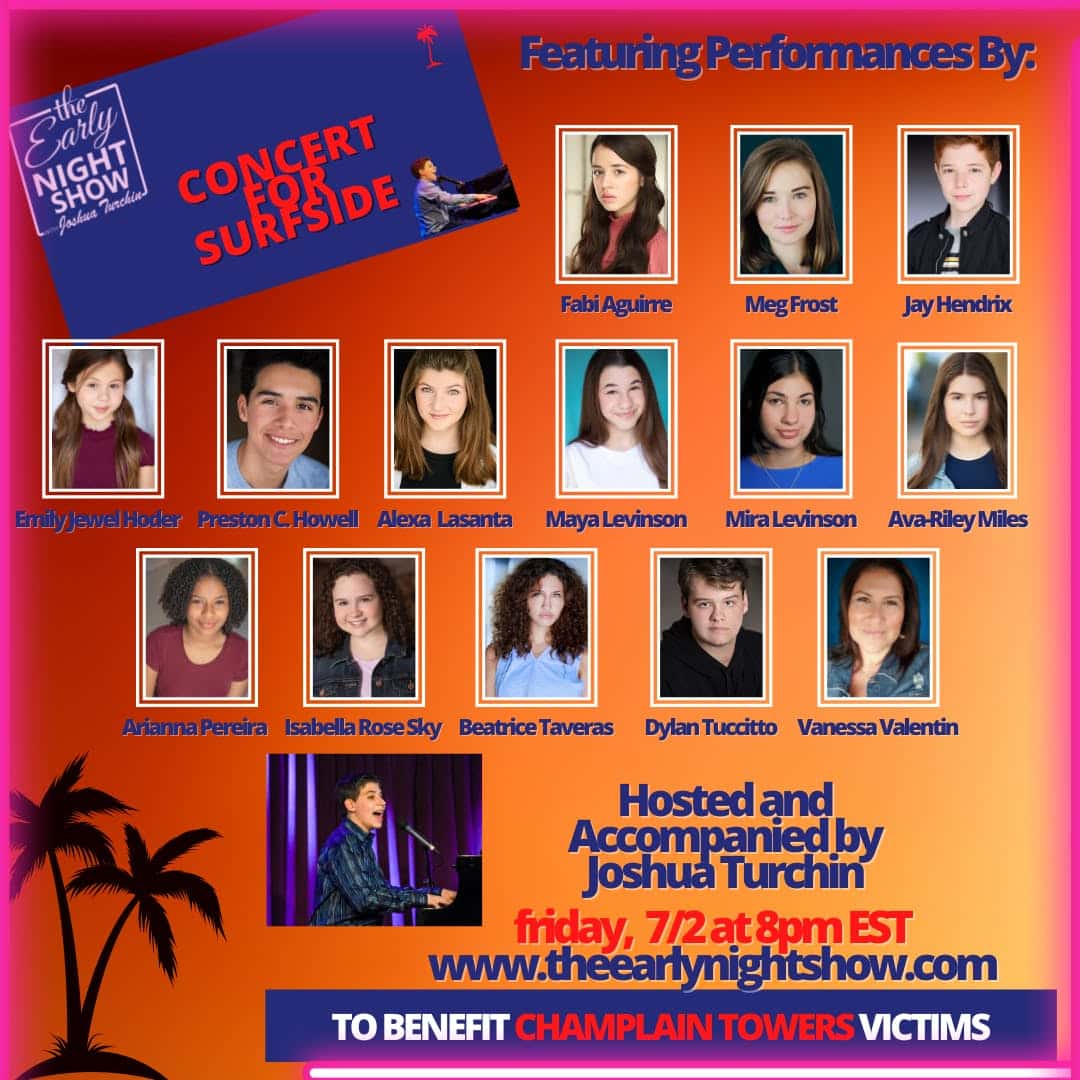 Joshua Turchin hosts and accompanies a special virtual concert of The Early Night Show with Joshua Turchin July 2 at 8pm to support victims and families impacted by the Surfside Building Collapse.