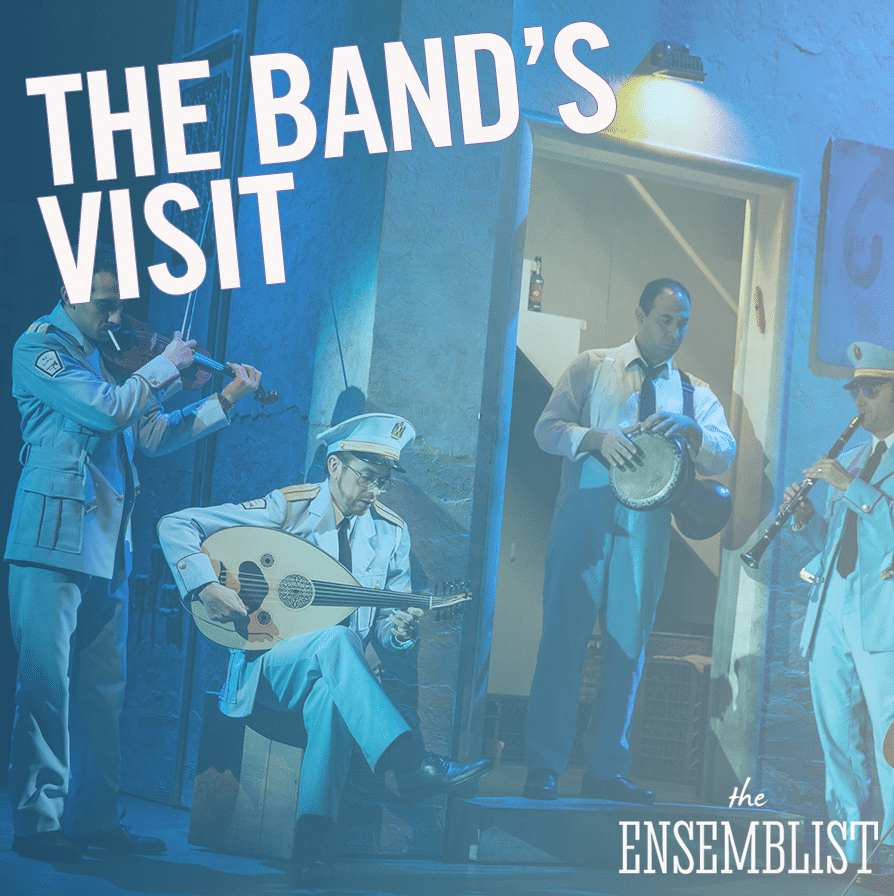 The Band’s Visit is one of those Broadway musicals that does not have an ensemble, per se, but in which every actor is working together to present a cohesive point of view. Yes, there are leading roles and supporting roles, but more than in most musicals the entire company of actors, musicians, and actor/musicians create a mood, a feeling and a sense of place. And so we honor their remarkable run on Broadway with this show, featuring some of our favorite stories about The Band’s Visit.