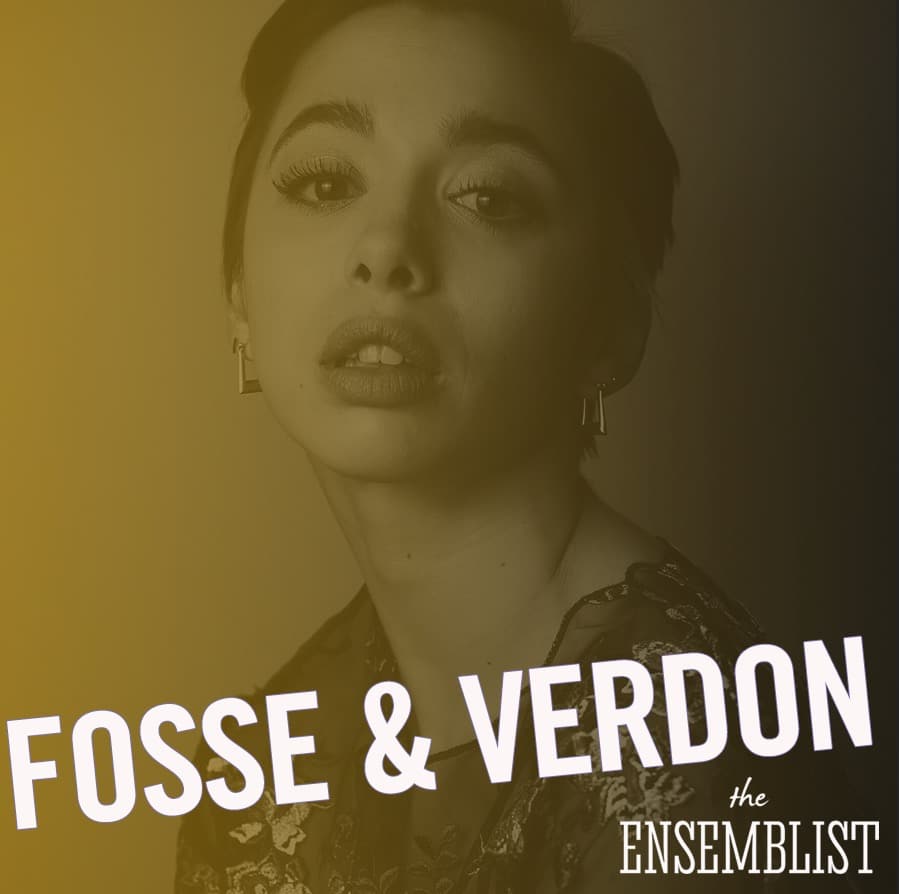 The fourth episode. Man, it’s a friggin doozy! Using the development of Pippin as a jumping off point, we really get to see into Fosse’s process. Through power plays and an incredible amount of sexual misconduct in the workplace, Fosse woes the company into the performances we wants them to deliver. In this episode, there are many familiar Broadway faces playing the company of Pippin including this week’s guest, Emma Caymares.

Emma Caymares has performed at Broadway’s Lunt-Fontanne Theatre in two productions, playing Veruca Salt in Charlie and the Chocolate Factory and Wendy in Finding Neverland. She also performed on the small screen in the Starz series Flesh and Bone. In Fosse/Verdon, she plays Rebecca, one of the dancers in the original company of Pippin who caughts caught up in the power of Bob Fosse – and visa versa.