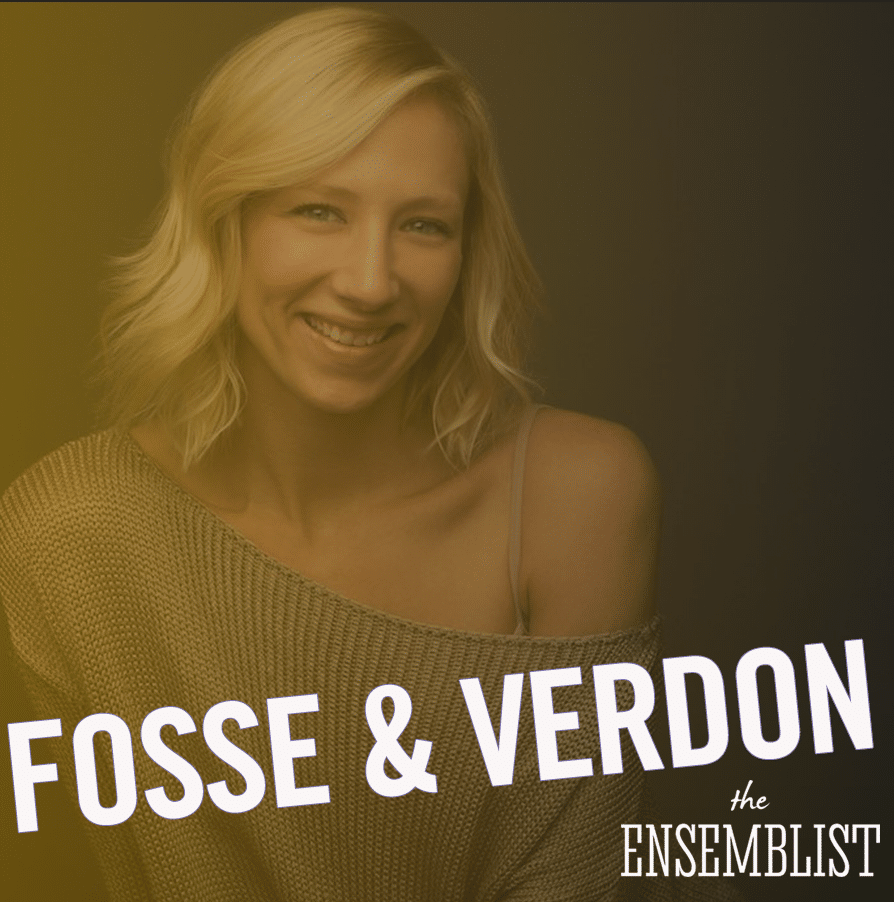 The sixth and seventh episodes turn their focus onto the creation of Chicago. We see Fosse in the rehearsal room as begins staging the show before being sidelined with health issues. When he comes back after four months, the show becomes much darker – turning into the piece we know and love today. Among the Broadway performers playing those in the rehearsal room are Robyn Hurder, Michael Williams, Fred Odgaard, Alex Wong and this week’s guest, Heather Lang.

Heather Lang has performed on Broadway in An American in Paris and Spider-Man: Turn Off The Dark and will be back in Jagged Little Pill this fall. In Fosse/Verdon, she plays Sandy, Fosse’s associate on multiple projects from the film of Cabaret to Chicago on Broadway. Here’s our conversation.