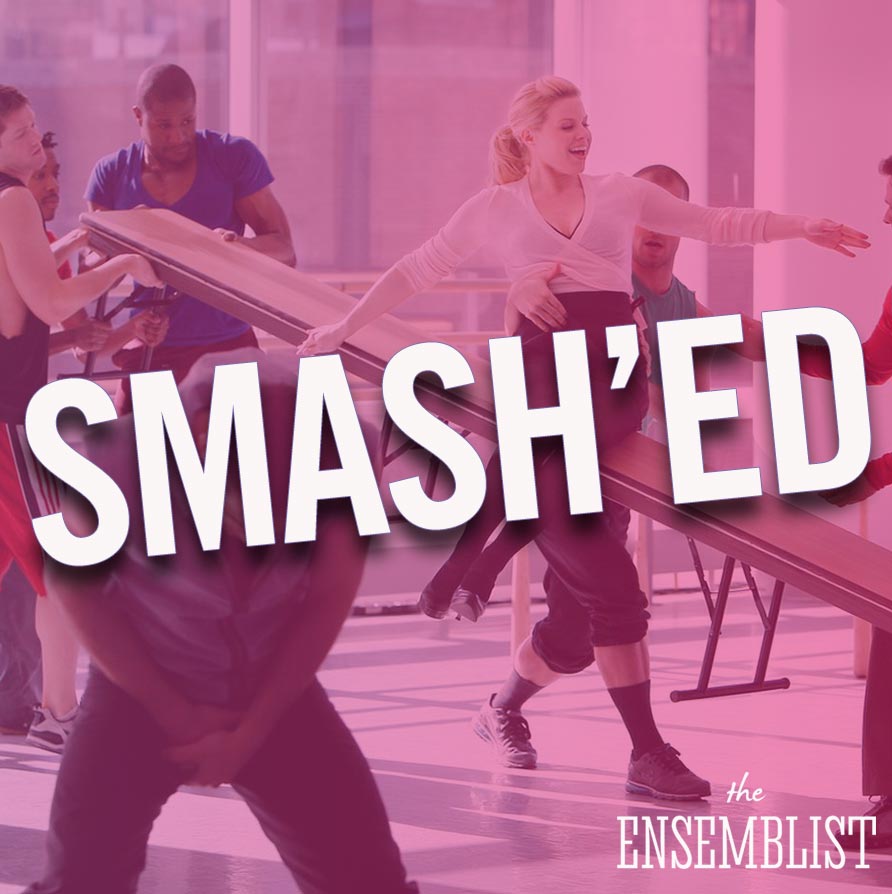 The first episode of Smash is aptly named, “Pilot.” The episode premiered on February 6th, 2012. It was written by the show’s creator Theresa Rebeck, and directed by Michael Mayer. The pilot premiered to an audience of 11.44 million people! This episode featured seven songs, three of which were original songs written by Marc Shaiman and Scott Wittman: “Never Give All the Heart,” “The National Pastime,” and the show’s anthem “Let Me Be Your Star.” The other four were covers of “Somewhere Over The Rainbow,” “I Wanna Be Loved By You,” “Beautiful,” and “Happy Birthday, Mr. President.”

We fade in on a girl with a hunger for fame and a face and a name to remember. That face is Katharine McPhee and that name is Karen Cartwright. She’s singing “Somewhere Over The Rainbow” in an audition.

A team of writers Tom Levitt and Julia Houston are tipped off to a subject for a new musical by their assistant Ellis. Ellis says “I think (Marilyn Monroe) would make a good musical.” Julia is intrigued by Marilyn as a subject, saying “There’s just something about (Marilyn). How much she loved and wanted to be loved.” So the team gets to work on a demo, bringing in Ivy Smith to record the song.

Ivy is currently an ensemblist in Tom Levitt’s Broadway production Heaven on Earth, but she confides to him that “You know I love the show. I love you.” Tom: “The ensemble not so much.” Ivy: “I just want a part.”

After THREE commercial breaks, we meet Anjelica Houston as Eileen Rand, who wants the project and wants to connect them with a hot-tempered director Derek Wills. They all agree to set aside their differences, in part due to a specularly staged number on spec called “The National Pastime.”

Karen turns a remarkable audition for Marilyn, singing Smash’s first pop cover: “Beautiful” by Christina Aguleria. Derek is intrigued enough to invite Karen over to his apartment under the pretence of a private coaching session. She keeps Derek at arm’s length , and the episode ends with both Karen and Ivy vying to “Let Me Be Your Star.”