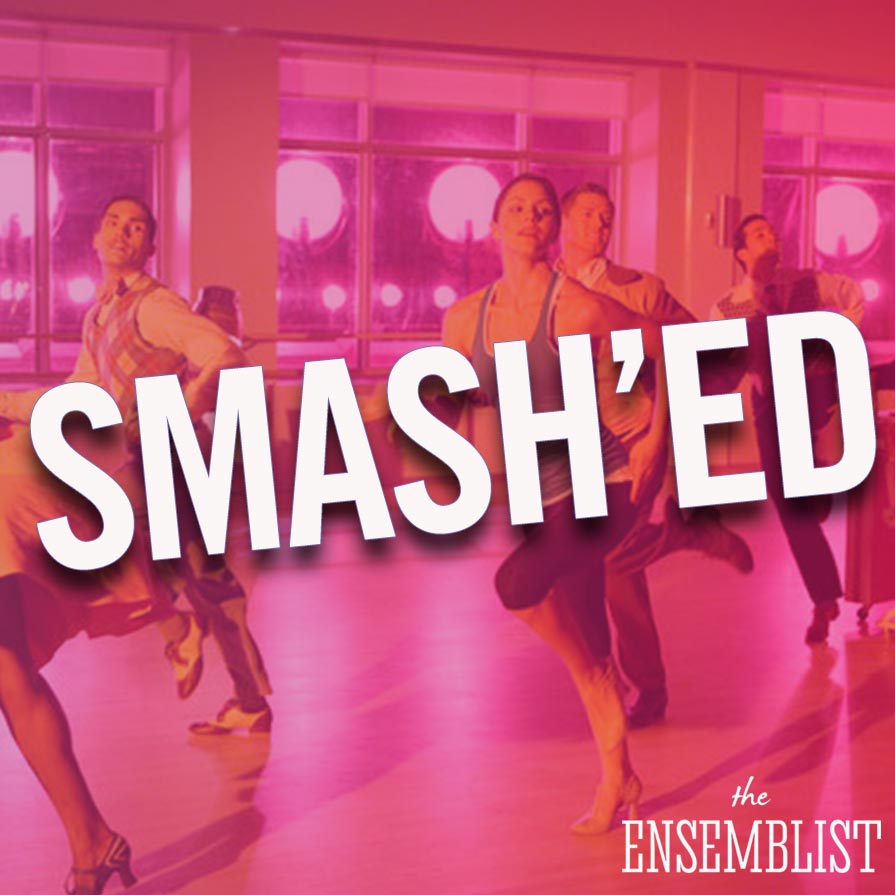 Episode 2 is titled, “The Callback,” and it premiered on February 13th, 2012. It was written by Theresa Rebeck, and directed by Michael Mayer, both of whom also wrote and directed the pilot.

The episode begins with the Bombshell creative team mulling over they are #TeamIvy or #TeamKaren. Tom and Julia are playing with the show’s structure, moving songs around, as director Derek takes Karen and Ivy through dance auditions. Tom tells Ivy “I would have just given it to you.”

Karen stays late for a work session, missing an important business dinner of her boyfriend, Dev. Ivy takes the challenge of competition for the role head on, reading biographies, watching movies, practicing Marilyn’s lip placement and eventually having sex with the director.

In the final auditions, Karen performs a full staging “20th Century Fox Mambo” surrounded by ensemblists.. Derek justifies it by telling Eileen, Tom and Julia “Oh guys? The song was so good that we just went ahead and staged the whole thing.”

Karen is green, but she’s certainly trained. Ivy was completely spontaneous and sexy. Ivy comes out on top, as the orchestra swells, she cries. But Eileen and Derek agree to keep their eye on Karen Cartwright.

Also, Dev works at City Hall and Julia pursues adopting a baby from China that her son Leo does but her husband Frank doesn’t. But nobody does.