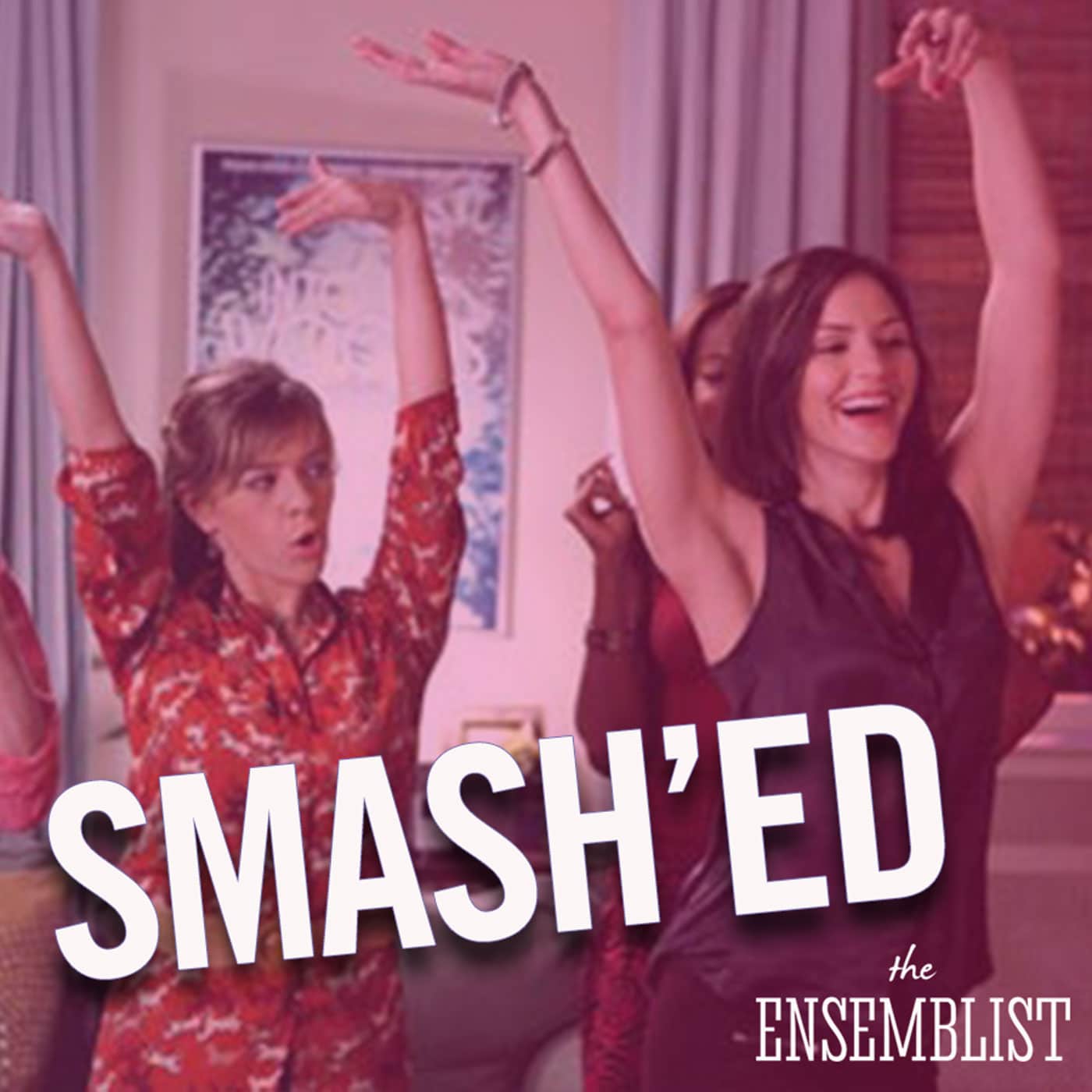 “The Cost of Art” premiered on February 27, 2012, and was the first episode in the series NOT written and directed by show creator Theresa Rebeck and Michael Mayer. The episode was written by David Marshall Grant, and directed by Michael Morris. At premiere, the episode was viewed live by 6.6 million, but including DVR recording, was viewed by a total of 9.05 million viewers.

There was a lot of music in this episode: Two original songs (History is Made at Night and I Never Met a Wolf Who Didn’t Love to Howl), two snippets of original songs (20th Century Fox Mambo from last ep, and preview of Let’s Be Bad from the next episode), and two covers (Buble’s Haven’t Met you Yet and Adele’s Rumor Has It).

The workshop of Bombshell has begun! Michael Swift is in, Julia is avoiding Ellis, and all seems right in the world. We also meet two icons of the Smash Universe. Linda, America’s Favorite Stage Manager, played by Ann Harada, and Bobby, the snarky chorus boy everyone loves to loves, played by Wes Taylor.

Ivy enters the rehearsal room to riot, if somewhat random applause from her castmates and Derek gives us the rundown: the workshop is primarily for the ensemble, only some numbers will be staged, some costumes but “basically it’s up to you to sell it.”

However, Eileen Rand doesn’t have the $200,000 she needs to finance this workshop. Turns out her soon-to-be-ex-husband Jerry is keeping her from accessing all but $8,000. So she tries to sell a prized Degas sketch hanging in her office to make it happen, but even that it is Jerry’s name.

Karen keeps getting cut from numbers, thanks to sly comments from Ivy. She confides in Jessica, who along with Sue and Bobby, take shipping for LaDuca, new dance clothes and an “intervention.” Which is Chinese food, Marie Kando-ing her closet and performing a dance from routine from their snap and booty shake “dance class.”

Everyone ends up at a party for Lyle West at Derek’s house, which of course has a casual grand piano, a drum set and a saxophonist. Eileen has brought the Degas with her which she offers in exchange for points – IF the show is any good. So there’s an impromptu performance of Bombshell which is enough for Lyle to chip in the $200k.