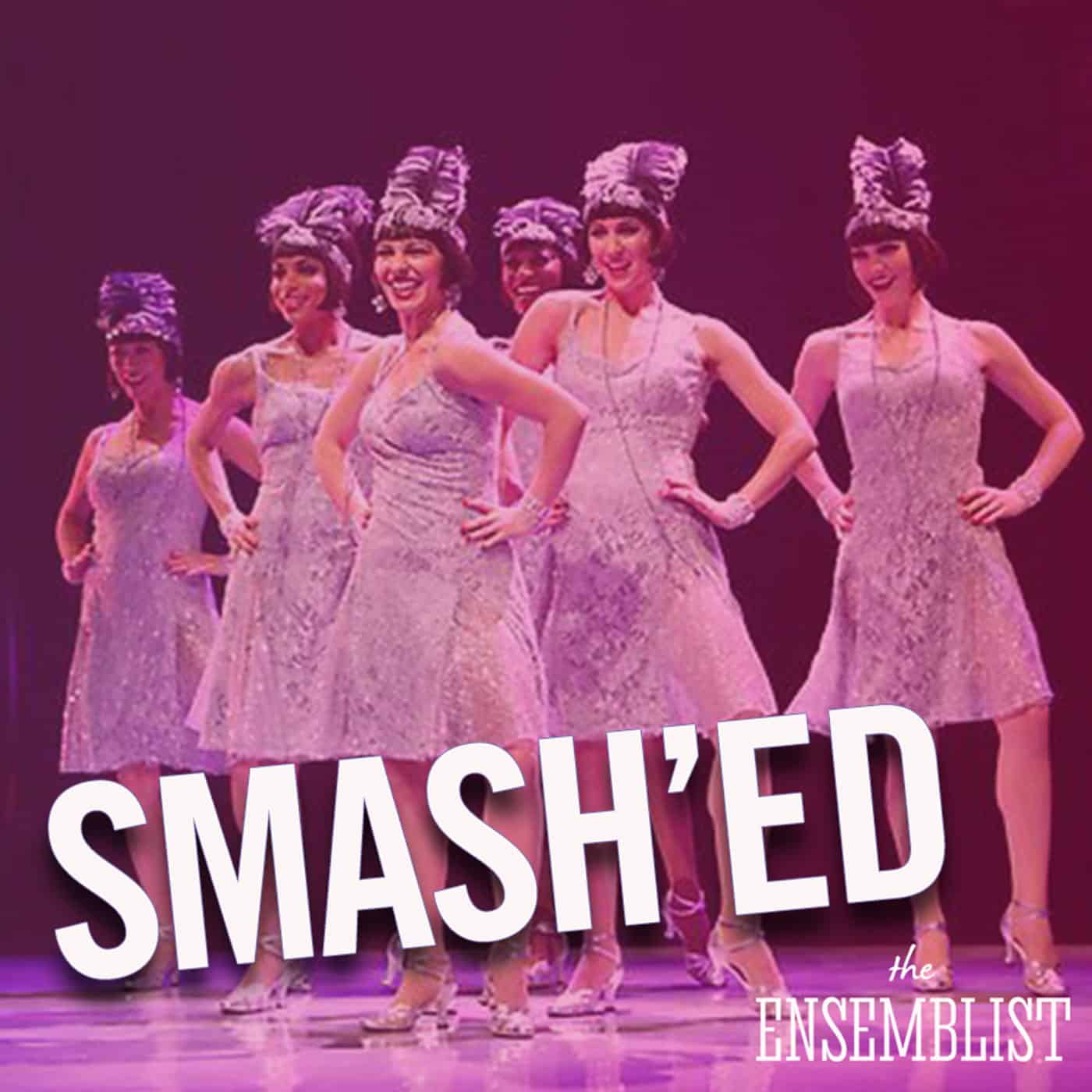 “Let’s Be Bad” premiered on March 5th, 2012. It was written by Julie Rottenberg and Elisa Zuritsky, and directed by Jamie Babbit.

As performers in the Bombshell workshop are warming up for the start of a rehearsal day, Derek uses Karen to work on a new sequence for the bridge sequence. Ivy walks in and clearly startled asks “am I late?”

Eileen is anxious about the script developments, interrupting Tom in a date with a handsome lawyer who he’s just not that into. But it’s really Julia who is stalling over dinner at Westway Diner with Michael Swift.

Eileen uses sneaky Ellis to spy on Julia’s progress. Derek is pissed about everything going well, even pitting Ivy against Karen by asking Cartwright to perform a tricky vocal passage in front of a full company rehearsal.

In their private rehearsal, Karen graciously apologizes for the awkward situation, which Ivy labels “taking singing lessons from a chorus girl.” Ivy has a lot on her plate but she’s handling it, which she shows both the audience in the rehearsal room and watching on TV with a fully-staged fantasy version of “Let’s Be Bad.”

After the rehearsal, Sam confines in Ivy that “This company has too many drama queens as it is.” We find out Sam is gay, even though he likes sports (!)

Afterwards, drunk Ivy confronts Derek at his apartment about why he can’t support her more. Derek tells her he wishes that people “didn’t have those annoying feelings,” to which Ivy yells back “THEATRE IS ABOUT FEELINGS!” Derek the Nightmare gives her a pseudo-apology, which is more than enough for Ivy to spend the night!

Also, Julia’s son gets arrested because she’s out with Michael Swift, who woos her with a front stoop serenade. And Karen learns how to be sexy to help her boyfriend Dev get a leg up in the running for the mayor’s new press secretary.