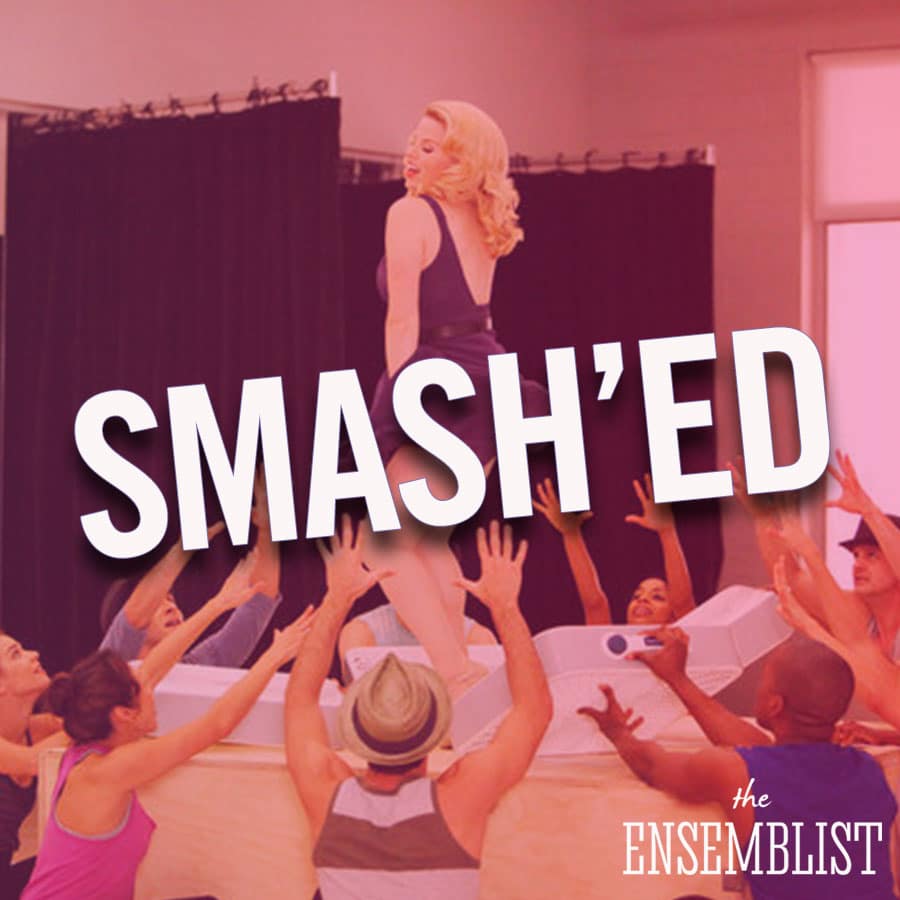 “Chemistry” premiered on March 12, 2012. The episode was written by Jacquelyn Reingold, and was directed by Dan Attias. It premiered live to an audience of 7.04 million viewers.

The featured songs in this episode included two covers — Shake it Out by Florence & The Machine and Who You Are by Jessie J — and one original song by Shaiman and Whitman called “History is Made at Night.” Oh yeah, and Karen massacres “Hava Nagila,” if we wanna count that.

Changes to the script and score are being made during the workshop of Bombshell, with scenes and songs being moved. Our director Derek Wills isn’t happy with the state of the script, but he’s less happy with his leading lady losing her voice. Ivy Lynn’s voice is inflamed but not infected. While she’s on vocal rest, Bombshell’s creative team begins to contemplate asking Karen Cartwright to take on the part of the workshop’s presentations.

When Derek informs Ivy about this possibility, she takes her first dose of prednisone to help her ailing voice. However, she finds that it gives her night sweats and headaches. Even though she’s “not in good shape,” she still attends rehearsal to prevent Karen from getting a chance at the part. This makes her even more unwell, with side effects including the strangest musical sequence on the series to date.

Karen is daunted by the task of learning the role of Marilyn in a week, but yet she feels like “she can do this!” That confidence is bolstered when she crushes it as the entertainment at the Northport Bar Mitzvah, catching the eye of someone named Bobby Raskin.

Our lyricist Julia Houston can’t concentrate on making any edits to the show though because she’s too distracted by her recent smoochfest with her leading man, Michael Swift. But in the process of begging him not to flirt with her, she ends up topless with him in a rehearsal room. Composer Tom Levitt is still trying to decide whether the boring but capable lawyer he’s dating is enough for him.

Eileen Rand is still on the hunt for $7 million in capital, but the workshop is being attended by “Nathan Lane AND the Nederlanders.” But the buzz is good enough for her to lease an apartment on the 87th floor in the Lower East Side that costs $10,000 a month AND buy Ellis multiple $7 martinis.