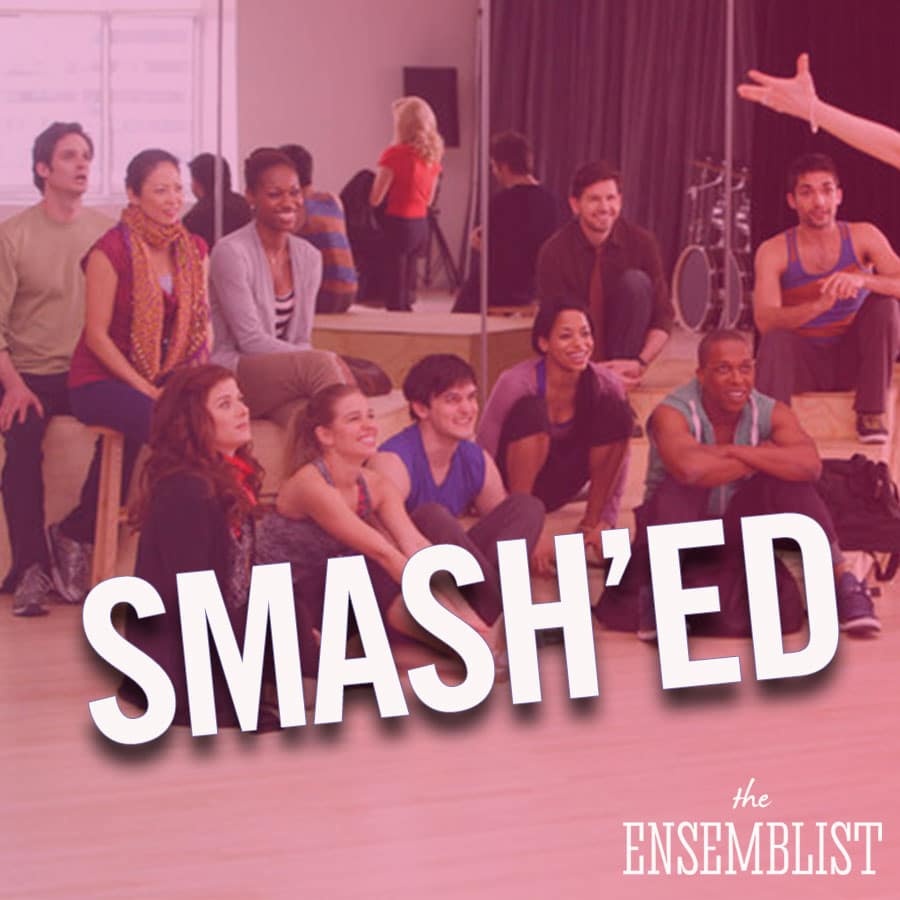 “The Workshop” premiered on March 19, 2012. It was written by Jason Grote, and directed by Mimi Leder. The episode premiered to 6.56 million viewers, down about half a mil from the previous week.

Being the workshop presentation, we basically saw excerpts of all the original music from Bombshell by Shaiman and Whitman that we have seen thus far, but we also saw a new original song called “On Lexington and 52nd Street” in its entirety which closed out the presentation. We also saw a cover of Colbie Caillat’s “Brighter Than the Sun,” but the tour de force number we got to see was “Everything’s Coming Up Roses” from Gypsy.

Investors are coming in tomorrow to watch the workshop presentation of Bombshell. The flame is hot between Julia Houston and Michael Swift, canoodling in the hallways outside the rehearsal room.

Ivy Lynn arrives at rehearsal with her mother, Leigh Conroy, who just happens to be a veteran Broadway star in her own right. With only a day before the presentation, rehearsal pauses so that Ms. Conroy can wow the company of Bombshell with an impromptu rendition of “Everything’s Coming Up Roses.” Moments later, rehearsal pauses yet again when Michael Swift’s wife and son barge into rehearsal, causing Julia to storm out of rehearsal and leave rehearsal. Again: the day before the presentation.

With all of the personal drama combined with the rehearsal building seemingly crumbling under their feet, Derek Wells wonders if the project is cursed. But Eileen Rand promises him that Bombshell will be a hit “because Marilyn deserved it.”

Leigh Conroy won a Tony without drugs but it doesn’t look like Ivy Lynn will be able to claim the same accomplishment, taking sleeping pills the night before the presentation. She confides in Tom Hewitt that “her mother is doing everything she can to undermine her, and Karen Cartwright is being handed everything on a plate.”

The workshop begins with Ivy singing to a swelling imaginary orchestra, but it’s Karen who see dreaming of performing the role of Marilyn. With highlights of the fantasy sequences we’ve seen from the TV series’ first six episodes, we watch both the workshop and the watching of the workshop. Everyone seems to be a bit off of their game, with Ivy falling in a lift, Karen falling off of a platform, and Michael Swift falling head over heels in love with Julia.

Amidst the drama, Karen Cartwright records a demo for Bobby Raskin across the street and wins over yet another potential critic with vocals. The next morning at 6am, she gets woken up by a call that Raskin wants to meet her but she skips it to perform in the workshop. The rest of the ensemble questions her decision but she says “she wouldn’t have missed it for the world.”

After the workshop, Ivy confronts her mother by drawing a comparison between herself and Marilyn: both were sad and drug-addicted women whose mothers didn’t love them. Leigh tells her that she knows how difficult this business can be, and that even though wishes Ivy would be something else with her life, her day will come because she truly is talented. The team also contemplates the future of Bombshell – and whether Ivy Lynn or Michael Swift will be a part of that future at all…