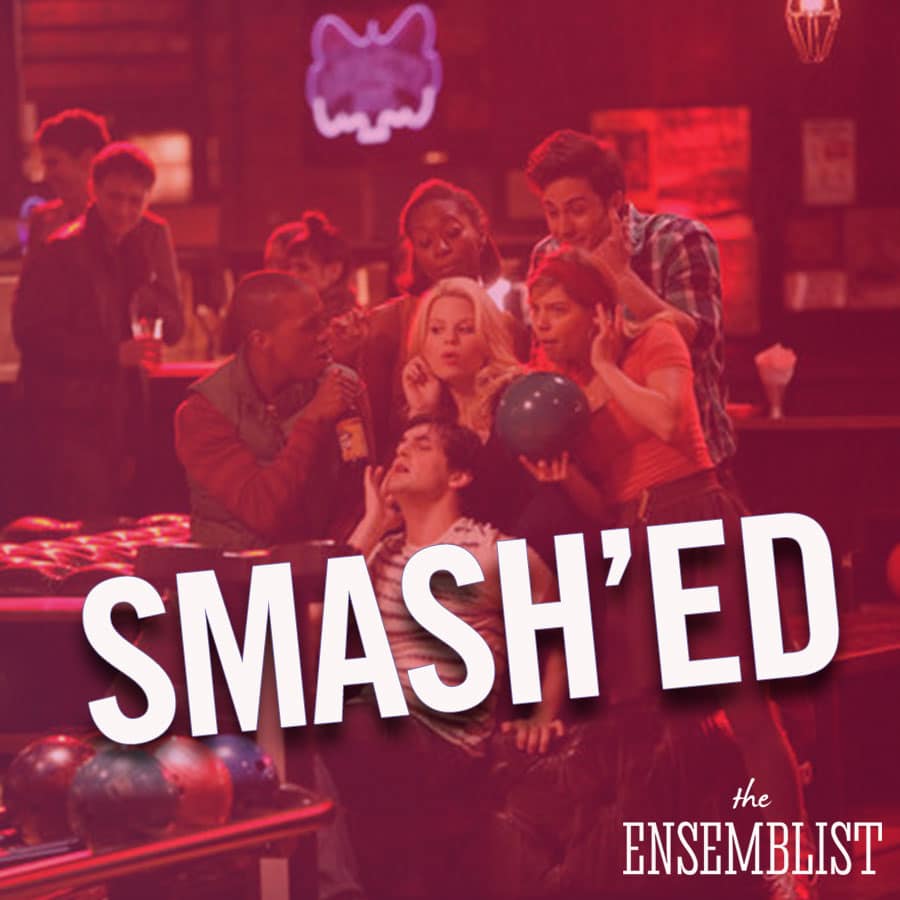 “The Coup” premiered on March 26, 2012. It was directed by Paris Barclay, and written by show creator Theresa Rebeck. This is the first episode Ms. Rebeck has been credited with writing since episode 3. Upon premiere, the episode was viewed by 6.14 million, which is down .42 million from the week before. It just keeps going down…

This is the first episode where there is zero music by Marc Shaiman and Scott Whitman, which makes sense since the workshop’s over. Instead, we have the original song “Touch Me” written by Ryan Tedder of OneRepublic and Bonnie McKee, and two covers of Bob Marley’s “Three Little Birds” and Sly and the Family Stone’s “Dance to the Music.”

After the Bombshell workshop, everyone is asking if the musical is dead. Well, Ivy is at least – driving herself crazy on a stationary bicycle. In addition, Derek and Ivy are taking a bit of a break so her inside track on the progression of Bombshell is moot.

Derek meets with Karen to tell her that “they” are talking to a new songwriter, a new approach and a new song “and they need her to sing it.” The catch? Tom and Julia can not know. But they do know! Because assistant Ellis and producer Eileen are now BFFs and Ellis now seems to have a full time gig as a professional snoop.

Karen is concerned about aligning herself with Derek but agrees to meet him at a dockside in Queens. The dockside ends up being a Brooklyn warehouse where Ryan Tedder of One Republic is working on, which involves Karen singing “‘touch me’ to a bunch of dancers.”

Sam and the ensemblists of Bombshell *finally* get Ivy out of the gym by taking to Brooklyn Bowl. Bobby the soothsayer laments “they pay us nothing for those things and then as soon as it’s over no one calls and then we end up prowling around trying to figure out what’s going on. We did all that work for free, basically, and then we have no rights to even ask a question.” The result is what is perhaps the most realistic exchange of the television series thus far:

Jessica: “I hate the theatre.”

Bobby: “I hate the theatre.”

Which turns into a bowling lane dance party, jumping off of the furniture, and grapevining down the bowling lane.

Ivy catches Ellis on one of his snooping missions, where he lets on the Karen and Derek are working together. She replies, “Oh if they’re going to replace me with a star that’s bad enough but Karen Cartwright is a nobody.” Bobby meets up with Karen under the guise of catching up since the workshop, but what he’s really doing over beers is getting the dirt on Karen’s secret project.

The secret project ends up being a choreographed performance of “Touch Me” a Marilyn-inspired techno song staged on a rotating bed with satin sheets. Needless to say it doesn’t go over well with Tom and Julia, with both of them feeling betrayed by Derek and Eileen going behind their backs. But when the creative team finally comes together, Eileen tells them that the Marilyn musical now needs a star to move forward.