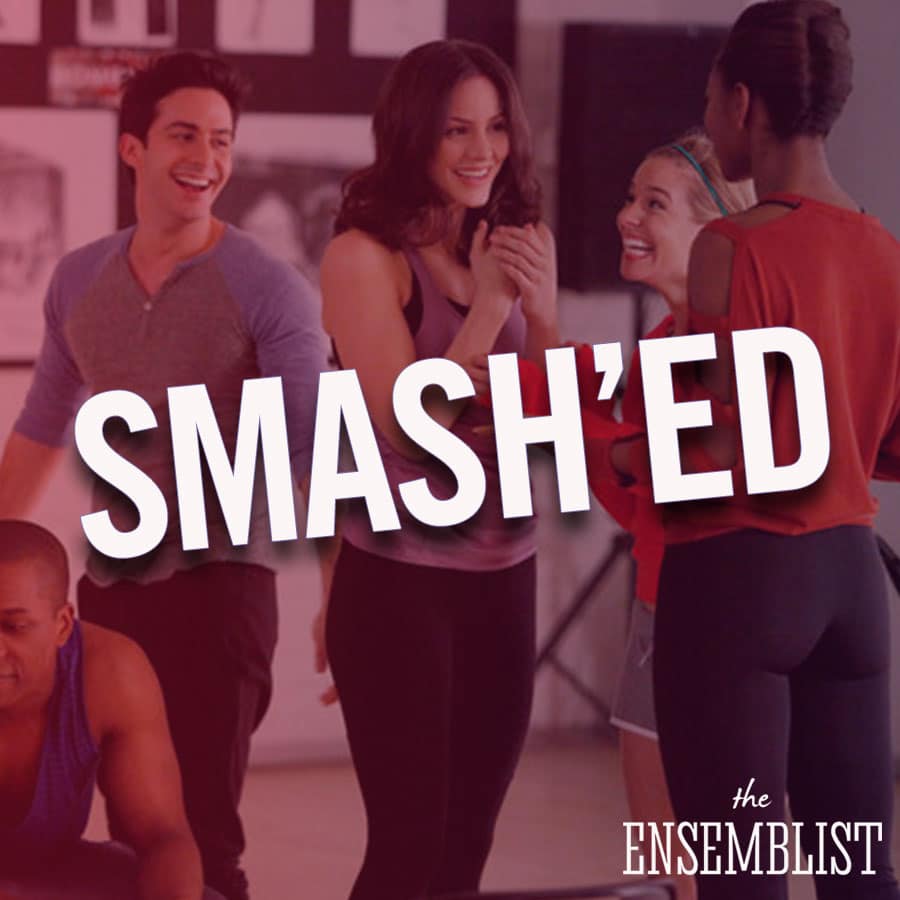 “Understudy” premiered on April 9th, 2012. It was written by Jerome Hairston, and directed by Adam Dernstein. The viewership dipped yet again from the previous week, premiering to an audience of 5.99 million viewers.

Songs this week featured one cover of Kelly Clarkson’s “Breakaway” and two original songs by Marc Shaiman and Scott Whitman: a sort of reprise of Marilyn’s very first song in the series, but this time Katherine McPhee singing “Never Give All the Heart,” and a new song featuring stand-in Christian Borle called “Don’t Say Yes Until I Finish Talking.”

The episode opens with a room of cast, creatives and investors waiting to start a reading of the Bombshell script. Waiting, that is, on Hollywood star Rebecca Duvall – who misses playing Marilyn in the reading because she’s stuck in Cuba. In Rebecca’s absence, Tom, Julia and Derek come to Karen telling her that “they want her to understudy Marilyn.”

Many of her ensemblist cohorts giggle with Karen excitedly, but Bobby and Sam note that “she’s never going to hack it – especially after Ivy breaks her kneecaps.” Ivy is furious that Karen has been given the job, even when Derek tells her that her outburst at Heaven on Earth means he can’t “even hire her for the chorus.”

Derek verbally assaults Karen in rehearsal, which causes Bobby and Jessica and place bets on whether Karen will cry. Later at her apartment, Ivy shows a moment of kindness and advises Derek that “the only directors that were ever successful with Marilyn were the ones who babied her.” She continues her rebranding campaign, joining Karen and the ensemblists of Bombshell for appletinis after rehearsal and bringing her once-rival a pair of Monroe-inspired sunglasses.

Back in rehearsal, Derek calls the cast to run “the Zanuck number” about Darryl R. Zanuck, producer of All About Eve and The Grapes of Wrath. When Derek asks “Where is Zanuck?,” Tom replies “You don’t want to know, but I’m standing in today.” The steam room-inspired number is performed full out by Manuel Herrera, Curtis Holbrook, Keith Kuhl, Spencer Liff, Leslie Odom, Jr., J. Manuel Santos, Phillip Spaeth and Wesley Taylor, One run through seems to be good enough, as Derek gives no notes and quickly moves on to Karen to guide her with kindness.

When Rebecca Duvall’s return is imminent, Derek shows up at Karen’s apartment to thank her for her good work. Not only that – he apologizes to Karen for his behavior back in the pilot episode. When Karen’s boyfriend Dev sees Derek walking out of their building, the two men get into a sidewalk fist fight. Dev floats the idea that she quit the show to avoid Derek. She argues back, telling Dev “Marilyn is everything I came to this city to do – everything that I want to be.” She goes to rehearsal the next day, covering the role of Marilyn until Rebecca Duvall shows (played by real life star Uma Thurman!)