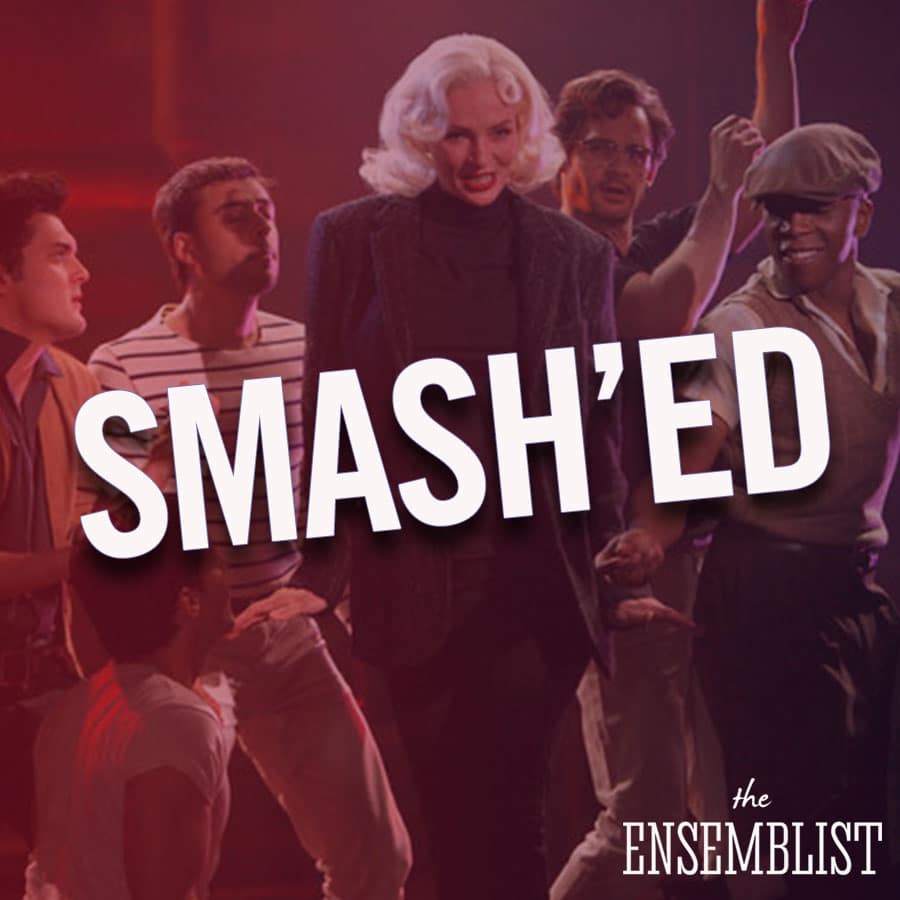 “The Movie Star” premiered on April 16, 2012. It was written by Julie Rottenberg and Elisa Zuritsky, and directed by Tricia Brock. Again, shout-out to an all-female team! The episode was viewed by 5.95 million viewers. Down again, man.

This episode had three featured songs total, though one could argue that that spoken-word version of “Let Me Be Your Star” should count for half! Wow. The other two were one original song by Shaiman and Whitman called “Dig Deep,” and a cover of “Our Day Will Come” by Ruby & the Romantics.

Everyone in the Bombshell rehearsal room is abuzz about movie star Rebecca Duvall, especially her new understudy Karen Cartwright. But as the company sits in her first sing through of “Let Me Be Your Star,” they realize she’s not a vocalist like Karen or Ivy Lynn. You see, “Everyone said she could sing,” but nobody on Bombshell bothered to check first hand. Eileen asks Derek, Tom and Julia to come up with “constructive solutions.” Derek advocates for bringing Ivy back into the show, just in case they need her.

All that Karen can wonder is what Ivy’s return means for her. But once Rebecca showcases her ineptitude, Ivy and Karen begin to conspire together. Ivy teases Karen, prodding her that “you’re counting the minutes until she implodes, and if you’re not you’re in the wrong business.”

Rebecca Duvall confides in Derek that she wishes Bombshell could delve into the story of Marilyn with “a little less singing and dancing.” The writers try adding in a short scene for her at the Actors Studio, but she is still perplexed by the idea that a character would break into song. Eileen advocates for Rebecca, demanding a new “extra long scene” for her Marilyn.

Eileen imparts an old adage to assistant Ellis, “Keep your friends close, celebrities closer, and their assistants even closer still.” For Eileen, this includes Rebecca Duvall and her many, many, many ideas for script revisions. But in a late night work session with the creative team, Rebecca turns out to be surprisingly candid about her own limitations, asking for keys to be lowered and ballads to be cut. Based on the collegial session, there’s a new jazzy version of “Dig Deep” added that references Stanislavsky, childhood drama and Sigmund Freud.

At a screening of Rebecca Duvall’s new movie, Ivy and Karen talk about their hot-headed boyfriends and catch each other sneaking out of the boring movie. They share a laugh followed by Ivy announcing “She’s annoying. She stole our part. We hate her. Let’s go drinking.” After a few, Ivy tells Karen “When Rebecca Duvall goes down, everything’s up for grabs. You’re going to have to pry that part of my cold dead hands.”

In other news, Julia and her separated husband Frank come together to get their son to improve in calculus. Ellis gets caught trying to pull one over on Rebecca Duvall’s assistant. And Tom’s date with “chorus crush” Sam stops short of physical intimacy because “he’s old-fashioned and believes in God.”