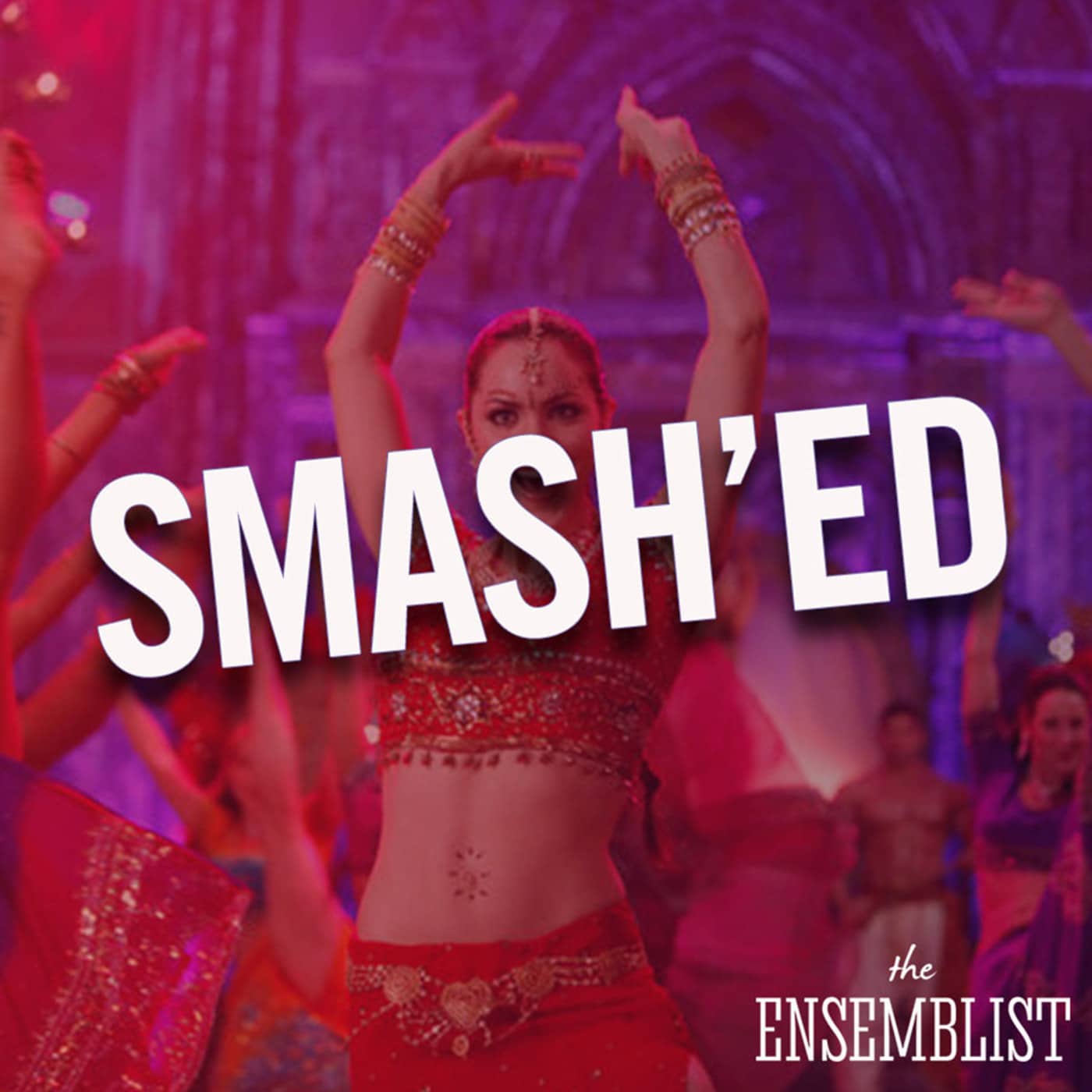 “Publicity” premiered on April 23rd, 2012. It marks the return of our original team from the pilot and first few episodes of the series: Theresa Rebeck and Michael Mayer, who respectively wrote and directed this episode. The viewership was up this episode! Yay! Premiering to 6.01 million viewers, about sixty thousand more than last week!! Gotta be that Bollywood promo, right?

There were three featured songs this episode, which may have been my favorite episode soundtrack of the season. One cover of “Run” by Snow Patrol, and two original songs: the Bollywood-inspired original “A Thousand and One Nights” and shadow Marilyn’s ballad of “Secondhand White Baby-Grand,” both written by Marc Shaiman and Scot Whitman.

Derek calls Karen into rehearsal early to ask her to continue looking over the leading lady material, saying “I think you’d make a brilliant Marilyn.” Rebecca invites Karen to go out together in order for Ms. Duvall to “check out the competition.” When Karen slays Snow Patrol’s “Run,” Rebecca tells her “You are not an understudy, you are a star!”

But Rebecca Duvall continues to give notes on the Bombshell script and score, including to ut one of the show’s only romantic duets “Mr. and Mrs. Smith.” When Tom and Julia write a new song called “Second Hand White Baby Brand,” Rebecca says it should be given to one of Marilyn’s “shadow selves”: Karen! Rebecca continues to ingratiate herself with the company, making smoothies with Linda the stage manager, and becoming BFFs with Karen – taking her clubbing and giving her designer clothing.

Everyone’s having dinner dates: Ivy at drinks with Sam and Tom, Eileen and her bartender boyfriend out at BAM, and Karen out to Indian food with Dev and Rebecca, who end up passive-aggressively arguing about what Karen wants her future to look like. In her mind, Karen transports herself to multicultural Bollywood where Dev and Karen challenge each other to prove their love is longer than “A Thousand And One Nights.”

The number features 30 dancers including current Broadway performers Ericka Hunter, Nina Lafarga, Nathan Lucrezio and Katie Webber. The fantasy sequence is performed in an Indian wedding venue as scores of multicultural dancers in tunics and saris pitch their thumbs and middle fingers together and push flexed hands towards the corners of the room. In curtained corners of the hall, Rebecca, Tom, Eileen, Julia and the rest of our leading players pose in tableaus that reflect the song’s quandaries.

Back in reality, Julia’s missing son turns out to be sleeping on a friends’ floor, but the search for him causes Julia and her husband to come back together. Her son’s return also brings Tom and Sam together, cementing their budding relationship with a sweet and subtle kiss.

Ivy watches Ellis relegated to making Rebecca Duvall’s smoothies, and concocts a plan to get both Rebecca and Karen in trouble by feeding them misinformation about the rehearsal schedule. When Rebecca returns 15 minutes late from a 10 minute break, Derek lambasts her. But when Karen doesn’t return to rehearsal at all, Derek gives Karen’s new song to Ivy.

Ivy crushes her first run of “Second Hand Baby Grand,” which includes staging that rolls Rebecca Duvall upstage as Ivy’s Shadow Self takes downstage center. But the moment the company applauds Ivy for her spectacular performance, Rebecca tells the room that she thinks Marilyn should sing the song.