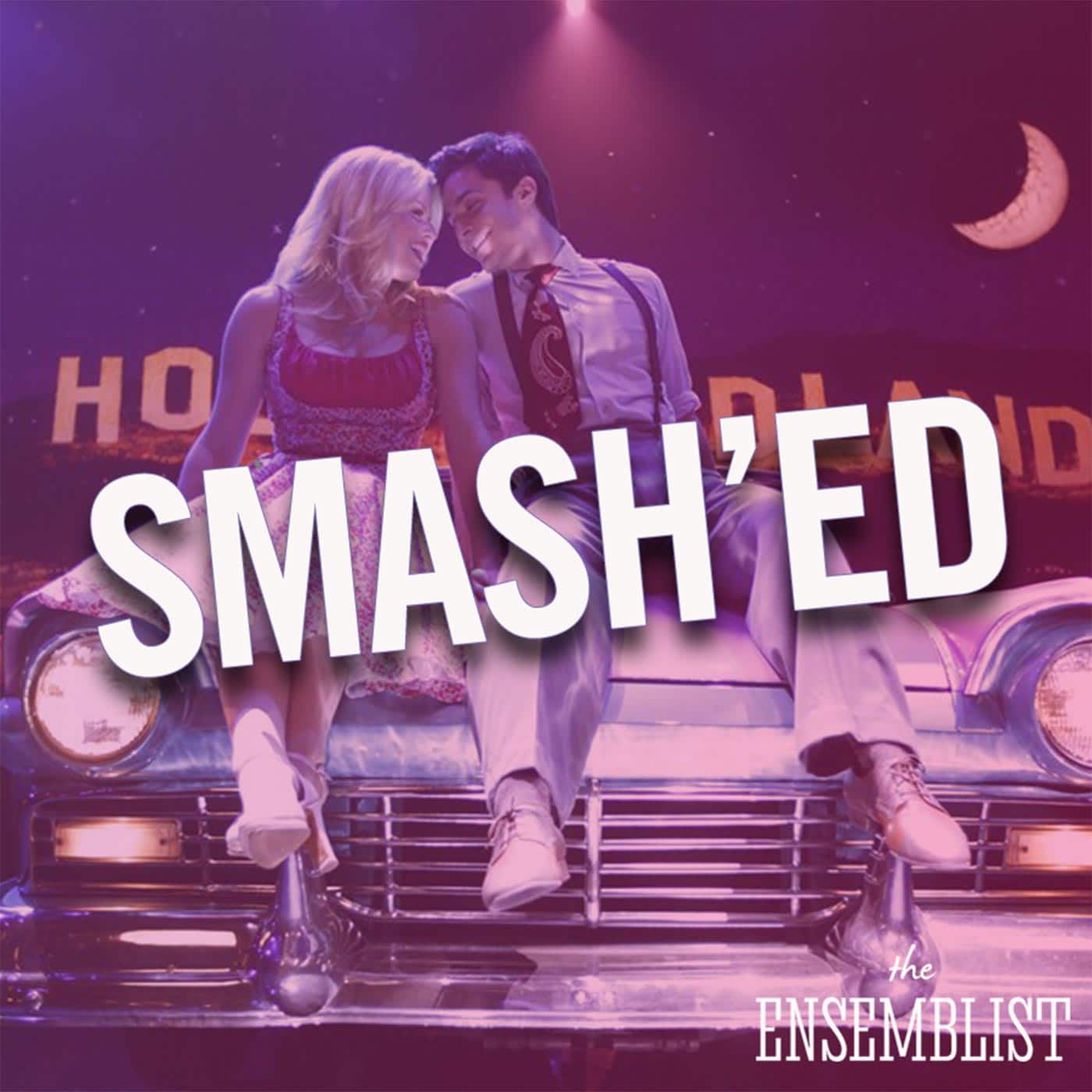 “Tech” premiered on April 30th, 2012. It was written by Jason Grote & Lakshmi Sundaram, and directed by Roxann Dawson. Sadly, viewership dipped back down even despite the surge from the previous week, amounting to a mere 5.34 million.

Songs this week mainly featured non-Smash properties: we got an opening montage set to Cole Porter’s “Another Op’nin’, Another Show” sung by Christian Borle, and a cover of Rose Royce’s/Mary J. Blige’s song, “I’m Goin’ Down,” sung this time by Megan Hilty. The other two songs we heard were snippets from tech that we heard in previous episodes: “History is Made at Night” and “The 20th Century Fox Mambo.”

It’s “another openin’ of another show” for the company of Bombshell. The company makes the journey from New York to Boston for the show’s pre-Broadway tryout. The Ensemblists are joyously rolling their roller bags through Grand Central Station, Linda the stage manager is ushering costume racks into the dressing rooms.

With the first preview two days away, the show is… not ready for an audience. Derek is on the verge of having a stroke, with the show’s technical elements barely coming together.

The number one rule of tech is: nobody has any time! Derek doesn’t have time to tell Rebecca that her leading man has quit the show for a TV pilot. But when she hears that Eileen is thinking of bringing Michael Swift back, Julia gives an ultimatum: she can have Michael or her on the production but not both.

Rebecca admits to Karen that she’s nervous about performing Marilyn for an audience. For the first time Derek seems to direct, telling Rebecca to “use her star power” in her performance. But he uses and abuses his own star power, giving her shoulder massages that lead to a dressing room make out session.

Ivy goes through her own emotional rollercoaster, starting with Derek saying he loves her before standing in for Marilyn, to being relegated to changing Rebecca’s gloves and listening to her and Derek make out from outside her dressing room.

Jessica says “No civilians during tech. We’re in the middle of a war. They don’t get it.” Dev comes up anyway, and while out at a romantic dinner admits proposes to Karen. The following is the verbatim conversation between Dev and Karen after he pulls out the ring:

KAREN: “Of course not, I just don’t know what to say.”

KAREN: “I’m sorry, Dev. I’m just under so much pressure now. Tech is so crazy.”

DEV: “It’s sounding more and more like a no.”