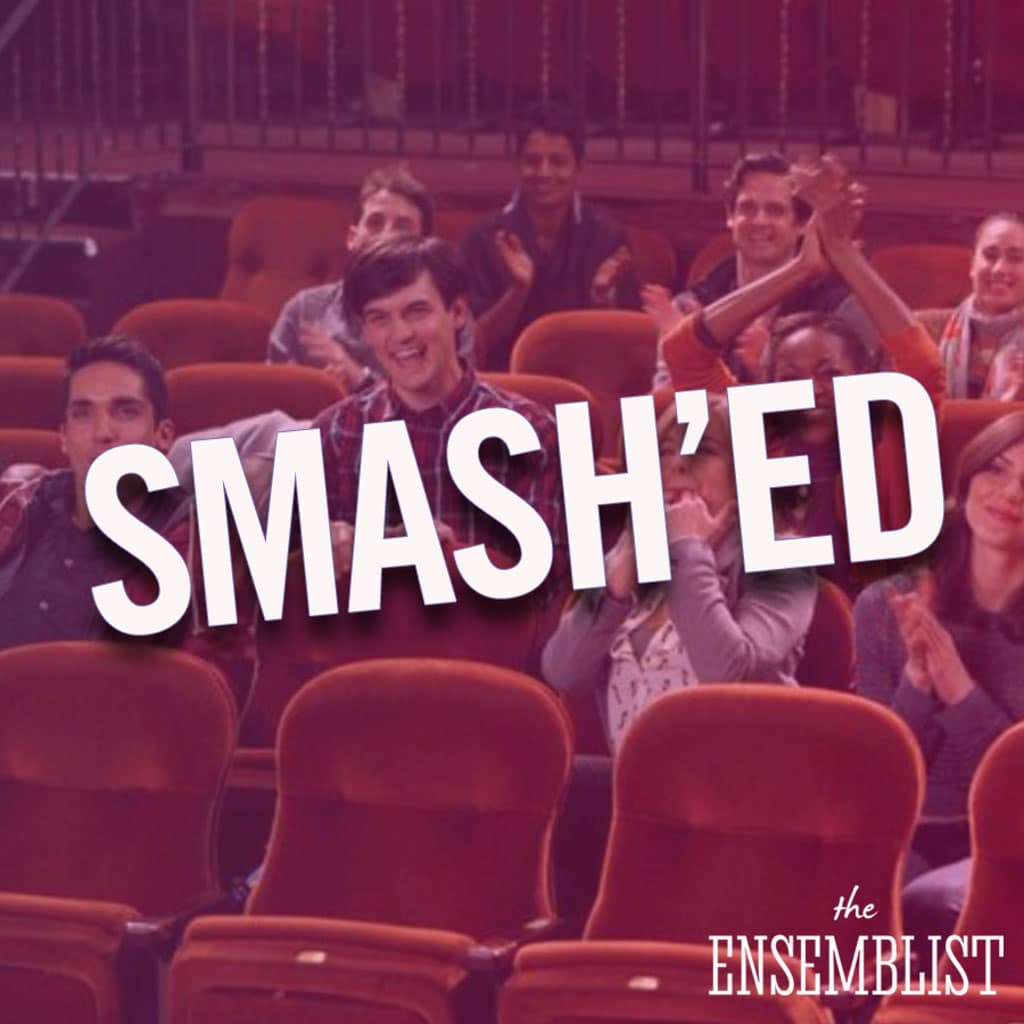 “Bombshell” premiered on May 14, 2012. Rebeck stans rejoice: this finale episode was written by show creator Theresa Rebeck. It was also directed by Michael Morris, who last directed episode 3 of the series. The viewership was up by about a quarter million viewers this week, ending the season with a triumphant 5.96 million! Yay!

No covers this week! Instead, rounding out the season was all music by Marc Shaiman and Scott Whitman. Just like last week, we had various snippets of the Bombshell songs, but most notably were a fully-staged production number (complete with Ivy cutaways) of “I Never Met a Wolf Who Didn’t Love to Howl,” and the thrilling last-minute finale of Don’t Forget Me, sung by season 1’s understudy-turned-leading lady Karen Cartwright.

It’s 15 minutes til places and the theatre is buzzing. Tom and Julia are feverishly finishing rewrites to give to their new Marilyn. But who is it? Karen or Ivy?

We are transported twelve hours earlier, where Derek, Eileen, Tom and Julia are arguing about how to move forward now that Rebecca has left the production. But in Derek’s mind he continues to see Karen as his Marilyn, so he makes the decision to put Ms. Cartwright on as Ms. Monroe.

The day is spent putting Karen into the show, altering costumes and updating her on rewrites. And as the rehearsal progresses, Karen proves herself adept at the part. But even while she is being put in there are whispers that Ivy already knows most of the show, most notably from Ms. Lynn herself.

When Ivy confronts Derek about why it wasn’t her, he finally admits to her that he’s always seen Karen as Marilyn in her head. She’s not the only one who is #TeamIvy; Even Eileen is pushing Derek to put Ivy on. When Karen learns that Ivy and Dev hooked up she takes her wig off and goes missing. Ivy goes as far as getting into Marilyn’s costumes but Derek gets Karen to channel her personal angst into the role and get back into rehearsal.

And with that we are back at the evening preview with Karen shining as Marilyn Monroe, debuting Tom and Julia’s new ending to the show, a stirring ballad called “Don’t Forget Me.”