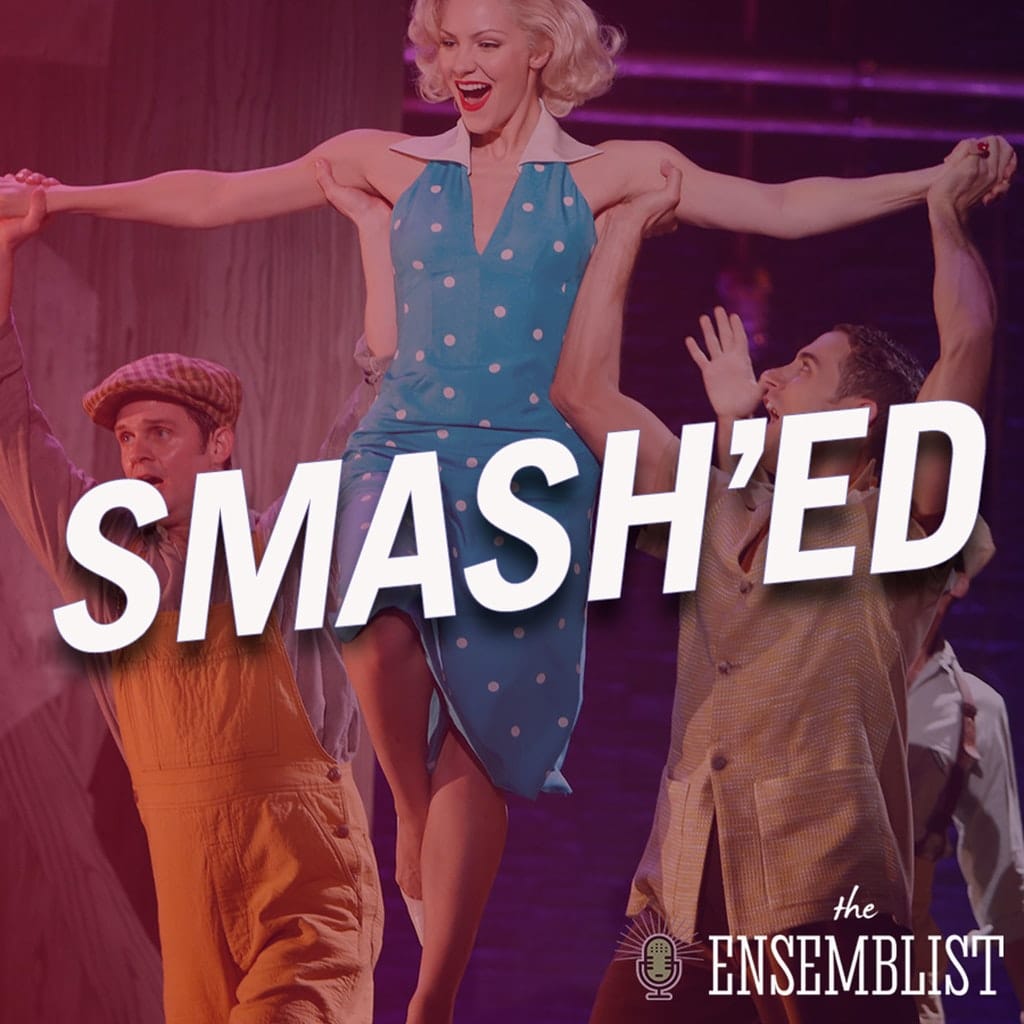 The premiere featured 6 songs: three original songs by our original team of Marc Shaiman and Scott Whitman, which were the good ol’ “Let Me Be Your Star,” a new song from Bombshell called “Cut, Print…Moving On,” and a new song from a different musical altogether, called “Mama Makes Three” from the show Beautiful (no, not that Beautiful) starring JHud. The two covers in this episode were the titular song “On Broadway” by the Drifters, and “Don’t Dream It’s Over” by Crowded House. Most notably though, the Season 2 premiere marks the introduction of composer Joe Iconis, who wrote the song “Broadway, Here I Come!” Iconis was the first of many musical theatre composers who were able to feature their work throughout the second season of Smash.

After closing the pre-Broadway run of Bombshell, Producer Eileen Rand assembles her growing team to announce her goal of booking a Broadway theatre by the end of the week. She’s also planning a soirée for potential investors and invites Karen to pick her three back up singers (Her selections do not include the libertine Ivy Lynn, who Karen is still angry with for sleeping with her ex-boyfriend.)

Derek takes Karen to see his former leading lady Veronica Moore tear the roof off of the St. James in a musical called Beautiful. However, this is not the Carole King biomusical but a rousing gospel show. After the performance, Veronica tells Karen “Someone’s always waiting to take you down, honey. But if the work is good, they won’t be able to.”

Disdain for Ivy seems to be growing within the production; While other pre-Broadway ensemblists gave received offers for Broadway, Ms. Lynn is still waiting to hear. At rehearsal for the producer soirée, Ivy asks Julia advice. The lyricist tells her, “Maybe you apologized to Karen, but you were apologizing for the wrong thing.”

On their way to the event, composer Tom congratulates his boyfriend Sam on getting offered the General in The Book of Mormon tour. Sam says he would rather stay with his ten lines in Bombshell in order to be close to Tom. But as they canoodle down Central Park West they spot Julia’s husband caressing a coworker, effectively the final straw in ending her dissolving marriage.

Covering for a truant Jordan Roth at the investor event, Veronica and Karen duet on an impromptu rendition of “On Broadway.” Afterwards, Derek tells Ivy that she won’t be joining the Bombshell cast on Broadway. However, the real drama happens after the performance, when Eileen tells Karen and the creative team that Bombshell is being investigated. While the government is looking into how Eileen received the financing, Bombshell is effectively on hold for the foreseeable future.

The next day, Derek commiserates with Karen about how they’re both out of work, telling her “call me if you hear about something else.” But later that night while nursing a drink at a Restaurant Row piano bar, Karen meets a team of musical theatre songwriters who may just be Derek’s “something else.”