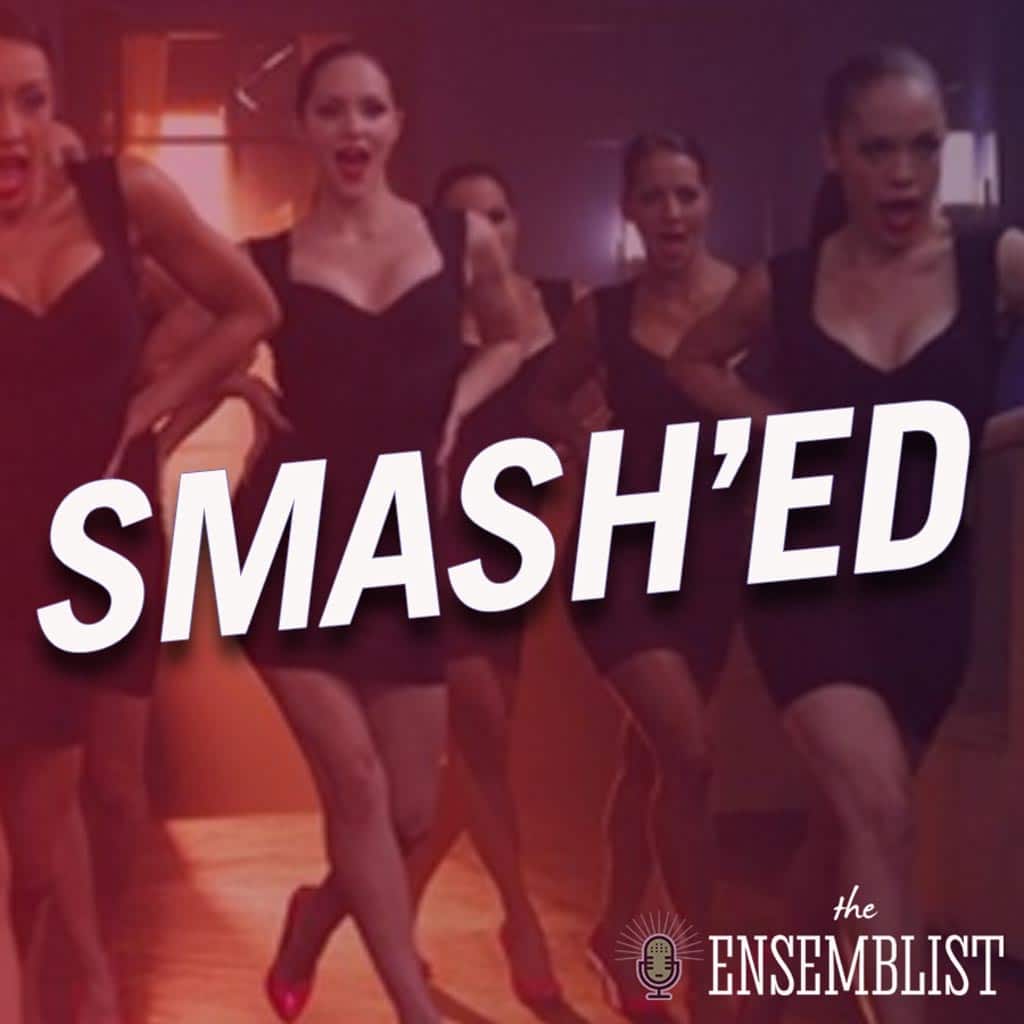 “The Fallout” premiered on February 5th, 2013, immediately after the premiere episode. (Aww, remember those two-hour premieres that networks used to do back in the day, Mo?) It was written by Julie Rottenberg & Elisa Zuritsky, whose previous work we saw in the season 1 episodes “Let’s Be Bad” and “The Movie Star,” and was directed by Craig Zisk. Now, here’s a weird thing: viewership for this episode was 4.45 million, down from 4.48 in the previous episode WHICH WAS AN HOUR AGO. I guess 30,000 people collectively turned off their TVs after hour 1?

We had three featured songs in this episode: one cover of the Eurythmics’ “Would I Lie To You?” And two original songs by two different musical theatre composers: the first by then-up-and-comer duo team Pasek & Paul called “Caught in the Storm” sung by Katherine McPhee, and the second by our home team of Marc Shaiman and Scott Whitman called “They Just Keep Moving the Line” sung by Megan Hilty.

Eileen summons her bruised songwriting team to attend the American Theatre Wing gala, but Julia can barely get out the door let alone put on cocktail attire. But Julia heard from Mary Testa who heard from Jackie Hoffman who heard from Cheyenne Jackson who heard from Harvey Fierstein that she and Julia would be presenting at the gala (a lie that Tom made you on the street).

In addition to Bombshell being put on ice, Derek gets fired from The Wiz – not only because he shagged a couple of actresses but the five dancers are accusing him of sexual harassment. One of them, Daisy, serves Derek the T in front of Schnippers, saying “You don’t get it. You’re a big shot Director. You’re in a position of power from the mind you wake up in the morning and you don’t treat that power with respect.” Derek second guesses his serial seducing in a dream sequence set to the Eurythmics’ “Would I Lie To You?”

Ivy is considering leaving the business, as she’s going in for parts that she would have passed on two years ago. But running into a drunken Derek on a stoop, he leaves her with one nugget of wisdom: “You weren’t my Marilyn, but what do I know?”

Karen Cartwright hunts down the young and unknown composing team. Half of the team, a twink named Kyle, is eager to collab with Karen. But while his songwriting partner Jimmy is cute enough to go to Greenpoint for, he is anything but agreeable. Even her attempts to wow Jimmy with an impromptu performance of one of his songs drives him away. Jimmy retorts that he doesn’t need help to make it big, but decides the next day that he’ll give it a go with Karen for Kyle’s sake.

The American Theatre Wing gala becomes an embarrassment for the Bombshell crew, when Tom gets caught in his lie about presenting and Eileen is asked to leave by the League president. But she decides to leave the industry with a parting shot to remember: an announcement that Bombshell is coming to Broadway this season followed by Ivy Lynn giving a stunning rendition of a never-before-heard tune called “They Just Keep Moving The Line.”