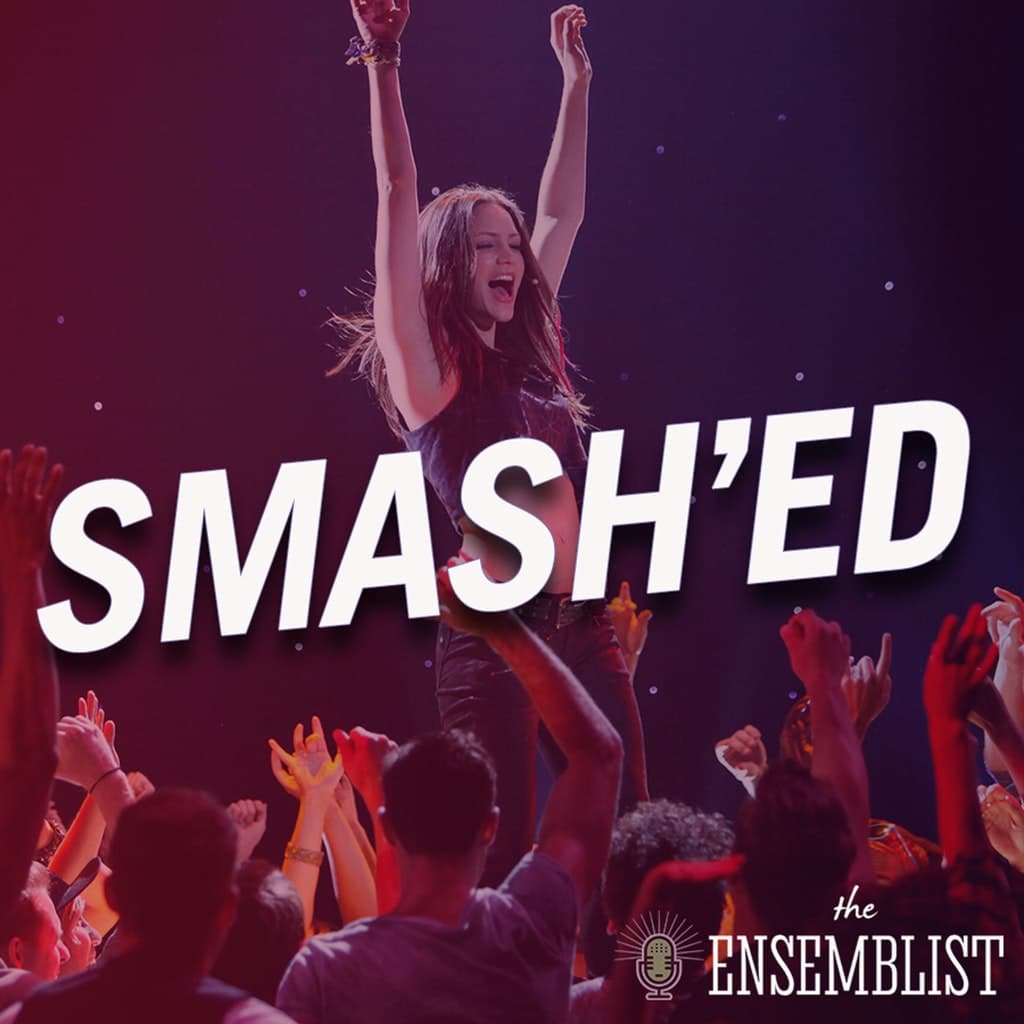 “The Dramaturg” premiered on February 19th, 2013. It was written by Larry Shaw, and directed by Bryan Goluboff, both newcomers to Smash as of season 2. The viewership was 3.29 million viewers, which was 1.16 million down from the previous episode two weeks prior.

We saw new material from both of our up-and-coming shows this episode! We were treated to a brand-new song from Bombshell, called “Our Little Secret” written by Marc Shaiman and Scott Whitman, and a preview of a song from currently-unnamed-show-soon-to-be-known-as Hit List, called “Good For You” written by Drew Gasparini. The episode also featured Megan Hilty singing a cover of Robyn’s ”Dancing On My Own,” as well as snippets of The Wiz’s “Soon As I Get Home” sung by Jennifer Hudson, and Katherine McPhee’s mini-rendition of “They Just Keep Moving The Line.”

Eileen demands that Tom and Julia meet with a dramaturg named Peter Gilman to make the quick fixes she thinks the show needs. Tom thinks Peter could be a shepherd for their play, but Julia is afraid dramaturgs are parasites especially when he reads her for focusing on DiMaggio instead of putting the sex appeal into Marilyn herself.

Derek knows that new musicals take years to develop, but needs something now, something big. So he’s burning the candle from three ends: staging a Bombshell number for producers, scheming with Veronica Moore to get his job back at The Wiz and agreeing to meet Kyle and Jimmy about the plot that goes around their great songs.

Ivy talks Smash’s real casting director Bernie Telsey into letting her audition for a revival of Liaisons, but feels like she has little chance of booking up again “real names” like Jen Damiano and Jessie Mueller. When she stops by Bombshell rehearsal to ask Derek for advice, she realizes that she needs to start “dancing on her own.” Tom helps her to realize the Liaisons role is more like Marilyn than she imagined, but the boost helps her win the part.

Inspired or in spite of Peter Gillman, Julia writes a non-PG number for Marilyn and JFK called “Our Little Secret.” It loses Derek a job on The Wiz but Eileen calls it the perfect direction for Bombshell.

Jimmy is his usual angry-white-man self, seemingly pissed off at every opportunity Karen and Kyle provide him to share their show with the world. When they finally meet, Jimmy describes the story of their show: a young man who hates the world but has a treasure trove of mind blowing music. Stealing his songs to catapult her to fame, a female fling gets addicted to the fame his music provides – and he lets her even though his love will destroy him. Derek is intrigued enough to pound beers with the team, and they begin their work on the new musical…