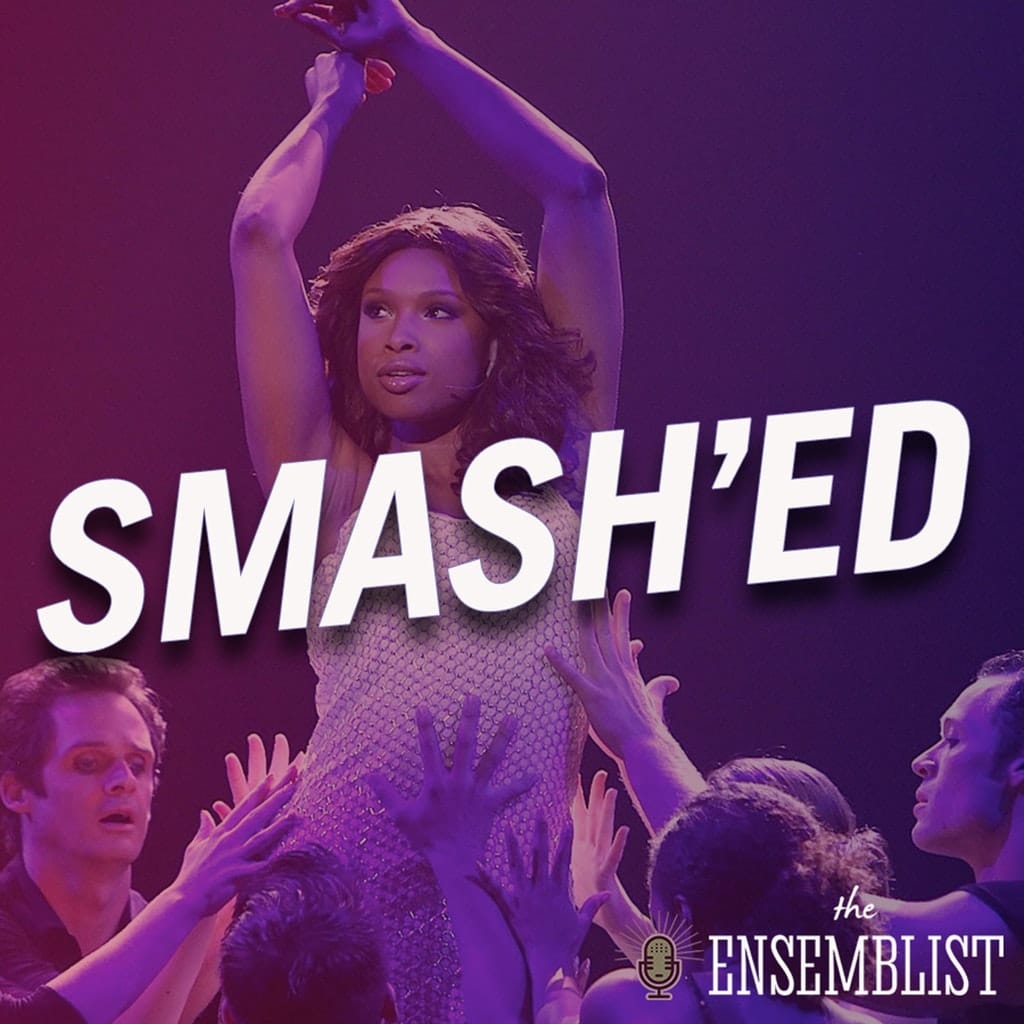 “The Song” premiered on February 26th, 2013. It was written by Bathsheba Doran, and directed by Michael Morris, whose work we last saw in the season two premiere. The viewership was down a quarter-million from last week, amounting to 3.04 million viewers tuning in on premiere night.

We had five featured songs in this episode, with only one pop cover this week! Yay! That cover was Billy Joel’s “Everybody Loves You Now” sung by Andy Mientus and Jennifer Hudson. The only other non-original song was “I Got Love” from the musical Purlie, featured both in its original arrangement and it’s more Derek Wills-Esque risqué arrangement. Lastly we had three Shaiman/Whitman originals, “I’m Not Lost,” “Chest of Broken Hearts,” and the titular song itself, “I Can’t Let Go.”

Veronica Moore has got love for her new one-night-only concert, but with a song list of her greatest hits, Derek is afraid the showcase is just “another good girl role for Broadway’s Sweetheart.” As if by kismet, Kyle and Jimmy are looking to get noticed by trying out their material somewhere that counts. That place just happens to be Veronica’s concert, when Derek challenges the duo to present him with a new song for her to debut.

As the concert’s music director, Tom tells Kyle and Jimmy that while their trunk songs are good, they aren’t right for the concert. Kyle says that they’ll write “Something Ronnie and Derek, Broadway and them” in the next 24 hours (the same time it took Sondheim to write “Send in the Clowns.” But then Veronica’s “Momager” threatens to fire Derek for making the concert too adult, he succumbs and tells Kyle and Jimmy that their services are no longer needed.

One of the concert’s back-up dancers goes MIA as – “and I quote – ‘my boyfriend requested that I no longer work with Derek.’” Ivy Lynn pinch hits as it turns out she was a swing when Veronica was Audrey in Little Shop. And in the biggest surprise of all, Karen is actually OK with working with Ivy.

Julia feels hoodwinked when Peter the dramaturg invites her to his NYU class, only to have his students critique her Bombshell script. But after confronting him about his games, they end up day drinking on a weekday and cracking the code to fixing her Bombshell script.

Ivy ends up becoming mother hen to the concert: inspiring both Ronnie and Derek to listen to their guts when it comes to the song list. And that final song list ends up including a new song by Jimmy and Kyle after all: a soaring ballad called “I Can’t Let Go.”

One last coda: Bombshell is freed of its legal troubles and OK’ed to move to Broadway but under one condition: Eileen isn’t allowed to produce it any more. Somehow, that pesky Ellis still ruins everything!