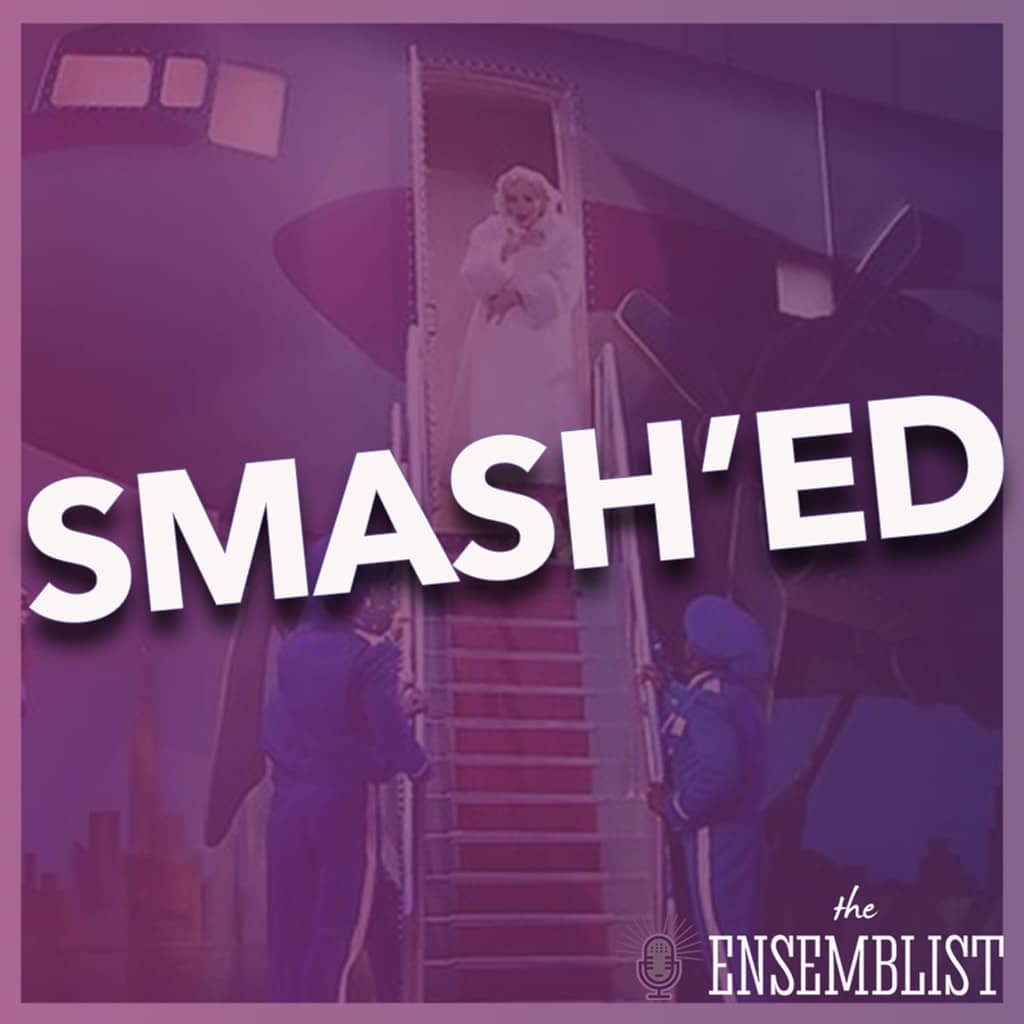 We didn’t have a whole lot of music this week, despite hearing the read-throughs of two different shows. We saw a Bombshell fantasy Act 2 opener, complete with tap break, called “Public Relations” by Marc Shaiman and Scott Whitman, and a snippet of Hit List’s “Caught in the Storm” by Pasek and Paul, Jeremy Jordan rendition. We also saw a fantasy sequence to a cover of “Some Boys” originally by Death Cab For Cutie.

Bombshell has booked the Belasco! In a walkthrough of their new home, Tom imagines a new second act opener for Bombshell called “Public Relations” which looks remarkably like a song from Catch Me If You Can, down to the plane set and stewardess. Now finishing each other’s sandwiches, Julia and Peter stroll in late to the walkthrough late but thrilled with the new script draft they’ve created together.

Despite multiple sexual misconduct allegations, Derek has friends in high enough places to get Hit List a spot in the “Winter Fringe Festival.” But with the Festival in just two weeks, Karen and Ana rally Bobby, Jessica and the rest of their ensemblist cohorts join for a read through where they learn that while Jimmy’s music is great, Kyle’s dialogue and the characters… aren’t. But after their failed reading, Jimmy, Kyle, Ana and Karen crack the code that could turn into a success: scrap the book scenes and make the show sung through.

A week into rehearsal for the Broadway revival of Liaisons, Ivy finally meets her co-star Terry Falls. But Terry doesn’t even know his stage left from his stage right, turning “a real drama into Spamalot!” However, Ivy will have none of it – refusing to stoop to conquer and teaching Terry how to act in the process.

Ahead of a reading of the new Bombshell script, Julia hears rumors that Peter has purposefully upended other shows by feeding the writers ideas bad enough to be fired. But despite those rumors, the reading goes off swimmingly with all parties impressed by the rewrites. So much so that Derek halts his plans to take Hit List to the fringe after all.

It’s an artistic triumph, but their new producer Jerry Rand says it’s not commercial enough to be a financial hit. With a hung jury of creatives, Jerry, Derek, Tom and Julia leave it up to Eileen to make the decision about which Marilyn musical to bring to Broadway: a sexy, provocative insightful musical or a lush, dazzling spectacle…