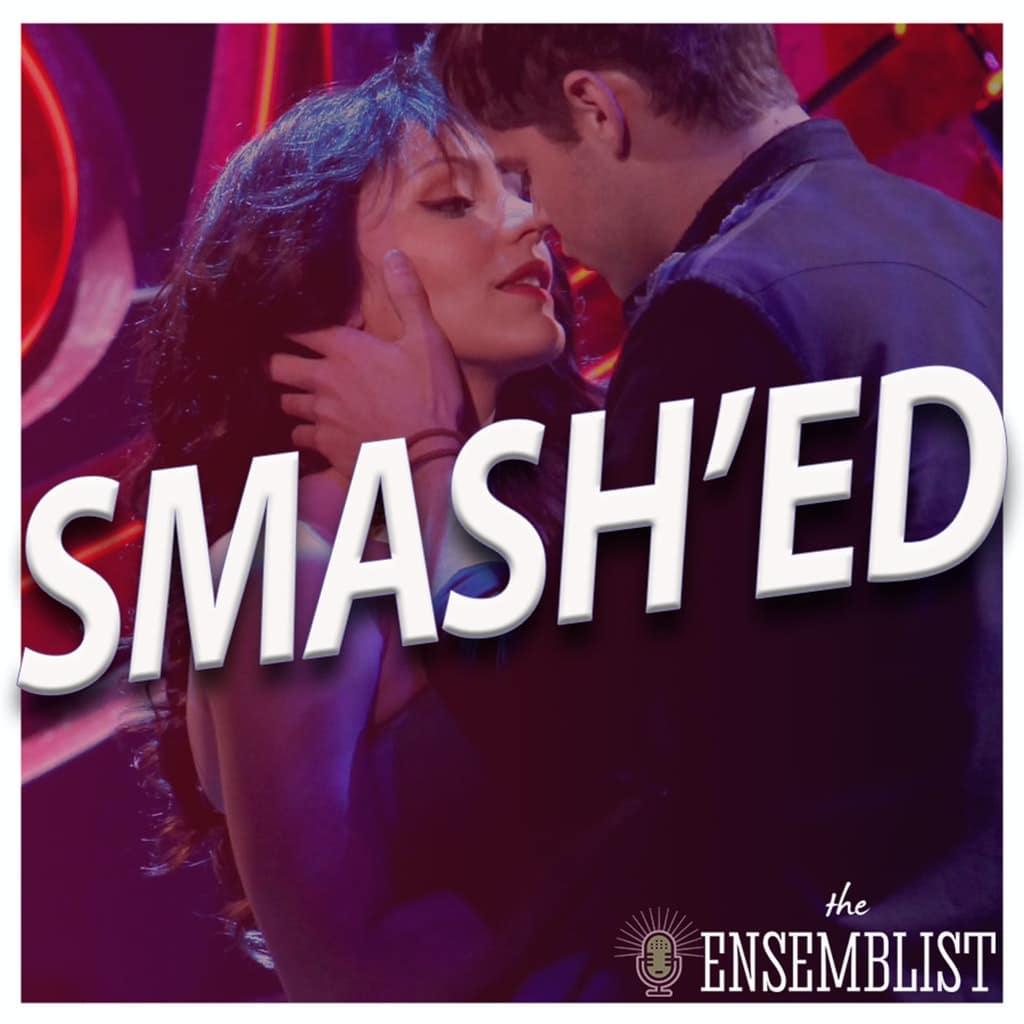 “The Fringe” premiered on March 12, 2013. It was written by Julia Brownell, and directed by Dan Lerner, two more newcomers to the Smash family. The viewership was up this week! Up 220,000 from the previous episode, “The Fringe” was seen by 2.9 million viewers.

We saw three songs and a reprise this week: one of which was a cover of “This Will Be Our Year” by The Zombies, sung by the Hit List cast. The other two and a half were original songs from all three of our musicals! Marc Shaiman and Scott Whitman delivered us a reprise of “Never Give All the Heart” from Bombshell, and a Glitter-and-Be-Gay inspired number from Liaisons called “A Letter From Cecile.” Lastly, from Hit List we got a new song called “Heart Shaped Wreckage,” written by Julian Emery, Jon Green, James Lawrence Irvin, and Lucie Silvas.

Hit List has booked a spot in the Winter Fringe after all! It’s only two presentations in shoebox, but Jimmy is convinced Hit List is good enough to outshine the venue. Which is good because the show gets picked up by Time Out and “a bunch of theatre people RSVP’d!”

Back at Bombshell, Eileen has decided to produce the dynamic, technicolor fantasy that Tom and Jerry prefer, much to the schgrin of Julia and Derek. Karen is all lined up to star in Hit List, but Jerry can’t be “introducing Karen Cartwright” if she’s already been introduced at the Winter Fringe, which leaves Jimmy, Kyle and the rest of the Fringe crew understandingly ticked off about Karen’s backing out.

At a coffee klatch in Madison Square Park, Ivy tells Derek that Terry Falls continues to derail Liaisons into a farce. But he replies that standing out as good in a bad show is a time-honored theatre tradition and to follow her instinct. She spices up the production’s press preview by adding her own brand of humor, but her good work threatens Terry Falls. Only in an 11th hour company meeting does Terry have the balls to invite the company to

Bombshell’s new producer Jerry Rand continues to meddle with Julia’s script, suggesting they cut the intellectual downer of a song “Never Give All The Heart.” He and Eileen give Tom a challenge: change it into an uplifting song that makes them feel something in the next 24 hours. The composer puts a new spin on the song, making it a cautionary tale, empowered instead of wistful. But Tom’s direction puts Derek over the edge, quitting the show and storming out of rehearsal. And Eileen loves the work enough to crown Tom Bombshell’s new director.

Derek’s departure from Hit List frees up Karen to perform in the second night of Hit List at the fringe, as well as making him available to watch her in it. Derek is taken by the show and the performances of both Karen and Jimmy. Scott Nichols, artistic director at Manhattan Theatre Workshop says the show is actually the kind of project he is looking for.