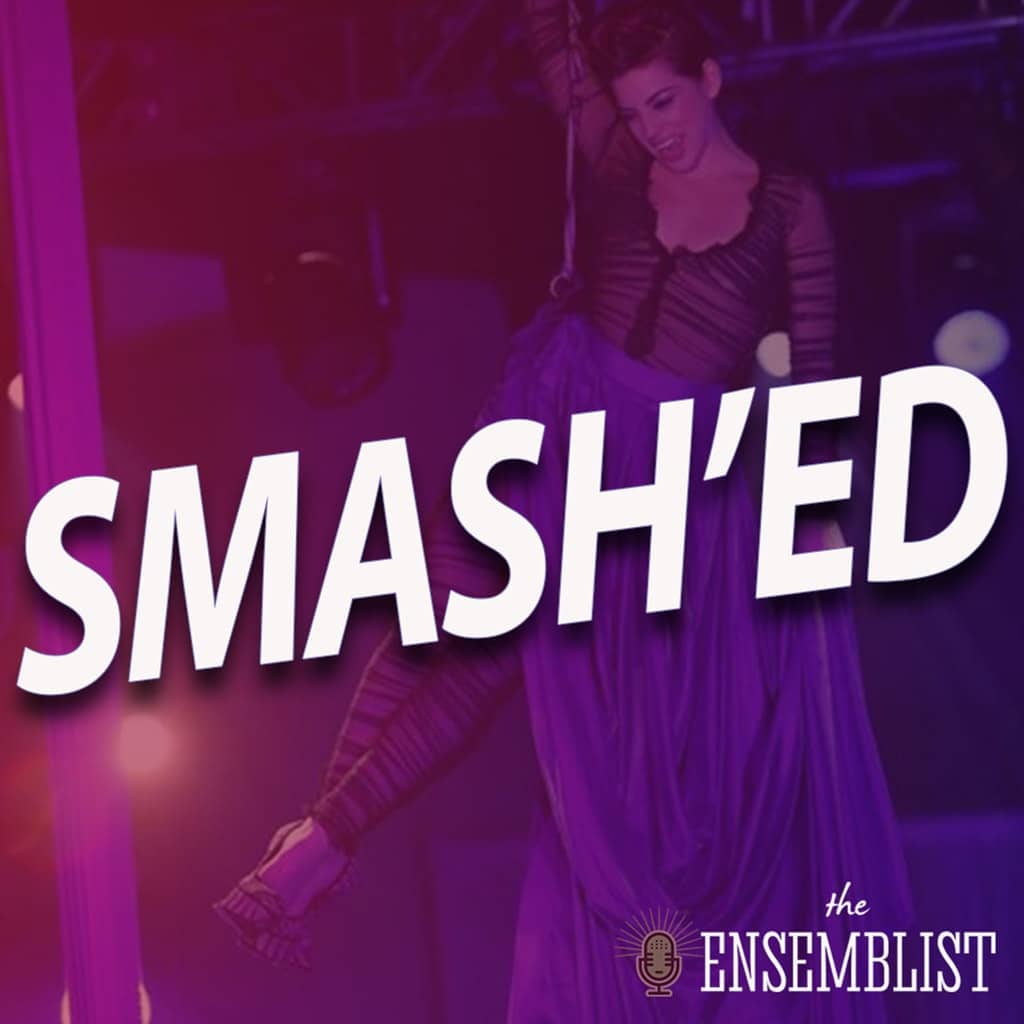 At the Manhattan Theatre Workshop’s gala, Karen’s rendition of “Broadway, Her I Come” goes well, but it’s Ana’s gravity-defying performance of “Reach For Me” on silks that brings the house down. And when the Arts Editor of the New York Times commends Ana’s performance, Scott Nichols wants to make the character bigger. And who does he ask to help work as dramaturg to make it happen but Bombshell writer Julia!