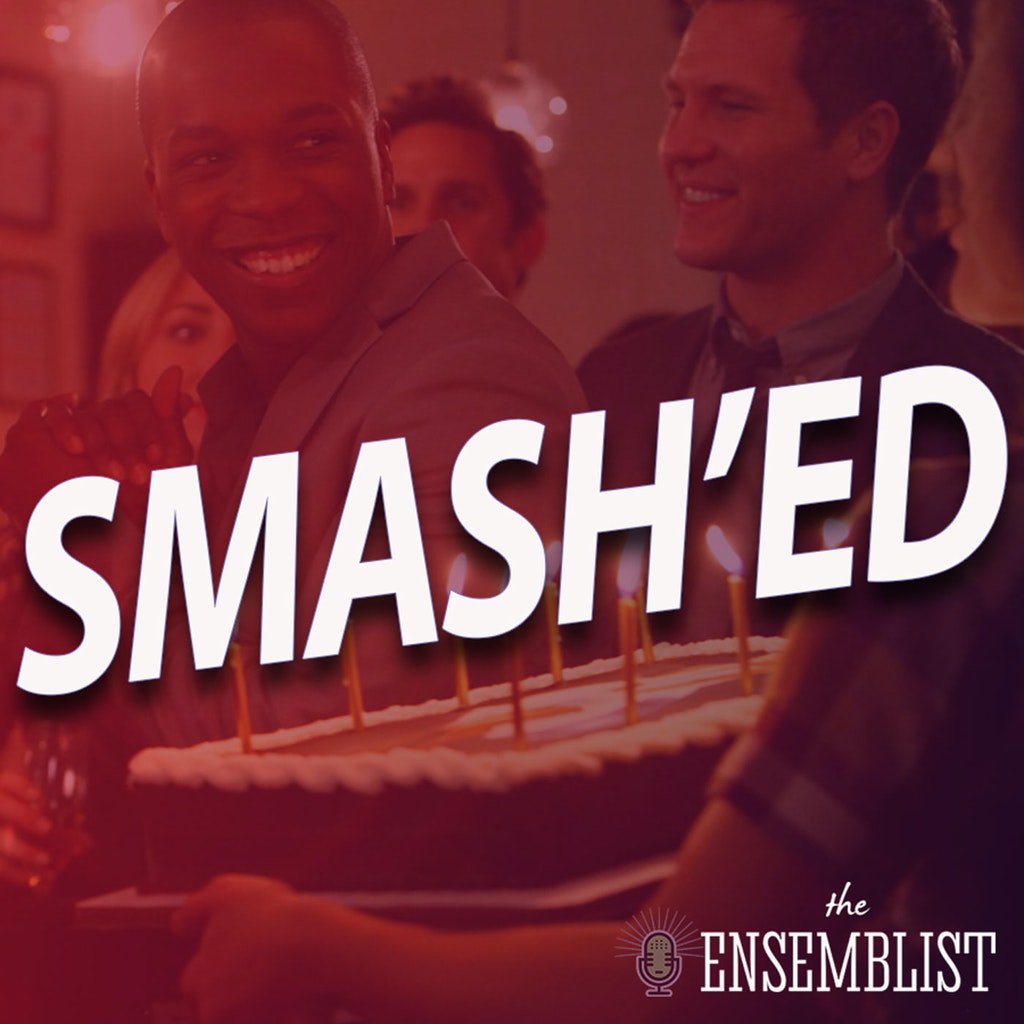 We had three featured songs this week: two originals and one cover…and this time, no reprises!! The originals included a Pasek & Paul original called “Original,” boppily sung originally by Bombshell’s original Marilyn Katharine McPhee, and a Shaiman & Whitman piano-bar tune called “A Love Letter From The Times,” sung by the legend herself Liza Minnelli! (Oh, and Christian Borle too.) Our one cover was an underscore version of The Verve’s “Bittersweet Symphony” sung by the birthday girl Ivy herself, Megan Hilty.

Bombshell is in tech rehearsal, and it’s very clear that Ivy has not forgiven Tom for casting her mother to play Gladys in the show. She seems to have poisoned the entire company against him. He can’t take back what he did, but he can remind her how much her loves her with a birthday surprise for the ages: dinner with Liza Minnelli. But Ivy already has her own surprise party planned, so now she has to balance two parties: one with Tom, and one that he can’t know about.

At Hit List rehearsal, the company showcases a new song called “Original” for New York Times editor Richard Francis. He likes the number, a cautionary tale of a woman reinventing herself to become a star, but Francis is more fixated on what could be backstage drama: a director and ingenue ditching Broadway for off-Broadway arm in arm.

Julia is doctoring the script of Hit List and finds the biggest problem is The Diva, who she identifies as not really a character, but a trigger for Amanda who has no real agency of her own. In coaching Kyle on his script, she learns that he hasn’t really… ever… learned how to write a musical. But in a day of storyboarding with Julia and Scott Nichols, Kyle cracks the code at how to add some drama into Hit List.

Even though Liza Minnelli singing an original composition that Tom wrote during tech turns Ivy back into a Tom fan, she still doesn’t invite him to her birthday party. But when she leaves her keys at dinner, Tom walks in on a full company birthday party that he wasn’t invited to. Mama Ivy has to teach Tom that while they’re working, they can’t prioritize their friendship over their work.

Karen and Jimmy have been conoodling in the costume racks, but he still wants to keep their relationship on the DL – per Derek’s request. But Karen doesn’t know about their agreement, and when she tells Derek, it puts a riff back between him and Jimmy that affects their work in rehearsal. Karen has to remind Derek that he doesn’t own her, which gives Jimmy and Karen agency to start dating in public.