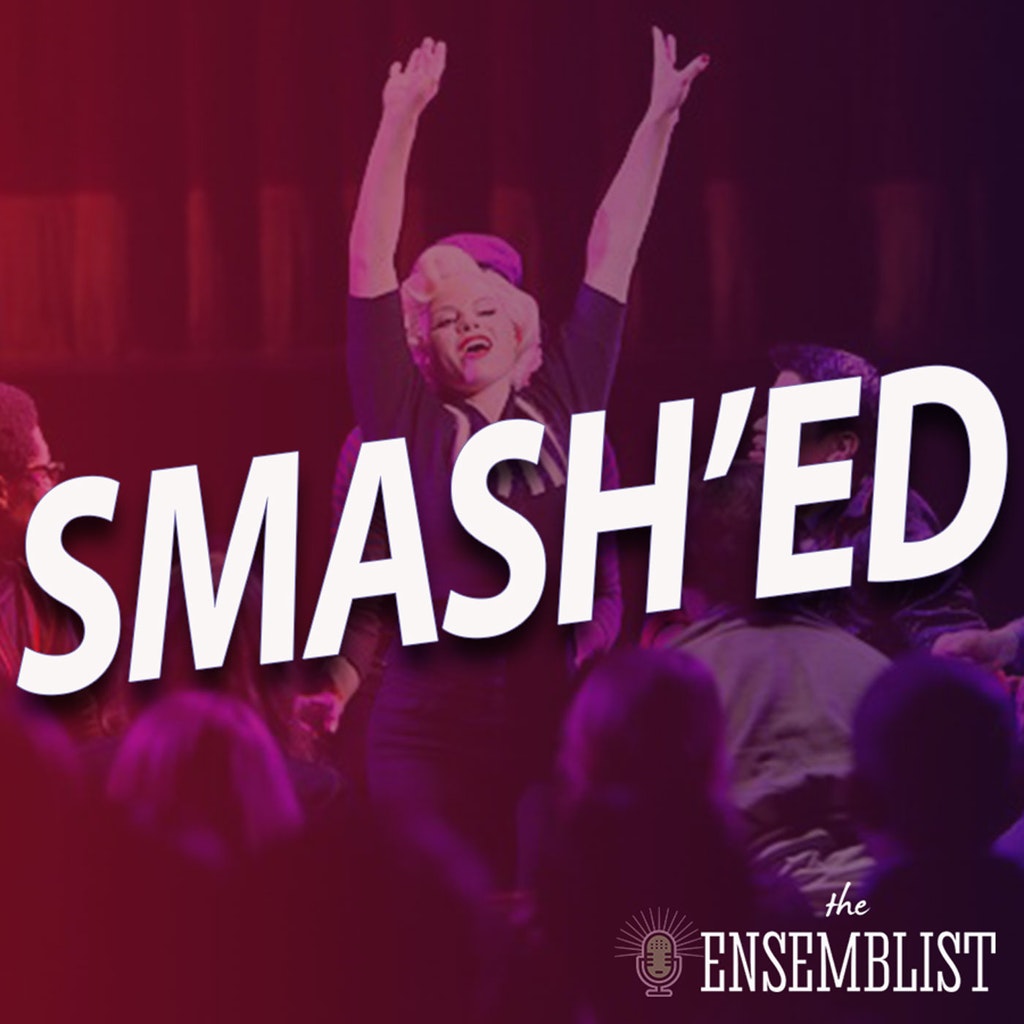 “The Dress Rehearsal” premiered on April 13th, 2013. It was written by Julia Brownell, who last penned episode 6 of this season, and was directed by Mimi Leder, who last directed episode 7 from LAST season. The viewership of Smash hit its all-time run-of-show low this week, bottoming out at 1.80 million, which was down from the previous week by 80,000 viewers. Silver lining: it only goes up from here!!

We had all original songs but nothing new this week. We were able to revisit excerpts from Bombshell’s Let Me Be Your Star, Our Little Secret, and Dig Deep, all written by Marc Shaiman and Scott Whitman, and a new acapella prologue version of Broadway Here I Come for Hit List, written by Joe Iconis.

Even though he isn’t an actor, director/liberrist Tom Levitt is having actors’ nightmares before Bombshell’s invited dress. The run-through is riddled with mistakes – a surprise nude scene for Ivy, the house did not come in for “Mr. & Mrs. Smith,” and poor Brian pulls a muscle – which means that Sam might be going on for him. Eileen recommends cancelling Bombshell’s first preview but Tom thinks it’s an invitation to the press to sharpen their knives. So Eileen gives him a challenge: fix all the problems by 3pm today or she’s going to cancel the performance.

Jimmy has been pulling all-nighters writing nine new songs for Hit List, a task which he is sure has been laid on him by Derek as retribution for Karen and Jimmy dating. Derek is finally reinspired to make changes to Hit List – adding reprises and a new framing device that tells the story in flashback. Jimmy is having a fit about the changes, but it’s hard to know whether that’s because of his ego, his all-nighters, or his coke habit. Kyle and Ana are hype about the rapid-changes Derek is making to Hit List, but Karen is convinced they are simply retribution for dating Jimmy.

Tom isn’t able to fix all of the problems of the invited dress in six hours, but lies to Eileen so she doesn’t cancel the first preview. But when Tom isn’t able to get the intermission down to 15 minutes, Julia pinch-hits with a new staging idea for the top of Act II that allows it to be staged in the audience instead of the stage.

Even though Ivy’s nudity in the dress rehearsal was a mistake, it’s given the show a spike in both buzz and ticket sales. Eileen and Tom ask Ivy to keep the nudity, a decision she doesn’t make until she onstage for the first preview. When she finally decides to keep the nudity, it ends up making a show-stopping moment that is perfect for the scene.

But all is not good with Bombshell. After not being put on to cover an ailing ensemblist, Sam quits the show saying that his career is “going in the wrong direction.” And New York Times publishes an article saying the spirit of Marilyn Monroe is alive and well onstage, but in Hit List. The Grey Lady calls Hit List “edgy and occasionally brilliant, bound to take the theatre season by storm” and leading the way for Hit List to move uptown toward the Main Stem.