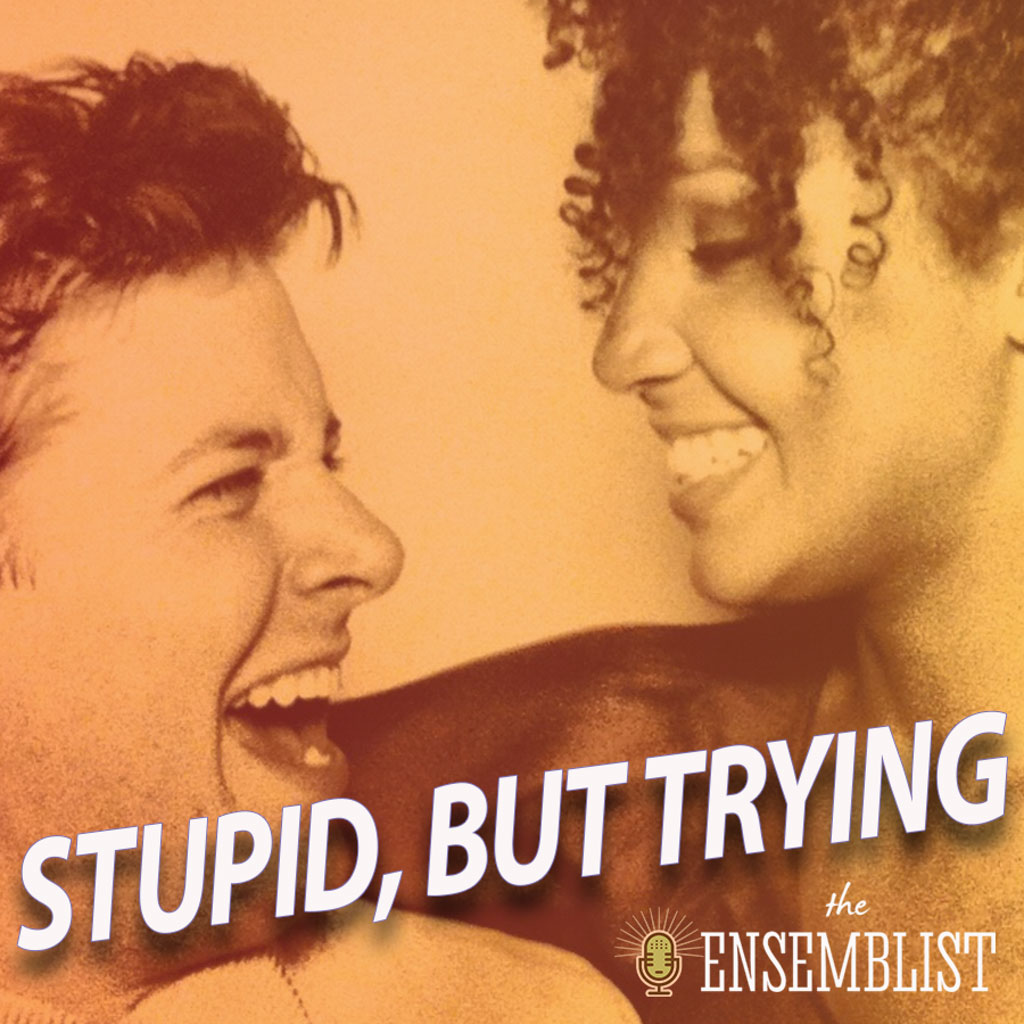 You’re about to listen to the first official episode of what I hope will be a very entertaining and informative series called STUPID, but trying… My therapist hates that title, but it’s easy to feel stupid when you experience something new. I’m just your average white gay actor/director last seen in Beetlejuice on Broadway and after a conversation about race and theatre with my cast-mate Gilbert L. Bailey II on Instagram LIVE, I thought it might be a good idea to continue these difficult and layered conversations with other members of the broadway community. I’m prepared to ask those questions that you’re too scared to ask. I don’t mind looking stupid, cause I’m trying my best. What’s really stupid is being scared to get to know someone. Maybe the next series will be called, informed and still trying.

My guest on IGTV LIVE this week is someone I went to school with, I’ve directed her, we’ve performed together, we lived together for 5 years, she made her Broadway debut as Sarah in the revival of RAGTIME, she made history as an emergency understudy when she went on with a script in hand as Trina in FALSETTOS, she is currently the all-time quintessential Angelica Schuyler, please try to imagine how beautiful she is when you hear me scream when I see her face, broadway’s darling, Stephanie Umoh.